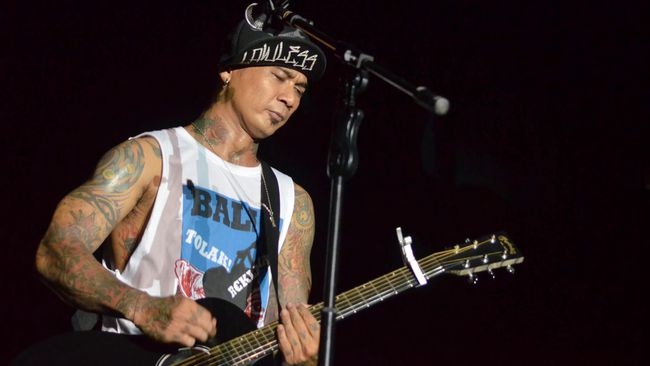 Hundreds of musicians in Indonesia have lashed out against what they say is a ludicrous draft bill that could “destroy” freedom of expression.

The most controversial aspect of the draft is Article 5, which outlaws “negative foreign influences” as well as blasphemous or pornographic content, punishable by imprisonment or a fine.

The article states: “In creating, everyone is prohibited from […] bringing negative influences from foreign cultures or demeaning a human being’s dignity.”

Jerinx, a member of the Indonesian punk-rock band Superman is Dead, is one of 200 musicians who have criticised the proposed legislation.

Writing on his Instagram account, Jerinx said the draft bill would “rape his rights of freedom of expression, and eventually destroy them”.

The exact target of the bill is unclear, although there is occasional uproar about the perceived immorality of foreign popstars.

In December a TV ad featuring members of the K-pop all girl band, Blackpink, which showed them wearing miniskirts and short dresses, was pulled after the broadcasting commission said it flouted decency and moral norms. In 2012 Lady Gaga was forced to cancel a sold-out concert in Jakarta after Islamic hardliners threatened to physically stop her from getting off the plane.

Indonesian musician Kartika Jahja said the bill, which “came out of nowhere”, had in recent days united artists from across the country and musical spectrum to form a coalition to reject the bill.

“Everyone is concerned because there are so many problematic chapters inside the draft,” Jahja told the Guardian, “For me personally the first one is the chapter that regulates the content of music, that it cannot contain negative influences from the West and blasphemy and so on. I think that is a very dangerous ground, if that bill is passed, to silence musicians because music is one of the greatest and biggest agitators for various social and political movements in this country.”

The coalition launched a petition against the draft law on change.org on Sunday evening, which by Monday had been signed by more than 65,000 people.