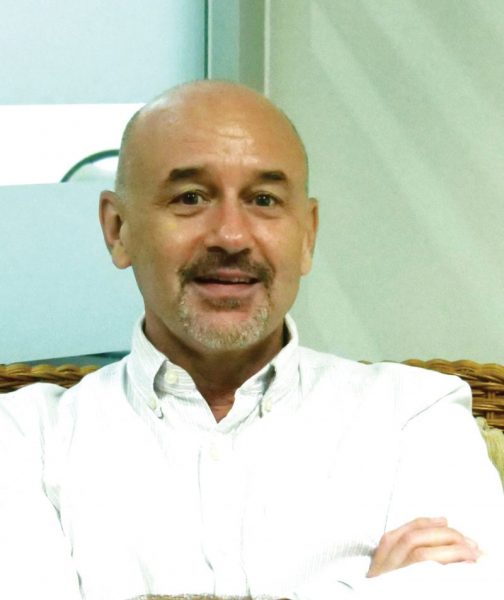 Greg is the Educational Community Outreach Coordinator at Jakarta Intercultural School and he has been in Indonesia for 28 years. He tells us how he came to be in Indonesia, he gives us his thoughts on the country and the culture, he tells us his favourite and least favourite things about the country, and he has some useful advice for Indonesians and expats alike.

I came to Indonesia in 1990. Prior to that I had been teaching in Yokohama, Japan, at an international school. In the 80s I took a vacation in Bali and I was very impressed by the people, landscape, and culture of the island. But when I moved to Indonesia it was primarily for the job. I heard about Jakarta International School (as it was called at that time) through the international school teaching community and it had a reputation for innovation. It was also considered one of the top international schools in the world. So, I applied and I was hired, and I am still here 28 years later.

Before I left Japan, I met a Japanese friend who had previously lived in Jakarta and I asked him to tell me about his experience. He replied with a question; “Do you like chaos and adventure in your life?” I answered “Absolutely!” Around the same time, I also remember watching the movie “Year of Living Dangerously.” So, I had this image in my mind that I was in for a real adventure.

When I arrived, I distinctly remember travelling into Jakarta at night. There was nobody at the airport to meet me because my flight was delayed so I left the airport alone and was immediately surrounded by people who quite aggressively wanted to take my luggage. Not knowing any better, I thought they were all thieves, trying to steal my luggage. I grabbed a Blue Bird taxi as recommended by the school and went straight to the Hotel Borobudur. There were no toll roads at that time so we travelled using the normal roads. I clearly remember the candlelight from the food seller carts, or kaki-lima, selling nasi goreng, sate, bubur, etc all along the route. It was surreal. It amazed me that at two o’clock in the morning the streets could still be so alive and full of energy.

Since I have been here so long, and I now have an Indonesian wife and children, I no longer feel particularly like an expat. Maybe I am an “ex-expat”. I speak Indonesian. My lifestyle and my friends are both expat and Indonesian. Some of my friends are also ex-expats like me, who have lived here for 20 to 30 years.

When I first came to Jakarta you could drive a car anywhere with ease so I explored the city. I had a map of Jakarta on my bedroom wall at home, and I would throw a dart at it, copy down the address, and give it to a taxi driver or find it myself using my own car.

After living in Japan, I was used to people who were very reserved and did not openly greet foreigners on the street. Here I found the opposite. In Jakarta, people openly and loudly greeted me with “Halo Mister” or “MacGyver”. (Apparently back then people thought I looked like the character MacGyver from the American TV series). People tried to engage me in conversation, even though I had no idea what they were trying to say. This behaviour took me by surprise but after a while I got accustomed to it. Over time, I have come to realise that Indonesians are some of the friendliest people I have met while travelling the world.

I have also learned that Indonesians can be fun and they have a great sense of humour. Indonesians love to play with language, and I really like Jakarta “Betawi” slang. I also learned Bahasa by chatting with friends and with people on the street. I always ask about new vocabulary I hear, and I still try to add at least a few new words each week. I have now only recently begun to learn formal Bahasa, and it is way more difficult than I anticipated, with all the prefixes, suffixes and passive voice, etc.

My least favourite thing about Jakarta is definitely the traffic. It drives me crazy. The traffic has definitely lessened my overall quality of life and has reduced my ability to explore the city. I also get claustrophobic, so about seven years ago I finally gave up on the idea of using four wheels to get around and now my main modes of transport are my scooter and my bicycle – and I love it! Honestly, if I didn’t have my two wheeled vehicles to get around, I don’t think I could still manage living here. One of my other “least favourite” things would be jam karet or “rubber time” in English. This still bothers me when I set up meetings or appointments and people arrive an hour late. Even though I have lived here for quite a while, my western concept of time and punctuality is still part of my DNA.

My favourite thing about Indonesia is definitely the people, and I love Indonesia as a country. Indonesia is so amazing and diverse. The diversity of culture, languages, landscape, and nature is incredible. I never get bored or tired of exploring and travelling in Indonesia. Even though I have lived here so long, the opportunities for new experiences around Indonesia are truly endless.

By now you know that I immerse myself in local culture, especially since I am married to an Indonesian. Being married to an Indonesian means attending family gatherings. Being married to a Batak Indonesian means that family gatherings occur almost non-stop. It seems like every weekend there is a wedding, a funeral, or some other acara (event). On weekends I enjoy meeting friends in the Kemang area or playing tennis at the American Club with an international group of people.

My house and my lifestyle in Kemang are culturally mixed. My family eats Indonesian food and western food. I love a good nasi goreng ikan asin as much as I love a good western burger now and then. Living in Kemang makes it easy to find both Indonesian or Western food and cooking ingredients when I feel like cooking at home. I love to cook, but I will more often cook Western food, only because good Indonesian cooking requires making up the spice mixtures from scratch, which takes a lot of time. When we eat Indonesian food, it is typically prepared by my household helper.

I would say one of the biggest lifestyle differences between my life here in Jakarta as compared to my life in the US is the amount of time spent outdoors. In the US, at least in the summer, I spend the majority of my time outside. I do a lot of walking, working outside, eating, biking, hiking, etc. Here in Jakarta, I spend most of my time indoors unfortunately, and in air-conditioned buildings. Here I
go to a gym regularly, which I enjoy much less than the outdoor exercise that I get in the US.

One piece of advice I would give to Indonesians is jangan malu. That means “don’t be shy”. In work situations, Indonesians can feel shy about speaking directly. When working with a Westerner, this can create confusion, or even frustration, especially when trying to figure out a problem. I know this is culturally difficult, especially in Javanese culture. Also, I would tell Indonesians to feel free to ask questions. Questions are good. In a conversation they show that you are engaged and thinking. From a Western perspective, it does not mean that you are showing disrespect or being rude. If the Westerner appears defensive, then it is a personality issue of that particular Western individual. It is not a cultural issue.