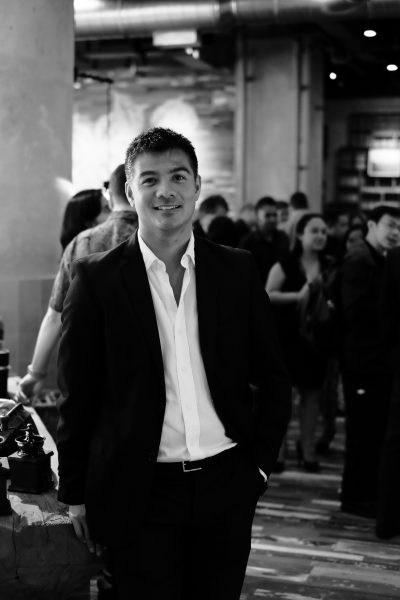 Please tell us a bit about your background. Where are you originally from? How long have you been living and working in Indonesia?

I am originally from Holland, born and raised there and have three siblings (three sisters). Two of them live in Holland and the other lives in America, so we are all a bit spread out over the globe. I left Holland about 10 years ago, with my first stint in Indonesia for about four years, after which I moved for the same company to Vietnam. About three years ago I returned to Indonesia. So now for seven-eight years I have lived in Indonesia. I did my MBA at the University of Groningen in The Netherlands, which seems now a long time ago.

What brought you to Jakarta in the first place?

Driven by career ambitions, I was employed by Royal FrieslandCampina, now the biggest dairy cooperatives in Europe. As part of a Management Potential Program, they offered me a position in Indonesia at PT Frisian Flag. The company’s belief is that as a future senior manager, you need to be taken out of your comfort zone, meaning you have to prove yourself working in a different environment with other people and cultures that you are not familiar with, since it will develop your managerial skills, as you need to be adaptable to a certain extent, whilst still remaining effective as a manager.

How did you land the position of General Manager of Marketing & Communications at Starbucks Indonesia, which you’ve held for the last two years, and what does this position require of you?

The opportunity presented itself quite ‘out of the blue’. I was immediately interested, as I had been, and still am a huge admirer of the Starbucks brand. Funnily enough, before joining Starbucks, I already read Onward, a book written by its founder Howard Schultz and both my wife and I were collectors of the Starbucks City mugs. Any time we or our friends/family were travelling, we tried to get a different Starbucks City mug. I consider Starbucks a genuine iconic brand, where probably many marketers would like to be involved somehow.

The role at Starbucks Coffee Indonesia is a very diverse one, ranging from food, PR, Digital/Social Media, CRM/Loyalty, Advertising and Promotions, all the way up to CSR (Corporate Social Responsibility). In order to make all the plans happen, part of my role is to work together with my team to try and get the best out of each of them. That mission is accomplished, if all can ‘claim’ their own successes for their respective area of responsibility. Other than that, what I like is to bring in ‘game changers’, meaning doing fundamental things for the business/organization that, in a positive way, will change the way we do business on a long-term basis. Our Starbucks Card/Loyalty Program is one of the examples.

Starbucks originated in Seattle, Washington, in 1971 and has grown to become a worldwide institution. Could you please share the company’s history here in Indonesia?

How many outlets are there currently in Indonesia? Do you have further plans to expand?

At the moment, we have 184 stores across Indonesia in 13 cities, employing around 2,400 people. And yes, we’ll keep on expanding.

I love that Starbucks offers soy milk to its customers. Tell us about your customer service values and what the customer means to you.

Our famous line is ‘one person, one cup and one neighbourhood at a time’. What it means to the customer is that we would like to ‘connect’ with our customers, through a genuine welcoming smile from our baristas, up to remembering your name and your favourite beverage until preparing your beverage however you like it. Many loyal customers have their ‘own’ preferred beverage, either an extra pump of syrup, an extra espresso shot, or basically anyway you like it, you can have it. Personalise!

With expansion comes responsibility. How does Starbucks Indonesia remain sustainable? Do you recycle all the paper cups used? What CSR initiatives are you involved in?

One of the things I admired already before joining Starbucks is not only their focus on the people side, but also their care and concern for both the environment and communities in which the Starbucks stores operate. As for the environmental part, we successfully reduced the number of paper cups used, by encouraging our customers to use a tumbler. To promote that, every 22nd of the month, everybody who visits one of our stores with their tumbler, get his/her favourite beverage for half the price. People love it.

Then there’s a genuine belief about giving back to the community. As part of that commitment, all Starbucks store partners are involved in diverse community activities, which can vary from very simple things like cleaning the beach at Bali, to bigger initiatives like Planet Water. For each purchased bottle of Starbucks water, part of the proceeds will be donated to the Planet Water Foundation. In that way, we can build and install water tanks for areas that normally don’t have access to clean and hygienic water and our Starbucks partners are actually involved in the installation of the water tanks.

Are you a coffee drinker yourself?

Absolutely, I have at least three cups a day. I crave it, and it already starts at breakfast. I am more into the espresso-based beverages. The beverage I order the most is a short Americano, with only half the water, since I like strong coffee. I also enjoy a single or double espresso.

Are there any new drinks coming to the Starbucks menu?

We just launched a new ice-blended beverage called Tiramisu Frappuccino. And basically seven times per year we introduce new beverages, not only for the coffee lovers, but also for the ones who are more into cold/sweet blended beverages as well.

You’re married to a celebrity. How do you manage ‘being in the spotlight’?

Well, it’s not hard at all. It doesn’t happen that often, but it is sometimes funny to see some surprised faces of people recognizing her, when we are in public. If people want to have a picture, I probably only wind up being the one taking the picture!

And my final question, how do you live a balanced lifestyle in Jakarta?  Do you have a favourite weekend escape from busy city life?

My family is my balance in life. I always look forward to coming home to be with my family. My little boy Tristan, who’s growing up very fast, always manages to put a big smile on my face. Although a handful, I wouldn’t want to miss a second of seeing him growing up together with my wife.

I know it’s such a standard answer, but I never get bored of Bali. We both love Bali, so whenever there’s a chance to go there, we’ll go there. It’s heaven on earth!

Thank you, Roger. To get in touch with Roger directly, please email: [email protected]