If you’ve been to TEDxUbud or TEDxMakassar, chances are you’ve seen Mila busy in action. Born in Australia to American and Australian parents, Mila was raised in Ubud from two months of age and has spent the majority of her life in Indonesia. She talks to us about her work at TED, the Eastern Indonesia Knowledge Exchange (BaKTI) and her life as a ‘third culture kid’.

My heart belongs here, that’s for sure. I don’t think I could ever pass the ‘test’ of being Balinese, especially a Balinese woman – that’s like having a PhD by the time you are 20, as well as mastering three languages!

What identity challenges do you face being a third culture kid and how has this made you the woman that you are today?

When I was younger it was a struggle. Physically I wanted so badly to look Balinese and fit in and then I was always horribly homesick anytime I had to leave the island. I felt like an alien in the ‘outside world’. It has left me mixed up, but if you gave me a ‘do over’ I wouldn’t change anything. I got to see and experience such amazing things and I appreciate being able to understand the grey areas of life, community and identity. My least favourite question, however, is ‘where are you from?’ – even after all these years my brain freezes and you will see a blank look creep into my eyes.

How long did you spend living in Makassar and how would you describe life in this city?

I spent four full-time years in Makassar and a few more years living there part-time. I loved living there. Bali is not Indonesia, so this was a full immersion into Indonesia for me. Makassar has changed so much; it’s such a city now. I appreciate my time there when it was still a bit quieter.

Makassar is all about the food, the harbour, Chinatown and the people.

Tell us about your work at BaKTI in Makassar and what lessons this experience taught you.

BaKTI, or the Eastern Indonesia Knowledge Exchange, was a development support facility set up to explore how knowledge management can sustain better development in the 12 poorest provinces of eastern Indonesia. My time at BaKTI was the best thing that could have happened to me. The people I worked with were from the region and really embodied and upheld the principles of local ownership and community-led development. I’m eternally grateful that’s how I learned the ropes; not in some office in Jakarta, or outside of Indonesia. I remain passionate about exploring how knowledge and communication can change communities thanks to my time with BaKTI. 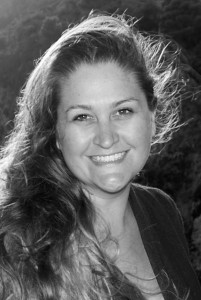 In 2010, you founded TEDx Makassar. What inspired you to do so?

I was inspired by TEDxBali in 2009. I really wanted to bring the experience and spirit of ‘ideas worth sharing’ to Makassar and it really fit with the work BaKTI was doing, especially in terms of championing eastern Indonesia and Makassar voices. We ran TEDxMakassar with the aim of only putting people from Makassar and the region on stage, to help inspire and make Makassar proud of what people in their own communities were doing.

What are the main aims of TED talks?

TED is all about ‘ideas worth spreading’ in the fields of technology, entertainment and design. The best part about TED talks is the fact that they have a great formula and break down the most complicated issues and ideas, so the average person can understand them too.

For the last couple of years you’ve been co-producing TEDxUbud, an inspiring annual event that takes place on May 28th, 2016. Tell us about your vision for TEDx Ubud.

I joined the TEDxUbud team as Co-Curator and Co-Producer in 2013. TEDxUbud has really tried to bring international thinkers and creative people to Ubud, as well as celebrate home-grown ideas. The next event will be our fifth and we really want to continue to inspire and push our audience members to think even bigger and aim higher than they already do, which is a huge task.

Tell us about your upcoming new project that you’re working on.

With the founder of TEDxUbud, Daniela Burr, I’m in the process of setting up a new company called Elami & Co. Daniela and I worked so well together during the TEDxUbud process, we decided to set up a company focused on designing events, experiences and communications for businesses in Bali and around the world. We are so excited to be putting this together and are planning some very interesting projects once we get set up properly!

You must have seen extreme changes take place in Ubud and Bali in general since your childhood. What are the positive changes you’ve noticed?

My neighbours and friends now have electricity and running water, and money to go to school, build good houses or see a doctor. And that’s all because of the money that comes in from tourism and Ubud’s development. I just worry that they (or their kids) won’t see a fair share of that in the future. They are losing control to people who have more money and no sense. And Ubud’s leadership seems missing in action.

What message do you have for spiritual tourists who decide to make Ubud their home?

Once you move past being a visitor and want to say “I live in Ubud”, then it’s time to do a crash course in Indonesian language and take some time to read about the place you live in. Preferably before figuring out the easiest way to make money off it, while congratulating yourself on how smart you are to have moved to such a cheap place with a great climate. And definitely before you start complaining about the locals, the environment, the traffic, and the things that aren’t like the West!

How do you think tradition and culture could live hand-in- hand with progress?

Bali is hanging on pretty strongly to its culture, especially in Ubud. What is a problem is the lack of voice the Balinese have in their island’s development and how ‘investors’ are completely unchecked. The environment and local economy is under serious threat. The Facebook account Bali: How Much is Too Much? is a frightening page to follow. Saying that, the Tolak Reklamasi and Save the Sawah movements give me hope – it looks like people are finally feeling strong enough to stand up and have a voice.

I know that you enjoy diving in your spare time. Where has been the most memorable dive spot for you in Indonesia?

Bangka Island in North Sulawesi, right between Bunaken and Lembeh has great macro life to keep my camera happy, no huge crowds, warm water and beautiful coral. And I am very happy that after years of fighting a mine looking to set up right in the middle of this underwater haven, the environmentalists and locals seem to have won! 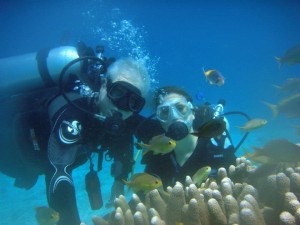 What topics of discussion ignite passion in you?

Anything Indonesia and Bali related, guaranteed.

To get in touch, please email: [email protected]