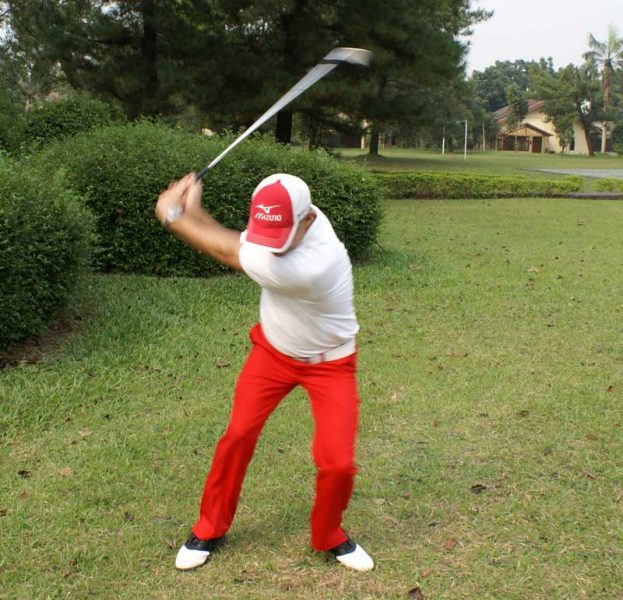 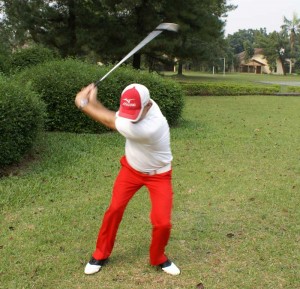 One of the best lessons on the golf swing I’ve ever received was on a baseball field in Jakarta, and not the practice tee or driving range at Riviera or Augusta. I was playing Softball on a local team in Senayan a few years ago, and at the time, I was struggling with my batting average; I was either striking out, hitting pop flies or grounding out weak into double plays. One of my teammates at the time, affectionately known as “thrasher”, gave me a very good tip: “Keep your hands back as long as possible before you swing”. I don’t think I fully understood what he was talking about then, but I tried it and it worked. I waited until the very last second to swing the bat; my body moved and turned first and I waited to use my arms and hands late into the swing. My batting average improved.

Today, I understand ‘thrashers’ batting lesson to mean that the body starts the process and the turning body leads the swing, not the arms. This of course is also true in golf. Actually it is the legs and hips in both golf and softball that should start the swing. You can see this clearly in professional baseball. 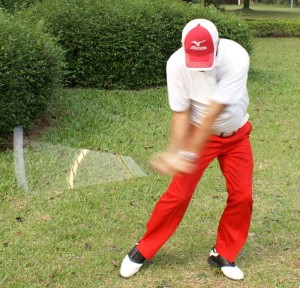 Barry Bonds, one of the greatest hitters of all time, for example starts his powerful swing with the lower body, legs and hips, while the arms follow along after. The shoulders and arms add their part to a powerful swing but are only part of the story. Most of the great hitters in baseball have strong powerful legs and lower core muscles of the hips and mid section of the body. Their bat speed is certainly multiplied by the upper body: shoulders, arms and hands, but make no mistake, the power source originated from the lower body; legs and hips.

Whether playing in your Tuesday night beer league in Senayan City or the Rp.20,000 Nassau coming up this Saturday at Gading Raya: “Keep the Hands back!”