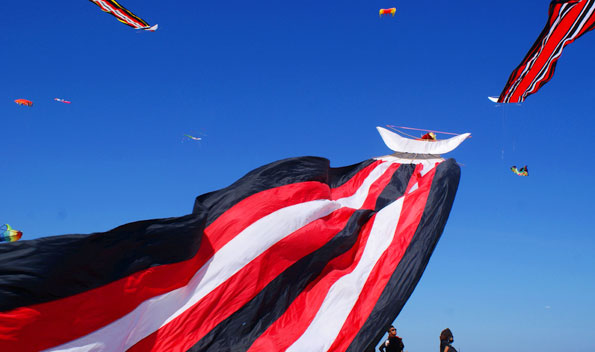 On cue, as if summoned, in early July the trade winds arrive.

One day it is still and the next the breezes suddenly spring up; the trade winds have come!

The term trade winds derives from the Middle English word ‘trade’ meaning path or track. Early 14th century Portuguese sailors first recognized the importance of these east/west winds to quickly get their sailing ships to the riches of the East. However, for the Balinese these winds mean it’s the time to earn respect, prestige and hopefully bring home prizes to their villages.

In the mornings the breezes are gentle, but by mid-afternoon the wind speed is just right across the island to launch the kites that will fill the skies until the end of September. July is the month when the kite fliers take advantage of the winds to show off their latest designs and flying techniques. A fashion parade it is not. 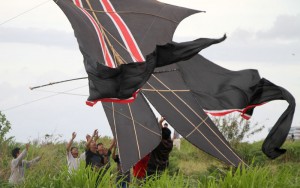 It is a deadly serious occasion with the reputations of entire Banjars (neighbourhood associations) hanging on the strings that keep their creations aloft. These are no ordinary kites, as some of the monsters can be up to ten meters long by four meters across, and will take up to twenty strong men to prepare and launch them into the sky.

Legend has it that kite flying began with cow herders some two centuries ago, building and flying kites to ward off the boredom of watching over the herd during the day. Thus evolved a competitive ‘game’ between herders that has now grown into an obsession that consumes and unites villagers right across the island.

How serious is this? Mr. Tambon, Bali’s eminent kite maker and judge at the annual festival was unavailable for an interview because, well he was out flying a kite. But Wayan, the trusty kite salesman on the beach in Sanur was happy to talk to me and take me through the intricate business of preparing a kite for the festival at the end of July.

There are three basic shapes that you will see hovering above Sanur’s beaches and across the Denpasar skies. The Bebean is perhaps the most common, and resembles a fish with huge twin tails. These are the easiest kites to launch as they do even in the lightest of breezes. They can sail to great heights as their shape makes them stable even in the strongest of winds. Their distinctive black, white and red colours are easy to spot amongst the other kites, which dot the sky. 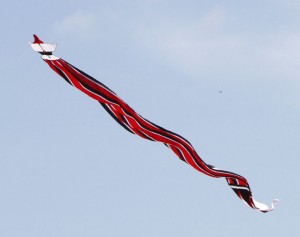 The more intrepid fliers will opt for the Pecukan that may look beautiful with its twin tails and bright colours, but is notoriously difficult to fly and requires enormous skill to control. Finally there is the Jangaan, (my favourite) with a colourful tail that can sometimes stretch twenty metres or more from the base of the actual structure itself. It is a brave banjar that will go for style, colour and an impressive tail over the reliable Bebean design, which is perhaps the tried and true kite in the festival.

Once competition begins, the judges show no mercy, for, woe betide a team that allows any part of the kite to touch the ground on landing. Large parts of the entourage who risk flying the Jangaan are assigned to catch the tail on landing.

During practice I witnessed members of the team (some 50 or 60 strong) sprinting wildly across the sand and the adjoining rice fields, diving over each other to ensure that not an inch of the beast touched the earth. Sometimes a beautiful mistress is hard to control! Competition is fierce, pitting banjar against banjar for the status of taking home the trophy that will bring a year’s worth of bragging rights for the winning team.

Once the festival begins, the village’s gamelan orchestra will accompany the team and will bash frenetically during competition, driving the participants on to greater “heights.” The festival will make for an incredibly noisy and chaotic day with a cacophony of sound and hundreds of team members dashing hither and thither, heads up watching the sky and often colliding with other team members.

Crowds will surround the ‘battlefield’ revelling in their banjars’ success or another’s failure, but all in the Balinese spirit of giving. 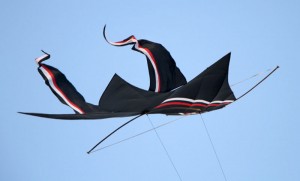 For the more intrepid of the banjars who break with tradition will enter the fourth category, the Kreasi Baru or ‘new creation’, where basically anything goes as long as it gets up to the required height. Designs range from ancient sailing ships to temple replicas that sometimes defy aeronautical practices, with design triumphing over the construction’s quest to get off the ground and into the air. Points are earned for innovation, design and the ability to stay aloft!

The festival runs over three days and should not be missed. It’s best to get there early as along with the teams, entire villages will accompany their competitors to cheer them on. It’s crowded, colourful, chaotic and loud and one of those events that will be remembered for years to come.

Several Toll Gates to be Closed During Asian Games

Despite Cultural Conservatism, Hooters to Open in Jakarta