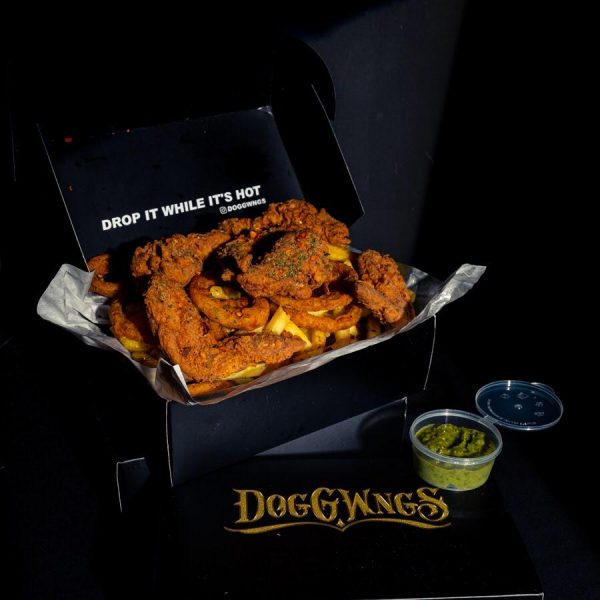 I spent four and half years in the US as a little girl; a time my everlasting love for chicken wings and brownies began.

Spicy chicken wings on a chilly winter night washed down with a warm slice of oven-baked chocolate brownie gave me comfort.

On an Instagram poll to identify the popularity of these two dishes, at least 74-75 percent voted “love chicken wings and brownies”. @dik_andreas’ first encounter had him “wanting more bites”, @adrielandriawan thought they’re “heavenly” and @timjilimin commented, “I found the true meaning of life”. Moreover, @aslasalsa claimed she has brownies almost weekly.

I noticed that Indonesians’ take on chicken wings and brownies are commonly different to that of Americans. No shade on these sold out there in the market. These personally don’t sit quite right though. That is, until I gleefully discovered Doggwngs and La Formule Bakehouse recently, both created by two millennial locals sticking to almost-identical American roots.

Chicken wings
Did you know that chicken wings were accidentally invented? Back in 1964, at Anchor Bar in Buffalo, New York, the bar’s owner wrongly ordered chicken wings instead of chicken necks used to make the Anchor Inn’s famous spaghetti sauce. This mistake was then transformed into deep-fried, unbreaded, tiny drummers and flat parts with hot sauce and blue cheese dressing. As a result, the chicken wing was born.

Chicken wings were considered scraps when the chicken was cut up prior to 1964. They were either discarded or sold to poor families who used them as soup filling. Nowadays though, chicken wings are found globally and cooked in different recipes.

Indonesia is no stranger to this crowd-pleasing munchy either. The owner of Doggwngs, Ifad, fell in love at first sight with McDonald’s version. “Who hates chicken wings? It’s part of a chicken. We – Indonesians – like chicken. In the end, we put it with rice and sambal. Believe me,” he said.

Ifad reckons chicken wings are easy to eat, tastier than other parts of a chicken because the meat is near the bones, and the best munchies because it doesn’t fill you up, plus they can easily be eaten anywhere. He was inspired to start Doggwngs after watching a YouTube video where the contestants were blind-tasting recipes from various public figures. American rapper Snoop Dogg and British chef Gordon Ramsay presented their recipes to which five out of five contestants agreed Snoop’s recipe was the best. “I tried out Snoop’s recipe and I agree!” Ifad gushed.

Chicken wings are not a part of the Indonesian culture; there are many accessible, fried finger foods. This doesn’t bother Ifad at all, because Doggwngs doesn’t merely sell food, but also the character of hip hop for the community and the experience of Snoop Dogg’s fried chicken since February 2021 at Blok M Square.

“It’s unique and gives a different experience than other wings. I believe the niche market makes it easier to target the audience. It’s actually an advantage. I don’t need over 200 million Indonesians to like my food, just one percent of it is already good,” he explained.

Brownies
Did you know the actual “inventor” of brownies will most likely never be known? Brownies were knowingly developed at the end of the 19th century in the US. Numerous legends surround its origins; a chef wrongly added melted chocolate to a batch of biscuits, a chef was making a cake but didn’t have enough flour and the list goes on. Thousands of recipes, both cake and fudge types, are accurate and appetising. It was only in the 20th century when brownies gained popularity as bar cookies – not cake – in Northern America.

Brownies have been adapted and savoured globally, with variative flavours like matcha, caramel, mint, and plenty more. Indonesia, on the other hand, famously has brownies kukus or steamed brownies. The owner of La Formule Bakehouse, Altsa, said that brownies are very simple and can be enjoyed by anyone. “They’re basically a mix of eggs, flour, butter, sugar, and chocolate – but so delicious and comforting,” she enthused.

Altsa loves brownies so much, she’s been baking since her teen years. “We became more serious and researched deeper during the pandemic. We sent out our baked goods to family and friends and received amazing feedback and support from them,” she explained. Initially, she just baked three times a week at her home kitchen, but nowadays business has flourished; she bakes “daily with an amazing team in a proper kitchen.”

La Formule’s bestseller brownies are described as crackly and crunchy on the outside but have a soft, gooey and fudgy centre. They aren’t too sweet and topped with sea salt which gives balance. Despite the crowd-pleasing steamed brownies sold everywhere, Altsa isn’t concerned.

“We’ve had customers bring our brownies to different parts of Indonesia so we believe a good number of Indonesians do enjoy brownies and cookies,” she explained. “We also pay a lot of attention to our packaging, perfect for sending a sweet gift for your loved ones.”

Seeing more and more locals trying out American foods is normal to Ifad. “Netflix, media, and the internet surely influenced us. I like it. As a customer, we have more choices too. We can learn the country’s culture from its food so that’s good,” he said. “You can see hamburger joints everywhere. I can tell that locals prefer the American way.”

Altsa concurs. “It’s good that people are exploring other cuisines and letting others try new and interesting stuff. American food has become a mainstream thing in Jakarta and will most likely be more common in other parts of the country,” she concluded. 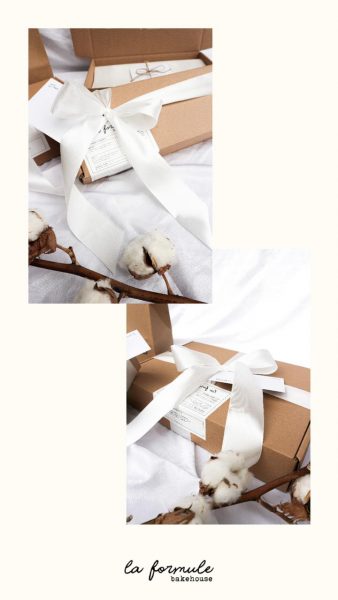 Order Now! Both are only served online, with the following details:
Doggwngs
Order via GoFood, GrabFood and Tokopedia by searching Doggwngs, or through
WhatsApp: +6281584845156, Instagram: @doggwngs.