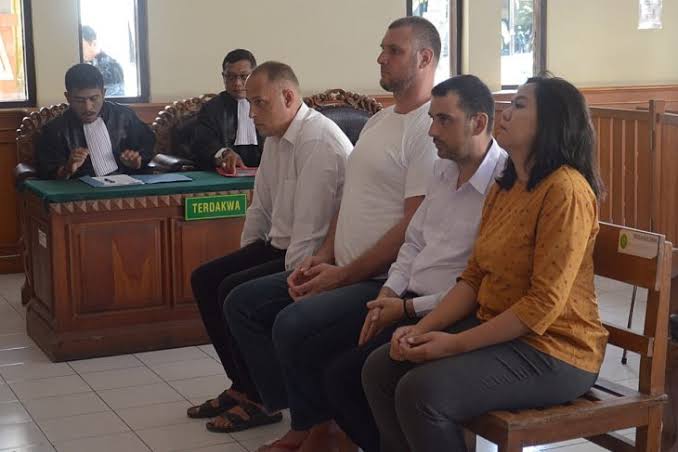 Three Bulgarians did a skimming in Bali

“We have prosecuted and imprisoned the defendants Boycho Angelov Karadzhov, Philippine Aleksndrov Lyamov, and Stoyan Vladimirov Stoyanow for seven months and handed down a fine of Rp5million in lieu of three months in prison,” the panel of judges led by I Made Pasek decided, at Denpasar District Court.

The panel of judges said that the three defendants were legally proven and convincingly guilty of violating illegal access, in accordance with Article 30 paragraph (1) and Article 46 paragraph (1) of Law No. 11 2008 concerning information and electronic transactions an Article 55 paragraph (1) of the Criminal Code.

The three defendants were accompanied by their lawyers, and said that they received the verdict decided by the panel of judges. Prosecutor Dipa Umbara also stated that he had received the decision from the judges.

In the indictment, Prosecutor Dipa Umbara explained that this illegal access incident occurred in two different places. On 1st September there was an incident at a pharmacy on Jalan Komodo Denpasar and the second incident occurred on 3rd September at ATM machines located in Sanur, Denpasar.

“We arrested the Defendant Boycov Angelov Karadzhov and found 690 packs of flash cards and one of the bank cards used to duplicate customer cards, one card rider used to read and transfer customer data to other cards, 11 BCA flash cards, one laptop and a money counting machine,” said the prosecutor.

When Filip Aleksndrov Lyamov was arrested he was found with around Rp17million and Euro worth around EUR500. The arrest of the defendant Stoyan Vladimirov Stoyanov saw him found with several sums of cash including Rp1,256,000, 10 Lev Bulgarian, 4,785 Euro, and 142 in Ringgit.