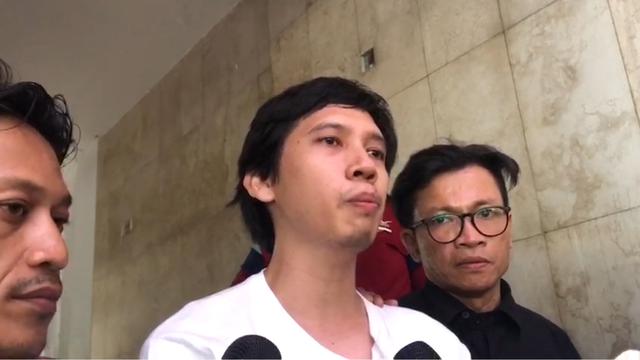 Ananda Badudu, musician and former Tempo journalist, was detained by the police for a stringent, 5-hour questioning session.

After being released, Ananda thanked a number of organisations and the public for supporting him.

“I am one of the lucky ones, for I was privileged to be freed immediately,” Ananda said. He then recalled the unjust questioning session some of the students had to go through at the police headquarters. Most were also questioned without a lawyer.

“The students had been unethically interrogated. They are in need of help more than myself,” he added.

Director of Indonesia International Amnesty, Usman Hamid, had acted as Ananda’s legal representative. Usman had accompanied Ananda to the police headquarters, where he attended the questioning session as a witness.

“I guess we will have to wait for further developments. What’s certain is that his status as a witness. We will request for no follow-up legal processes,” Usman said. However, Ananda and Usman chose to not disclose the questions during the session.