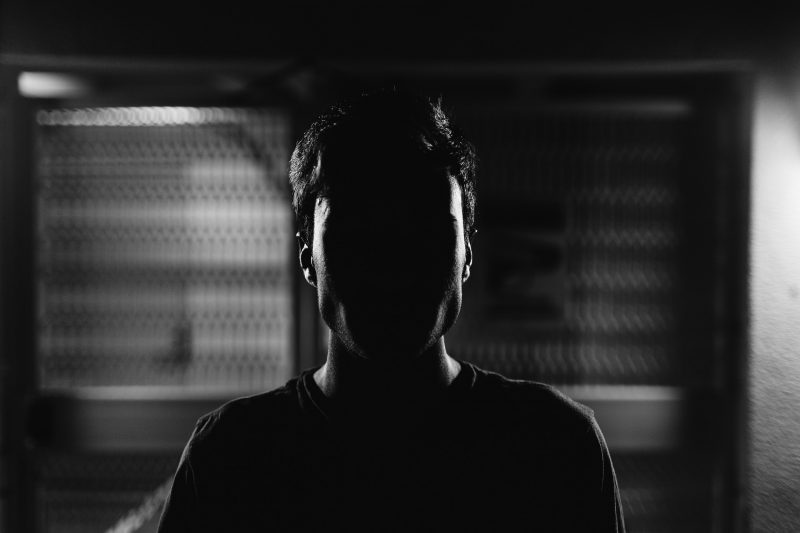 A journalist’s job is to tell a story. It’s neither a profession that pays the highest salary nor one that earns the most respect. Those who choose this path, however, are usually incredibly passionate and willing to take risks to share the truth.

But what happens when you take a journalist who is a minority, place him in a war-torn country and ask him to report on extremist groups? He becomes a target. This is exactly what happened to 30-year-old Hasib (not his real name), a Hazara from Afghanistan, who is currently living as a refugee in one of the wettest cities in the world, Bogor.

Hasib meets me on his street outside of a small warung. He welcomes me and leads me down a small gang that ends at a dark-looking house. He takes me down the side of the house, through a narrow path that opens up to a small back area, with a dark bedroom, a corner with a sink and a stove, and an outside area where the bathroom sits. The back quarter is surrounded by chicken wire and overlooks a rice field.

“Where would you feel comfortable?” Hasib asks me sincerely.

I look around and see a rusty metal chair. In front of it sits a small coffee table. “This looks good,” I say as I point to the chair. “But where will you sit?” I ask him. He says that it’s absolutely no problem and rushes off to fetch another chair from his landlord’s front porch.

Once I settle down, I take a moment to look around. Hasib’s concrete-clad confines are small and dimly lit, and there’s no escape from the damp Bogor air. But his situation has done nothing to dampen his spirits. Hasib asks me if I have eaten and insists he prepare some food. I accept, understanding the Afghani custom – very similar to Indonesia’s – of always offering something to eat and drink to guests that grace your home.

Hasib brings out a pre-cooked meal of kidney beans in a tomato and spice sauce and puts it in a pan on the stove to heat up. He sits down in front of me as I begin asking him questions about his life.

“How much rent do you pay here?”

As the aromatic smell of the beans begins to fill the room, Hasib tells me about his former life as a journalist back in Afghanistan. During his time at the Daily Outlook Afghanistan, his office and colleagues were attacked by extremist groups over allegations of blasphemy. The bureau was shut down. He later worked at The Daily Afghanistan Express.

“My colleagues in The Daily Afghanistan Express fled; some are still missing while others have been sent to prison. I am not sure whether they are alive or have been persecuted,” he tells me. Hasib, having written countless articles about extremist groups responsible for the attacks, became a target.

Hasib excuses himself to switch off the stove as the beans are cooked. He prepares a plate each, served with some Afghani bread. “Please, I hope you like it,” he says. The beans are delicious, with a kick from the chilli they’re cooked in.” Hasib gives me some homemade yoghurt to control the spice. We continue our discussion.

“Why did you come to Indonesia?”

“I had no choice,” he answers honestly.

“I fled from Afghanistan to Pakistan where I stayed for 16 months, but the situation there was also terrible. Innocent women, some of whom were family members, and a small girl I knew by the name of Tabasom Shukria, were beheaded. I believe they were after me for the articles I had written against Lashkari Jhangvi, an extremist group in Pakistan.”

Hasib goes on, “The only thing I knew about Indonesia before coming here was the stories of refugees drowning in boats out at sea. I covered these stories while I was a journalist. I never dreamt I would end up a refugee out at sea as well.”

In the chaos of war, Hasib hastily reached out to an agent to help him seek asylum in another country. He handed over a large sum of money and followed instructions, boarding a plane to Dubai. It was here that he learned he would be seeking refuge in Indonesia. He flew from Dubai to Malaysia, where he got on a boat and crossed the Straits of Malacca to Sumatra, eventually boarding the last plane he would fly in two-and-a-half years, from Medan to Jakarta.

Like all asylum seekers who first arrive in Indonesia, Hasib reported himself to the United Nations High Commissioner for Refugees (UNHCR) in Jakarta. “I felt safe for the first time in a long time,” he tells me. It took the UNHCR two years to grant Hasib refugee status, which is now valid for one-and-a-half years. Refugees are not allowed to work or attend school in Indonesia while waiting to be resettled in a third country. If their case is rejected by the UNHCR, they must return to where they came from.

“How do you survive without earning a salary?” I ask.

“Through donations from my friends and colleagues back home. I save money by eating once a day; sometimes I go hungry.”

I look down at my plate and am deeply moved that Hasib has shared some of his treasured food rations with me.

“I live a hermit’s life,” Hasib says while smiling. “I sit where you’re sitting and listen to music while reading or writing poetry. I also teach the women of the Indonesian Women Support Group Center voluntarily. Sometimes I get called to help with interpretations.”

When asked what his life feels like to him, he answers, “like a bad nightmare.” Hasib believes people don’t view refugees as human beings. “I’m broken. I often get splitting headaches, chest pain and fevers, but I can’t afford healthcare,” he shares.

Hasib only hears from his family back home sporadically. “I don’t even know if my family are alive.” He has two sisters and three bothers living as refugees in Pakistan, a country nearly as dangerous as Afghanistan.

Hasib, like approximately 14,000 other refugees in Indonesia, lives day to day, waiting patiently in limbo to be resettled in the United States, New Zealand, Australia or Canada. “If Indonesia would resettle me, I would be extremely happy,” he smiles. Sadly for Hasib and his fellow refugee friends, Indonesia has not signed the 1951 Convention Relating to the Status of Refugees and will not resettle refuge-seekers.

I ask, “What will you do if and when you are resettled?”

“I will continue to be a journalist,” he says. “I’ll dedicate my work to humanity. I will never forget the people of Indonesia; people are kind here.”

Hasib’s story is one of suffering, having been on the run for most of his life. But even through the sadness in his eyes, warmth exudes. Although his stories are heartbreaking, he still smiles, laughs and shares kindness with others.

Hasib would like to convey the following messages to authorities around the world:

“I plead for humanitarian assistance. I plead for you to open your arms to refugees and asylum seekers. Please don’t ignore us. We are innocent people. I plead that you spend a moment to feel what it is like to live in our shoes. I beg for empathy.”

Hasib’s refugee friends from the organization HELP for Refugees are currently raising money through crowdfunding to open a refugee school in Jakarta. Please visit www.kitabisa.com/helpforrefugees for more information and to donate.

Company Vaccinations Postponed to End of May 2021