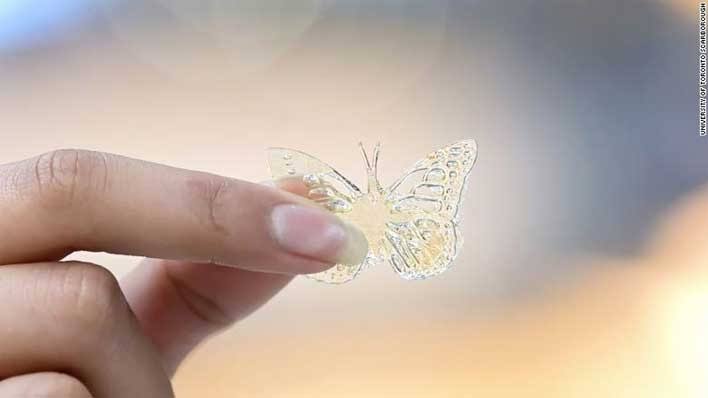 Professor Andre Simpson at the Scarborough campus, University of Toronto, has found a solution to the high costs of the necessary materials required for his 3D printer.

Simpson bought a 3D printer for the lab in 2017 with the hopes of using it to construct a custom section that keeps organisms alive within the NMR spectrometer in his research.

According to Simpson, the most influential ingredient for light projection printing is liquid plastic which can exceed Rp6million per litre. He carefully analysed the resin and noticed there was a relationship between a commercial plastic resin compound molecule similar to fat. It made Simpson wonder if he could use cooking oil and turn it into a resin for 3D printing.

However, Simpson and his team faced a setback during their two-year trial to get the used cooking oil samples in bulk. As Simpson put it, all of the fast-food restaurants they visited had no one delivering oil, except for Mcdonald’s which eventually became the only restaurant that helped.

In the summer of 2017, the students went to a Mcdonald’s near their campus in Toronto, Ontario. At least 10 litres of waste oil were given to them, and then filtered to remove the pieces of food particles in the laboratory. The team experimented with Mcdonald’s cooking oil in the summer of 2018 and were tasked with synthesising a small amount of oil to convert it into a high-quality resin.

The breakthrough came in September and their team successfully printed high-quality butterflies with small details of 100 micrometres. “We did the analysis on the butterfly. It feels like a rubber with a waterproof waxy surface,” Simpson said. The butterfly is structurally stable as it does not break and can survive at room temperature.

The Mcdonald’s franchise owners who gave the oil to the students thought this experiment was a great way to reuse and recycle their waste oil.
Simpson and his team published their research in December 2019 in the publication ACS Sustainable Chemistry and Engineering industry, where his research stated that fast food restaurants produced hundreds of millions of dollars of waste including cooking oil wastes.

Mcdonald’s spokeswoman Leanna Rizzi said that three years ago the company first learned about an experiment called a “major initiative” when the students’ demand for second-hand oil was proposed.

See: 5.9 Tons of Wasted Collected from Ciliwung and Citarum