President Jokowi in his blusukan white shirt with sleeves rolled up to his elbows. Courtesy of Universitas Gadjah Mada

I can’t claim to be an authority on politics and some would say that what I do purport to know would only fill the cerebral cortex of an inebriated newt! My only wish is that a somewhat generously erudite soul would educate me on the convoluted intricacies and subterfuge of political machinations. What I do know is that whether democrat, republican, liberal, or labour, when it boils down to it everyone is concerned with image and how they project themselves to the world. So now that we have established how important image is, let’s get down to the business of the fashion of President Joko Widodo, aka President Jokowi.

The People’s Prince has been swept into power, and with high office comes the scrutiny of, amongst other things, his fashion sense and style. Living in an age where media and image is an ever important factor in the race of getting ahead, President Jokowi was not going to get off lightly.

Indeed at his inauguration, the man known as the Indonesian Obama lived up to his urbane reputation as he cut a dash, looking every inch the President in his dapper suit and red tie. 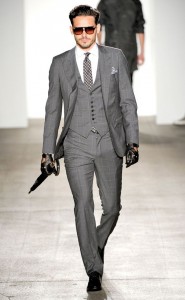 President Jokowi was suited and booted by the clearly gifted, talented and successful Wong Hang tailors, a fourth generation run atelier suit-makers. They make all manner of garbs like funky tuxedos, trousers, suits, shirts and accessories; a one-stop shop for the man who wants to stand out in the crowd. They have created for the rich, famous and diverse, and their mission is to “raise” a generation of well-dressed Indonesian men. Of course, you will not be surprised to know that the materials they use for their designs are from none other than Florence, Italy, the home of exceedingly uber sartorial taste.

Fronted by brothers Stephen and Samuel, their contrasting tastes (in colours) brings about an eclectic feel to the brand, satiating all fashion idiosyncrasies. Each customer is special and unique and here you see the real meaning of bespoke! Consultations and fittings are precise to get it right. You can imagine the pride of the Wongso family and its ancestors to have had the honour of creating the suit worn by the history-making People’s Prince.Our rangy, discreetly handsome potentate has become an unlikely heartthrob hero, winning over the common man in the street with his “I am one of you” attitude. His simple, less is more, no nonsense, get my hands dirty approach to get the job done is pretty much transmuted to his dress code. I suspect that this is part of his appeal and says much about his character. President Jokowi seems not to be cut from the same cloth as other leaders, who, having started their lives from very humble beginnings would voraciously, rapaciously and rapidly embrace the trappings of their post, acquiring expensive threads and the attendant trappings.

This compelling man has made an indelible impression on the world’s political stage and will win powerful friends in the process, whilst improving the economy and increasing patriotism in this multifarious and burgeoning nation.

In the nation, the simple white shirt has become associated with President Jokowi’s ‘blusukan’ (impromptu visits), rolled just up to his elbows, saying to all ‘I am simple’, and in terms of transparency, ‘what you see is what you get’. I am here to serve and strive to do it I will. 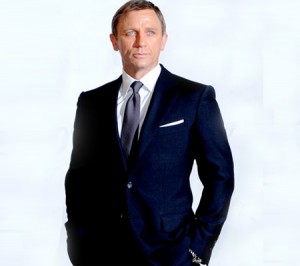 I admire the casual and approachable style of Indonesia’s new president. His love of plaid, batik and khaki shirts sets him apart and while many would expect a suit on some occasions, President Jokowi dances to the beat of his own drum. At the same time you feel that you can be part of his ‘normal elite’ club because his tone is easy, laidback, which men can relate to. His signature shirts, trousers and suits have been known to cost as little as under $50! This may not be the received wisdom of how a head of state should dress, but given time I am sure these simple choices will be amped up a little notch or two! It will be a must when invitations from heads of states start to pour in.

President Jokowi’s dressing is aspirational, one imagines that young people growing up in Indonesia will look to and respect him, given hope, if he can do it so can I. His meteoric rise will inspire generations to become whom they had once not thought possible.

Although we love our president’s unassuming sartorial style, the thought had crossed my mind of what it would be like to modify to his wardrobe with the occasional unexpected. I am thinking a little bit Brit cool with a European twist, giving him an Indo-Euro look! We could have what would be known as the ‘Jokowi Plaid’. A plaid shirt with contrasting but matching batik, lining the cuffs to show when the sleeves are up-turned and a felled seam of batik at the back, of course!

President Jokowi would have two or three rather expensive suits with one from the fragrant demi-god himself, Tom Ford. This suit will increase his wow factor, enhancing his overall look and raising his chutzpah in the nicest possible way. The second would have to be an Armani suit – if it is good enough for Mr. Clooney and the Hollywood alpha male contingency, then it’s certainly good enough for President Jokowi.

And last but not least, a suit from the master class makers of bespoke suits, Saville Row, impeccably made to suit an equally impeccable man. We could even request for the lining to be a print of our celebrated heritage cloth. A couple of Churches brogues and some quirky cufflinks (Indonesian flag or ‘Jok’ and ‘owi’) and we are good to go. A couple of blazers and unusually simple ties for state visits, both abroad and at home, pleat front trousers in grey, black, navy and ‘pushing the boat out’ burgundy would complete the wardrobe of our man in the palace.

Talking to Indonesians, it is clear to see he is admired by both sexes. The general consensus is that he is “a simple person, with good ideas who will be able to implement good policies for Indonesia”, a “People’s President who is loved and respected”, “honest, hardworking and humble” and “we like the revolusi mental act – galvanising the youth of the country for the future”.

It seems that Jokowi’s sartorial choices will be scrutinised and discussed but what takes precedence is how imaginatively he will steer this vast country of 13,000 islands, 300 major ethnic groups, along with a passel of multi-religious throngs, not to mention the world’s most prolific nation of tweeters, to be an increasingly international player on the world’s economic stage.

Jokowi will in time take his place on the political podium amongst some of the best loved and enigmatic leaders and influential players, such as Messrs Lincoln, Kennedy, Obama, Gandhi, Mandela, Churchill, Mrs. Thatcher and Hilary Clinton. Appointing Indonesia’s first female foreign minister, Retno Marsudi, is not only making history but also showing that our new president wants to move into a new era of government and hope.

From shanty town to a palace. An epic journey taken by a slight, unassuming, heavy metal-loving People’s Prince has now become synonymous with hope and change. Indubitably a man for all seasons.

Dare to Mudik, An Interprovincial Bus Passenger Hides in the Toilet