You’re itching to go somewhere, even if it’s for the weekend. Domestic and international borders will reopen soon enough, once it’s declared “safe” to embark on a journey.

Have you considered where your first travel destination will be during the “new normal”? If you prefer to get away locally, you can opt to visit one of these sites in Indonesia that have a striking resemblance to other far-flung places you may have been. Which ones have you been to already? Here are the top equivalent overseas attractions in Indonesia. 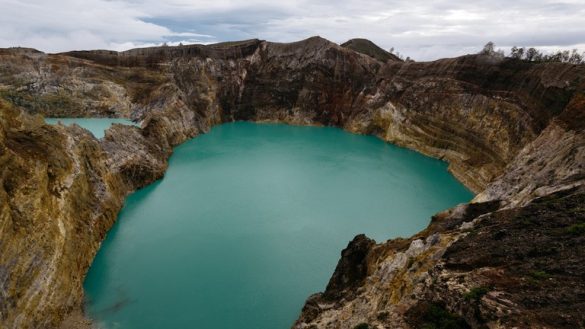 Located near Lake Myvtan in the northern area of Iceland is Viti Crater, a circular crater filled with blue water and surrounded by a geothermal area and colourful mountains. Its name literally means “hell”; it was formed during a five-year-long explosive eruption at the west side of Krafla in 1724.

Indonesia has its very own crater; it’s similar with its dark blue water and surrounded by mountains in Flores. The change of colours and timings are unpredictable as it sometimes becomes blue, green, and black and at other times it may turn to white, red, and blue. Lake Kelimutu is part of the Kelimutu National Park, presenting a surreal travel experience in eastern Indonesia. 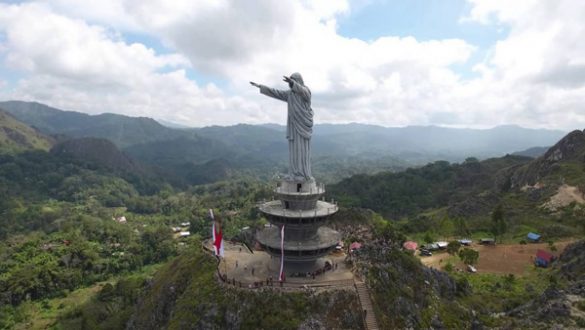 Statue of Jesus, Toraja and Christ the Redemeer, Brazil

A giant statue of Jesus Christ stands on Buntu Burake Hill, or Wisata Religi Buntu Burake, in Tana Toraja, South Sulawesi. It was introduced by Dutch missionaries in the early 20th Century and it now stands as an impressive evidence of modern-day Christian Torajans. Standing 40 metres high, this bronze statue is believed to be the world’s tallest Jesus statue – much taller than Rio de Janeiro’s 38-metre-tall Christ the Redeemer – and was inaugerated in 2015.

Meanwhile, Christ the Redemeer in Rio de Janeiro, Brazil is the most recognisable landmark in the city, a cultural icon for Brazil, as well as a global symbol of Christianity which drives plenty of both believers and non-believers to the top of Mount Corcovado every year. Telaga Warna in Dieng is a naturally beautiful icon in the Wonosobo district of Central Java. The natural harmony of nature, combined with the coolness of the highland atmosphere makes the atmosphere at Telaga Warna Dieng very cosy. The mystical atmosphere created by the white fog, plus the tall, shady trees that surround the lake emit a calm sensation. Its name is derived from the change in the colour of the lake; it can be green, yellow, purple or even the colours of the rainbow due to the high sulphur content.

Plitvice Lakes in Croatia has been attracting nature lovers since its opening on 8th April 1949, and more so after being granted UNESCO World Heritage status in 1979. It’s location is between capital city Zagreb and Zadar on the coast where you can see at least 16 lakes covering eight kilometres, all connected by waterfalls and deep forest. According to legend, Pulo Cinta, or Love Island, became the location of a secret meeting of the Prince of Gorontalo with the daughter of a merchant from the Netherlands. It was a time of war and the two joined together and forgot their opposing positions for a moment. Pulo Cinta was originally an uninhabited island until the Gorontalo Tourism Office developed it into a tourist attraction and complemented by an Eco Resort consisting of 15 cottages above the sea connected by a wooden, heart-shaped bridge,  making it look similar to resorts in Bora Bora.

As a small, South Pacific island off the northwest of Tahiti, Bora Bora is famous for its crystal blue waters and as a popular luxury resort destination where accommodation has been built over the sea. Bora Bora is indeed one of the few places on Earth that everyone hopes to witness in their lifetime. 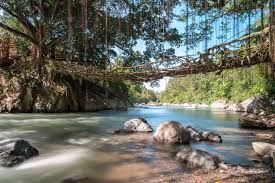 This phenomenal root bridge is situated in Pulut-Pulut village, District IV Nagari Bayang Utara in the Pesisir Selatan regency of West Sumatra. The bridge is over 100 years old and was made from the roots of two different trees; a banyan tree and a beetle acid tree. Although made of roots, the bridge is very sturdy. You only need to pay Rp15,000 per person if you want to cross this 25-metre-long and 1-metre-wide bridge.

Meghalaya’s root bridges, in the northeastern part of India, only grow stronger with time, for 15 to 20 years. The green bridges cover the mountains and tropical forests of the region. It’s believed that the strongest root bridges are more than 100 years old. 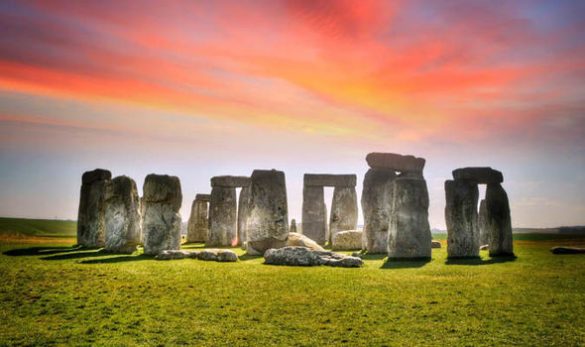 Stonehenge in Wiltshire, the UK is considered to be one of the most mysterious places in the world. The set of stones laid out in concentric rings and horseshoe shapes on the empty Salisbury Plain, is, at least 4,000 years old – making it one of the oldest and best-preserved ancient stone structures on Earth.

The first Stonehenge in Indonesia is located in the hills of Solor Village, Cermee District, Bondowoso Regency, East Java. At this Stonehenge, you’ll find not only one but many stone monuments from ancient times in Madura called “Betoh So’on”. In addition to the ranks of rocks similar to the English Stonehenge, you will find “Jabrig Stones” that look like human heads overgrown with many hairs that are actually plants. Tourists love to take pictures in front of the Arc De Triomphe in Paris, meaning Victory Arch. The monument was initially built to honour the services of Napoleon Bonaparte’s soldiers, La Grande Armée, who won the battle at Austerlitz on 2nd December 1805. Before the soldiers returned to their respective families, they had to pass under the triumphal arch, which is interprated as the victory gate of the Arc de Triomphe.

As for the local version, the Simpang Lima Gumul Monument, commonly abbreviated to SLG, is an iconic building in Kediri Regency, East Java. This magnificent building was built in 2003 and later inaugurated in 2008, acting as a transportation artery for the local economy. In fact, SLG was inspired by the story of King Joyoboyo’s heroism when he was determined to unite five regions around Kediri during the 12th century Kediri Kingdom.