Zoning regulations are a hot topic these days in Bali. Land is zoned under many different categories, most starting off as agriculture land, developing into different stages of land to develop real estate, tourism areas, commercial, governmental buildings and others.

Earlier locals constructing houses for their own residential purposes in their respective areas of origin did not need an IMB (building permit). This set a presidency also for some expats to do the same, thinking this was allowed.

Also foreigners wanting to build on rice fields could do so by drying the land and having a survey team come along. The government would then conclude that the land was no longer used for agriculture, therefore allowing construction to take place.

The same principals would be used with regards to the set back on the beach being 100 metres from high tide. Same rules, a somewhat shorter distance applies also for rivers and Subak water systems. A breach of this regulation would be that it was in the interest of the public to allow resorts and villas to be built closer to the beach, and in some cases this is true, but far from all the areas where it has happened. Or one could consider to build the main building behind the 100 metre set back and then build “semi” permanent buildings closer to the beach. This would include pools, Joglos, and other kind of buildings. A few rather famous establishments in Bali were actually constructed next to rivers and close to beach with a “semi” permanent IMB.

Most people have, through newspapers and other media, been able to follow the long ongoing debate in between components of the Bali political arena. Governors and Bupatis represent the interest of the nine different regencies in Bali, in regards to zoning regulations and what areas can be developed into tourism. By several occasions there have been heated debates in between Governor and Bupatis, all representing their people’s interests. The most well known case around the “Holy” circle was around Uluwatu. 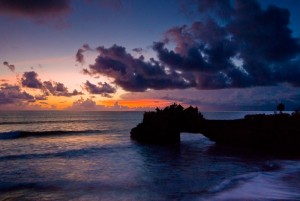 This all culminated with a Presidential decree issued in 2011, addressing in particular the situation in Badung, Gianyar, Tabanan and Denpasar. Denpasar is today one of the best and clearest areas in terms of building regulations.

This resulted in a different land status formula to decide if a land is allowed to be built on or not. A land classified as B1-B4 will be allowed different kinds of developments and constructions with fully approved building permits (IMB). While B5-B9 is anything from agriculture to preserved green areas and protected forest areas.

This means several land owners, including many expats, find themselves owning land they cannot build on at this stage, even if the certificate states “real estate development”. It remains to be seen what the guidelines of such cases will lead to as these are not yet issued. Cipta Karya are quite firm on refusing to issue building permits in these zones as they are haunted by legal actions if they do.

And from that date, even for a notary, it is compulsory to make a buyer aware of the status of land, facing same potential legal actions. In certain areas such as Canggu and surrounding areas, as well as the much debated area around Uluwatu temple, there may be more than a hundred land owners who find themselves in a position where they cannot build anything at all at this stage.

All of these aspects are quite easy to check, either through a trusted Notary or by yourself, supported by someone who speaks Indonesian. Be aware though that some Notaries and agents may not always expose these issues in order for the purchase to still go ahead. It is worth mentioning that a Notary represents and works for the Indonesian Government and is not only a witness to what was agreed to. They must also make sure that the agreements/deeds are within Indonesian law and regulations, as well as in the case for foreigners, that there is a set of both Indonesian deeds as well as a sworn English version.

What does this mean for the overall situation of property developments and projects in Bali? 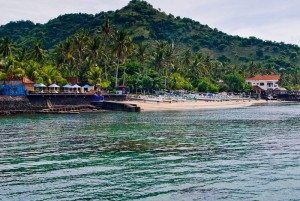 Great news, as it will attract more and more serious investors and developers, even from abroad. It will be clear that your view is really a green belt and not just a statement from agents. It will be clear through what else is constructed in the neighbourhood, what you may or may not do, and this can prevent any issues with government institutions in the future.

It’s time for all vendors and clients, as well as future investors, to take Bali seriously and consider long term impacts. The Indonesian central government, as well as Bali’s provincial government, is certainly on it to enforce and strengthen these issues. Make sure you do the right thing. Make sure you buy what you perceive you are buying. Without the right advice it’s a jungle out there.