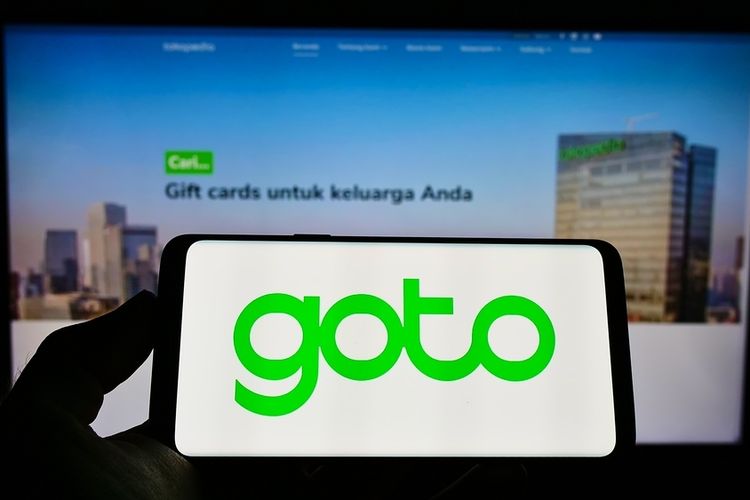 Shares of PT GoTo Gojek Tokopedia Tbk (GoTo) continue to slide into the red zone, even dropping to the bottom in a day, also known as auto reject bottom (ARB).

Within a week, GoTo’s shares have fallen by 29.27 percent, while in a month they have fallen by 57.35 percent. This note was boosted by data showing GoTo stock corrected over the last 15 days.

In total, GoTo shares have experienced a decline in price to touch ARBs from 28th November – 12th December 2022 that’s equivalent to 11 consecutive ARBs.The Indonesia Stock Exchange (IDX) has therefore evaluated the movement of its shares.

Director of Corporate Valuation of IDX I Gede Nyoman Yetna explained that there is no intention to suspend GoTo shares in the near future. However, GoTo shares are being monitored in line with the principle of the stock exchange that continues to evaluate volatile shocks.

“We can say that the IDX always evaluates the trading of securities of a listed company, taking into account the condition of the company, the disclosure of information submitted, and overall market conditions,” he explained on Monday.

Yetna stated that the IDX has also asked GoTo to make a public report, which was submitted on 8th December. The results have also been published on IDX’s website. Based on the year-to-date data, the Composite Stock Price Index recorded an increase of 2.03 percent. Changes in the Composite Stock Price Index are largely influenced by fluctuations in the stock prices of companies with large market capitalisations.

Meanwhile, the weight of GoTo’s shares on the Composite Stock Price Index as of 9th December was 2.75 percent, so if GoTo’s shares fell by 7 percent in one day, then the IDX Composite would only decrease by 0.175 percent.

GoTo is included in the New Economic Board – equivalent to the Main Board – that was formed to provide a listing for technology-based companies to create product and/or service innovations, which have broad social benefits with high growth rates.

GoTo Group President Patrick Cao has previously argued that the fall in GoTo shares was triggered by macroeconomic conditions, the capital market, competition, and the company’s performance. With the end of the lock-up period at the end of last November, there was an increase in the number of outstanding shares.

“This resulted in an increase in share buying and selling transactions,” said Cao in the GoTo Public Report on Thursday 8th December.

“Many of these variables are matters beyond the control of the company’s knowledge. The company will continue to focus on driving sustainable business growth,” he said.

Moreover, Capital Market Practitioner Lanjar Nafi pointed out to Emiten News on 12th December that the appreciation of the rupiah exchange rate against the US dollar failed to become a positive marker, and the Indonesian stock market weakened with the strengthening of the majority of major indexes in Asia.

“The rupiah exchange rate depreciated 1 percent and Indonesian bond yields rose 9.5 basis points in line with rising US yields and increased demand for US dollars while waiting for inflation data and next week’s FOMC,” said Nafi. “The weakening of GoTo shares which has been significant for two consecutive weeks has had the effect of reducing investor optimism for the Indonesian stock market even though Indonesia’s economic fundamentals are relatively good.”

According to RTI Business monitoring, as reported by Tempo on 2nd December, GoTo’s shares opened down 6.38 percent or nine points to a price of 132, leaving many retail investors stuck in their shares. GoTo Corporate Secretary RA Koesoemohadiani said that the results of a coordinated secondary offering of shares owned by pre-IPO stock investors were not continued ahead of the end of the lockup on 30th November 2022.

Will the COVID-19 Test Business Dim?