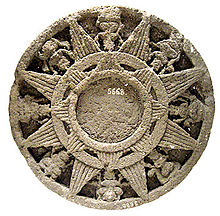 As a writer, traveller, and art enthusiast, I’ve come to find Majapahit as probably one of the most romantic and inspiring pre-Indonesia eras. And one of the things that come to mind when I think about Majapahit is the reddish brown hue of its glorious terracotta architecture and arts.

The Majapahit Empire, which ruled between the 13th and 16th centuries, is one of the most important predecessors of the modern Indonesian Republic. One of its founders, Gajah Mada, is famed for pronouncing the Palapa Oath to not taste the delight of any spices until all of Nusantara is united. And sure enough, Majapahit at its greatest spanned from present-day Pattani, Thailand, to the Bird’s Head of New Guinea—uniting hundreds of nations into a politico-economic powerhouse adorned with a culture of technological and artistic finesse.

I always thought that the location of Majapahit’s capital was a mystery, and was surprised to learn that Trowulan—now a district in Mojokerto—is actually just over an hour’s drive south of Surabaya. That said, nobody today knows exactly where the palace was. Most people who visit Trowulan try to guess its location by visiting historical sites that reflect signs of the era’s royal grandeur.

In fact, much of what is currently known about Majapahit remains obscure, with little physical evidence of its existence throughout its former territories outside Java. And yet Trowulan still attracts the attention of archaeologists and historians, from around the world, most who learn about Majapahit by consulting ancient narrative poems such as the Nagarakertagama and Pararaton. But drive down Trowulan’s main street, and you will find to your left and right passages to ancient terracotta-coloured sites that witnessed the history of the flourishing empire being made centuries ago.

The discovery of Trowulan is credited to Sir Thomas Stamford Raffles, who served as the Governor-General of Java for the British East India Company. In 1815, Raffles surveyed the then heavily forested teak woodlands and unearthed many sites whose origins are traceable to the long-forgotten Majapahit era. Much of what is Trowulan today was then buried underneath the sedimentation of the River Brantas and the volcanic activity of Mount Kelud.

My first stop was the Museum Majapahit. It is located next to the Kolam Segaran, a 375 x 175 metre-wide terracotta pool on the roadside. Legend has it that after royal banquets in the palace, gold cutlery is dumped into Segaran to make the point of the empire’s wealth.

Museum Majapahit was established in 1924 as the Union of Majapahit Archaeologists (Dutch: OVM) by RAA Kromojoyo Adinegoro—then Regent of Mojokerto—and Dutch architect Henricus Maclaine Pont. The current museum was opened in 1987 as a one-stop place to store and exhibit archaeological artefacts found in the vicinity of Trowulan, and to prevent these goods from being damaged or stolen.

The museum has a fascinating collection of terracotta items such as piggy banks, human figurines, and kitchen utensils. Many exhibits, such as children’s figurines with foreign facial features suggest that international trade was a significant part of the Majapahit economy and culture.

There are also numerous prasastis (stone monuments bearing written historical records or ancient poetry), intricate stone statues of Hindu gods, and fine metalwork such as musical instruments, weaponry, and equipment for religious rituals. These suggest that Majapahit was ruled by aristocratic classes that placed great importance in the arts, spirituality, and the romantisation of society’s collective memories.

The al fresco exhibition space provides a pleasant walk-through with visual boards explaining the different eras of Majapahit and the significance of the exhibits.

My next stop was Candi Tikus, a royal ritual bathhouse of terracotta dated to the 13th or 14th century. In 1914, local farmers were battling the infestation of ricefield rats and traced it to a huge dirt mound that served as the rats’ nest. Regent Adinegoro then commanded an excavation of the mound and discovered the ancient bathhouse, which since then earned its name: Temple of the Rats.

There remains many myths associated with Candi Tikus. Local urban legend says that one of the distressed farmers in 1914 received a revelation in his dream to draw water from Candi Tikus and pour it onto the four corners of his rice field. The next day, the rats that infested his rice field miraculously disappeared and the soil became fertile. Later, a rich merchant heard of this miracle and greedily plotted to increase his wealth. He then stole bricks from the Candi to the place on his property, and the rats came and ate away his wealth.

According to Dutch archaeologist Bernet Kempers, Candi Tikus was modelled after Mount Mahameru in India, which Hindus and Buddhists believed to be the dwelling place of the gods, as well as the source of holy water and all life on earth. The architecture flaunts geometrical beauty. The complex was renovated in 1985 and is now surrounded by manicured gardens featuring the Surya Majapahit royal emblem.

As a work of engineering, Candi Tikus is believed to have been the regulator of the capital’s water debit, distributing water from 18 large dams in Mojokerto. As a work of religious artistry, Candi Tikus served as a meeting point between Hindu worshippers with their Source of Life, as well as a place for the kings’ and queens’ religious ceremonies.

My final stop for the day in Trowulan was the Gapura Bajang Ratu, a 14th century crab claw-shaped royal gate. Standing 16.5 metres tall, the slender terracotta gates are adorned with intricate reliefs that make you wonder what great artistry the simple technology back then could achieve.

The open-air complex in which the Gapura is found is believed to have been the entrance of the Majapahit palace. Some people suggest that the palace’s main building might have been the Pendopo Agung Trowulan, but locals say that the exact location remains riddled with mystery.

In the lush gardens that surround the complex, you can find the maja (Aegle marmelos, L.), a citrus tree whose bitter fruit is the origin of Majapahit’s name.

There are many more places of interest I would have loved to visit in Trowulan: Kedaton, Candi Brahu, Candi Gentong, Kubur Panjang, Candi Menak Jinggo, and the Makam Puteri Champa. But it seems that one day is just not enough to explore the splendour of Majapahit’s former capital. In the meantime, I just bring home memories of terracotta reliefs baking underneath the hot East Javanese sun when I think about the streets of Trowulan.