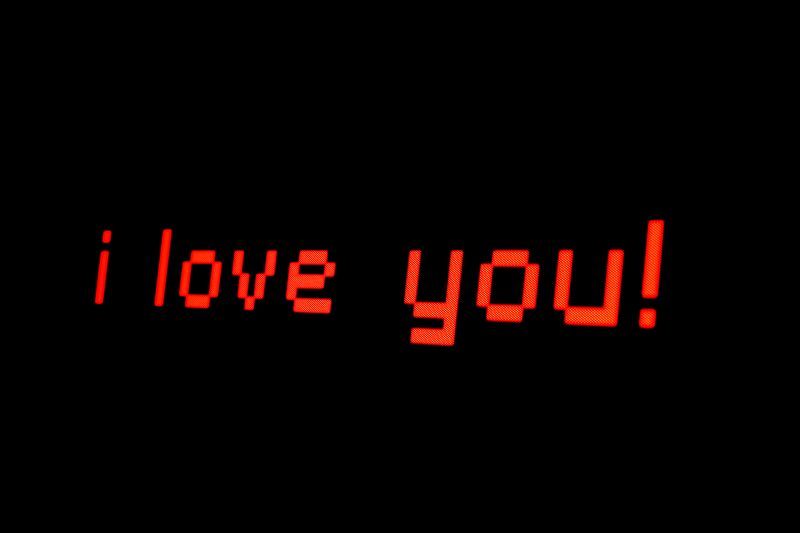 Internet dating has seemingly got the whole world by the proverbial short and curlies, and Indonesia is no exception.

Sites such as Tinder, Badoo, OK Cupid and Grindr (should you be of an alternative disposition) boast a seemingly endless number of amorously hopeful men and women, only a relatively small percentage of whom have lied about their ages (I really am 23 and a half though, scout’s honour).

Should you be interested in throwing your hat into the online dating ring then you’ll first need to create your own profile. First, upload a few photos of yourself looking pert and fluffy and then type in a few indicators as to what any potential mate may be letting themselves in for (e.g. age – 39 7/8, hobbies – cooking, putting things on top of other things, drinking own urine, etc.).

When your profile is ready, then it’s time to trawl through a few possible matches. Simply swipe left in abject terror or swipe right indicating your interest and hope for the best. When you match with someone who has also swiped right on your profile, it’s then time to engage in a bit of facile banter and exchange a few bland inanities with your potential beau before finally arranging to meet in the flesh at a branch of Starbucks for a vanilla latte frappuccino thing that resembles a cup of shaving foam with rabbit droppings in the bottom. Enjoy a quick chat over your drinks before either saying goodbye and never seeing each other again or jumping into bed together first and then never see each other again.

As we move into the month of love and one million tinder accounts start pinging away like oversexed pinball machines, it’s clear that cyber dating is riding the wave of the future. Alas, Indonesia has always had a somewhat ambivalent relationship to both the Internet and to young couples dating, and it is against this background of a nation increasingly yoking religion to its time-honoured authoritarian political chariot that the Tinder rebels seek either a soul mate or seven and a half minutes of grunting and sweating.

We’ll have to see if the ominous shadow that the Shariarization of public life is increasingly casting over the Indonesian body politic ends up spawning the now traditional anti-Valentine’s rhetoric this year. So far though, I’ve heard no direct mention of the evils of Internet dating sites from the country’s more firebrand leaders. Previously however, MUI clerics and local mayors have inveighed against Valentine’s Day and young love in general, declaring such things to be haram, i.e. prohibited under Islam, and also raising that old sawhorse of ‘Pergaulan bebas Barat’ (Western liberal social norms). It’s a broken record that I’m sure we’ll be hearing a lot more of here over the coming years, and indeed the country’s LGBT community is currently in the fundamentalist crosshairs.

The history of sexual repression is a long and sad one, and such repression is surely one of the great driving forces of religion, as the stifled energies of the seething primal id (in Freudian terms) are channelled into a vigorous defence of chastity. At its most extreme, you have young men with AK-47s in one hand and a copy of the Koran in the other sublimating their sexual tensions through militarism. Not to mention Catholic priests getting up to all sorts as a consequence of their enforced celibacy.

The recalcitrant stain of terror that lingers on the fabric of the modern world is essentially puritan in character, and decadence, in all of its forms, be it sexual or even gastronomical, is its enemy. As HL Mencken once famously wrote, “Puritanism is the haunting fear that someone, somewhere is having a good time.” Mind you, at 250 million people and rising, plenty of folk in Indonesia have clearly been making the beast with two backs, in spite of the increasingly dogmatic edicts. Still, if you can’t beat them join them, as the old cliché goes, and with this in mind, the more devout among you may wish to try Indonesian Islamic dating sites such as Islama.com or Singlemuslim.com (but it’s holding hands only, I’m afraid).

It’s generally female sexuality that has traditionally borne the brunt of social repression. Friedrich Engels’ writing in The Origin of the Family, Private Property and the State offers a materialist reading of history regarding this issue that is bound up in notions of social class. Men of standing, he notes, like to leave whatever worldly chattels and possessions that they have accumulated to their sons. In order to achieve this however, they have to know that their sons really are their sons, and for this to be achieved strict monogamy has to be imposed upon women. Thus the move to a class-based society, private property and the nuclear family had the effect of disempowering women and circumscribing their behaviour under patriarchy.

The fundamentalist clerics may be micturating into the wind however, as online dating increasingly grips the collective psyche of the nation’s youth. If our entire lives are lived virtually through our devices, as they increasingly are, then perhaps something vital is getting lost along the way. For example, I’ve recently discovered the joys of online shopping (only about five years after everyone else). I’m especially fond of ordering stuff from Bukalapak.com as this saves me the bother of having to trawl around various shops looking for what I’m after.

Ultimately, perhaps something is being lost here. One can order the latest Dan Brown novel from Amazon for example (possibly due to the embarrassment involved in having to ask for it in person at a bookshop). However, perhaps one is missing out on the relatively rich, nuanced experience involved in going to a bookshop, browsing, chatting to the staff, having a coffee, fantasizing about removing the spectacles of a bookish fellow customer of the opposite gender, etc., etc.

All of this is lost if you’re simply sitting behind a screen clicking a mouse, and Internet daters are probably also falling victim to this malaise.

While first-timers feel like a kid in a candy store, agitated by the swiping right through an infinite human smorgasbord of potential partners, after a while one’s romantic palate tends to feel a little jaded and one becomes somewhat deadened to the affect.

Don’t get me wrong, it’s wise to find someone that you are compatible with and you can’t blame somebody for weeding out cyber dating profiles of practising Satanists or ultra health freaks, who have moved beyond veganism to a diet of broken furniture. The classic romantic scenario of eyes meeting across a crowded room seems to be increasingly consigned to the desktop OS trashcan of history. A prearranged, pre-vetted first meeting in a strip-lit coffee shop kind of lacks the frisson and spontaneity that Shakespearean sonnets are made out of. Oh well, autre temps, autre mœurs.

The Day We Put a Price on Love