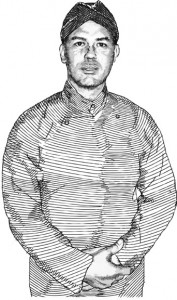 8 months ago, after my controversial column about Bali, I received some very nice emails from you guys. Thanks a lot. Some others were pleasant too, like, “Laurent, you are a f***ing French bastard!” or, “Laurent, don’t even try to land in Bali if you want to stay alive!” One email was a bit harsh but logical: “Please, apparently you share your time between Jakarta and Yogya… Then tell us about the amazing expats in Yogya.”

I will tell you about my “bule” (expat) friends in Yogya… I should start by saying that the expat community in Yogya is so small that you will barely cross them in the city. Only in a few places like Via Via Café, Hani’s Bakery, Gadjah Wong resto, Zango resto, Monico Café, Asmara Café or in those nice and trendy malls where you will be finger pointed by the locals. It’s only funny during the first week of living here… After that… Hum… Not really, but at least it makes us understand what it feels like to be a monkey in the zoo all day long.

So we have basically four categories of expats here.

The first category I will mention as “the business people “who basically hate each other which makes it difficult or dangerous to organize a dinner with more than five guests. We mostly think that without us Yogya will be missing knowledgeable things like design, art, technology and food (but this is basically an international and not nice expat feeling right?). We also try to convince ourselves and our visitors that this city is as trendy as Paris or London, but we still like to escape from here as often as we can. The best place we have found for a drink is an ugly and noisy boulevard where they propose a mono product concept, the Bintang concept (local beer)! We all pretend to be happy with these four nightclubs including one that recently closed. Most of the business people are married with some nice and strong local ladies who try their best to support their husbands (the other way around is also true). We try to meet as often as we can to share about culture and art by playing footsal, paintball, off-road motocross, cycle, and clubbing! If you want to meet them all at once then you go to the Hyatt Hotel pool on a Sunday. This is the “South African white/Chinese camp” in Yogya – the familial camp. This is the only meeting I skip, the other ones, I am one of the guys and I’ve got the opportunity to meet that I would never have met in Europe and that’s extremely positive.

The second group could be named “the hippies/intellectuals/artist people”. They have decided to live a very long and interesting life experience. A priest promises to not have sex, and this group decides to not have money! Kind of a big group, a big mix, they like yoga, vegetarian stuff, alternative energy and green fair trade stories. I recognize that they are nice and very well integrated with the locals as they HAVE to share their lifestyle by eating in the street and living in some very nice 50sqm wooden house. They mostly are involved in real cultural events (which is good) and they are in total panic if you mention the words: immigration, Singapore or business.

The third group are “the NGO people” who are less and less (thank God). They were supposed to stay for six months after the bad earthquake in 2006 but kind of enjoyed the “business group comfort lifestyle” with a nice feeling to save the world by enjoying the pool in the Hyatt Hotel. Non-governmental organizations apparently doesn’t mean non profitable organizations ya? They are well integrated in the “business group” and they even have a better lifestyle sometimes. I crossed one of them in the Garuda lounge last week, he is a good friend of mine and he was looking like a perfect businessman – trendy and over equipped (iPad, BB, laptop, fantastic rolling suitcase, Ray Bans). I looked like a gypsy next to him (I also look like a gypsy next to a gypsies my mother would say).

And finally the forth group: “the pensioned group”, mostly Dutch, and apparently happy to have left their homeland, soon underwater, to get some cheap beers here (by the thousands). Honestly we barely meet them as they’re kind of secretive people – certainly plenty of “sleeping agents” from the CIA who spy on us from time to time. I sometimes cross them in the street and they always look at me with suspicious eyes. Then they immediately write a small note in their black carnet. That’s a bit scary ya, but I believe they need to entertain themselves by believing that the Dutch government still needs them here.

I have to say that I strangely fit with most of the different groups despite the fact that I am a part of the devil “business group”.

But I will tell you now why it is a bit unique.

An unfortunate and sad event has opened my eyes to the positive aspects of these four mixed groups.

About two years ago, we lost one of the nicest old figures of the expat community in Yogya; a 65-year old Canadian friend, ex journalist, ex university professor, a writer, a poet, an intelligent and open-minded gentleman. It was very sudden and a group of friends decided to make a simple ceremony.

I arrived in the furniture factory of one of his best friends, a European businessman. The ceremony was held in a large and simple courtyard, a table console was displayed in the middle with some flowers, candles and a few pictures of our friend. I saw people arriving by the dozens and I suddenly understood why Yogya was a bit unique. The four categories mentioned above were well represented and everybody was chatting. It was kind of unreal: locals, business people, intellectuals, NGOs, pensioners. It wasn’t only due to the personality of our friend; it was also because Yogya has this magical way of mixing people. We listened to some very beautiful texts translated in French and English by his close friends then we all stood up in a big circle – a very emotional moment. I normally hate those kind of things as I am certainly too sarcastic and always find a way to misbehave even when it’s not proper at all (my mother will also confirm).

And suddenly another unpredictable moment. One of his best and very old friends, a native American Indian, a very tall and skinny guy with long hair, wanted to sing an American Indian song. I know it can seem a bit cliché or funny but it was not. So he started to sing those strange words and sounds that you can hear in some old Cowboys versus Indians movies. Those strange words climbed to the sky. First I think that it was not an easy performance at all, and suddenly I must say that I had been submerged by a big emotion to see all my friends and all these messy groups. Together, standing up and listening to those ancestral words from the other side of the world with candles moving in the air, I thought, “How come some Dutch, French, German, British, American businessmen, hippies, writers, pensioners, local workers, volunteers, artists, IT programmers, chocolate makers could stand up together in the middle of a warehouse in Yogyakarta listening an American Indian song?!” 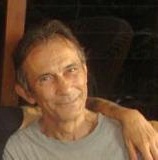 Our friend always thought that Yogya was a bit special and that night I am sure that he was also very proud to have been a part of this messy mix of strange people. And myself, that night I felt lots of energy from all those different people. While those words were climbing high into the sky, I was also happy to be a part of this big mess.