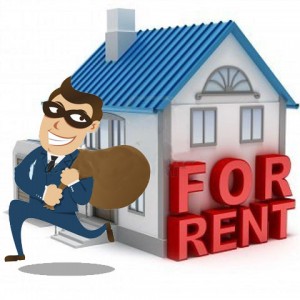 Renting a house, apartment or holiday accommodation can become a nightmare if you fall victim to a real estate scam. Most commonly, scammers pose as owners of property, which is offered for rent or sale at a bargain price.

Wiendy, a film producer, saw an advertisement in the Pos Kota tabloid for a house for rent in Cipete, South Jakarta, for only Rp.22 million per year. She called the advertisers, a husband and his seemingly pregnant wife, who gave her a tour of the house, which she decided to rent. The next day, the husband telephoned Wiendy and requested the money be transferred immediately to cover his mother-in-law’s urgent hospital treatment. Slightly suspicious, Wiendy visited Pondok Indah Hospital but felt sympathetic when she met with the wife, Hajah Romlah, and her “ailing mother”. She transferred the money and agreed to meet at the house the following day to collect a key and sign a rental contract. The “owners” never appeared and stopped answering their phones, while the “mother” left the hospital without a trace. Wiendy later discovered the real owner had given a key to the scammers, who had made only a Rp.2 million rental down-payment. Wiendy tried reporting the scam to the police but was told she would have to pay for an investigation.

Sometimes, prospective tenants are the scammers. The owner of a furnished rental unit at Casablanca Mansion apartments in late May received a text message from a woman calling herself Ibu Devi, asking if the residence was still available. The following day, Devi and her “husband” Hendry Widjaja inspected the apartment. They claimed to have two young children waiting in a car parked with their driver. Hendry posed as an agent for state-owned firms PLN and Pertamina from Riau province in Sumatra. He said he needed a few hours to access funds from his office and would then transfer six months’ rent by 6pm. The couple then staged an argument about whether to bring their furniture from Riau or use the furnishings already in the apartment. The owner agreed to lease the apartment and handed over a key. When the rental money was not transferred on time, the owner checked the apartment and found it had been burgled. The couple had removed all electronics, electrical appliances, tableware, gas cylinders, bed linen and other items. CCTV camera footage showed they had used the stairs and the service lift to the basement, thereby avoiding guards in the lobby area. The couple is believed to have perpetrated the same scam at the Lavande Residence Apartments in Tebet and at Taman Sari Semanggi Apartments. Footage of them has been uploaded to YouTube.

Another scam involves responding to internet advertisements for rental properties. The scammer contacts the landlord by email only and claims to be in another province or country, and then mails a cheque to secure the rental of the property. The cheque is higher than the amount agreed to, and the “tenant” directs the landlord to transfer the excess funds to a third party account for some excuse, such as “to cover my mother’s hospital treatment”. The cheque is always worthless, yet some landlords still fall for this scam.

Expatriates, including diplomats, are sometimes targeted by scammers selling forged land certificates for Jakarta properties. Potential buyers should be able to avoid being ripped off by making a copy of the certificate and getting it verified at the local office of the National Land Agency (BPN).

Rental fraud is common in Bali, where scammers pose as accommodation owners and offer luxury holiday villas at bargain rates. Such scams are usually done over the Internet and target people living outside Bali. After the victim has transferred the money and then arrives, they discover the property was never booked in their name – leaving them with nowhere to stay and little chance of a refund. Several cases of this fraud have involved properties advertised on sites such as HomeAway and FlipKey, which are majority owned by TripAdvisor.com. Scammers are believed to have hacked property owners’ email accounts, phished original email enquiries from holidaymakers and then tricked them into making fake bookings and transferring funds to Barclays Bank accounts in London. Vacationers are advised to always telephone the owners of properties before transferring funds and to search Google for any information in accommodation offers to ensure it does not appear in scam warnings.