There are encouraging signs that it really is.

The evidence comes from the independent assessment of Indonesia’s 20 year US$ 250 million coral reef rehabilitation and management program (COREMAP) which will enter its last and sixth year, Phase III, in 2014.

Indonesia is the global centre of marine biodiversity. There are three reasons for this.

It has (i) the largest area of interconnected tropical coral reefs in the world, (ii) the temperature range is reasonably constant on account of being on the equator and there being deep ocean floors beside these rich areas with its currents ensuring that surface temperature thermoclines do not form or, where they do, do not persist for long (iii) thereby allowing many more species – coral and fish – to evolve.

Recent Indonesian government initiatives in marine conservation of its rich coral reef resources have been shown to be positive. This twenty year program is based around the concept that coastal communities are the best managers of their reef resources and it has been shown to have largely worked. What can be said with confidence is that without this program, the situation would have been much worse today. 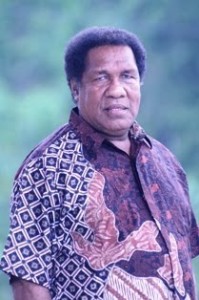 Fishermen households in some parts of Indonesia, such as in Raja Ampat and Padaido in Irian Jaya, Wakatobi in Sulawesi and Sikka in Flores, are beginning to benefit from these investments, particularly through reduced incidence of illegal and dynamite fishing plus the creation of fish sanctuaries where the reef fish can grow and go on to mature and spawn. The rate of degradation of reefs through direct human causes has been halted and is being reversed which is proving positive for marine tourism and local fisheries’ productivity.

Some of the key results of the program are given here to illustrate the point that there is now a new ethos in Indonesia. Coral reefs matter and they need to be protected – and the government is doing its bit in creating the right conditions for this to happen via a range of innovative local and national initiatives.

The global objective of the COREMAP program is to protect, rehabilitate, and achieve sustainable use of coral reefs and their associated ecosystems in Indonesia.

Fish, like water, in rural communities are considered as a free resource. Water comes from the sky, fish from the sea.

But most of us know that that is not so . . . and why do we know this? For the last twenty years, the amount of food (fish) we take from the world’s oceans and seas has been, at best, static. What got us here is the notion that anyone can take from the sea. Seen from the viewpoint of individual fish stocks, all the grandparents and most of the parents are gone. Why? Because we have eaten them.

Today’s surviving generation of fish are mostly immature youngsters. They have adapted rapidly after just seventy years of industrial fishing to grow faster (less competition equates to more food per fish), so mature earlier, but then individually, as adults produce fewer eggs than older parents because more of their energy is still going into growing themselves.

Globally, about one third of our fish stocks are overfished and the higher their individual value to the fishermen who go out to catch them, the harder they are fished.

Southern blue fin tuna have been severely overfished for a quarter of a century. And its management body, run out of Canberra, Australia, must share some of the blame. Locally, in Indonesia and the rest of Southeast Asia and the Pacific, home to more than fifty percent of the world’s coral reefs and its valuable fish stocks, the story is the same. Here, their high economic value is not measured in dollars, but in life itself. Food tomorrow is not an option for the desperately poor and starving. Reef fish are a rich free resource which can provide ready cash or a meal to fill an empty stomach.

Illegal unregulated fishing fleets and desperate individuals have been left to plunder the seas’ rich fish resources at will. Laws and regulations made in the comfort of world parliaments by fat lawyers hold no sway on the high seas or for poor illiterate fishermen seeking a feed for themselves and their families.

Sustainability is the mantra

They need education, sure. But more than that, they need to be given alternatives to going fishing to provide nafkah – the basics – for their families. High penalties, if caught, are not a deterrent. Rich fish stocks within protected areas are at risk from dynamite fishing by desperate fishermen from outside the area.

So if three of the richest, most regulated, nations on earth, Australia, Japan and New Zealand, took more than a quarter of a century to reign in their relatively small number of SBT fishermen, what chance does the government of Indonesia have in reigning in its desperately poor, widely dispersed reef fishermen? Not much!

Yet, after embarking on an enormously ambitious project fifteen years ago, Indonesia, its citizens, its administrators, its fishermen, have seen a remarkable transformation in its national belief system. They get it. And it has been the young generation that has gotten it first.

Around the globe today, ask anyone below thirty what are the main challenges facing our home, earth, the planet we live on? And the majority will say the sustainability of our resources. Reversing their continuing decline and providing them, and all of us, with a healthy environment to live in and us to live off.

On the remote islands of Raja Ampat, Padaido and Wakatobi, the answer of their youth is the same.

Not taking too much. Taking just enough to live on. Not wasting it. And definitely not bombing the reefs that provide food for the reef fish, nor ever using fish poisons which make catching fish so much easier.

Fifteen years after committing to tackle the problem of the threats to its coral reefs, started amid the worst financial crisis this country has seen since the days of its first president Soekarno, the Indonesian government’s scorecard in this arena is “satisfactory.” On all but one of the seven key performance indicators for this project, it has achieved or surpassed the specified target (Table 1).

Within the districts where the project works, some seventy five percent of the population are aware of the importance of coral reefs, and this awareness extends beyond the project communities to the general public as a result of outreach and multi-media campaigns, including top ten songs in the Indonesian charts.

With such key opinion formers and the President, SBY, himself repeatedly stressing the importance to the nation of its coral reefs for food production, tourism and coastal protection, the project – and the people who conceived it and implemented it – can justifiably claim it as their legacy to their country.

The direct and indirect use benefits of coral reefs are substantial, measured in billions of dollars annually, but it is the other values that are considered of greater value to the billions of people who do not live beside the tropical coast. It’s very existence. The value of Indonesia’s living coral reefs within the earth’s marine ecosystem, though small as a percentage of the world’s sea surface, is immeasurable.

Faces Of Jakarta : Imron, The Carpenter