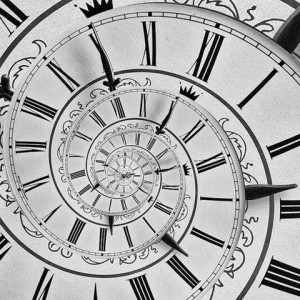 One Sunday afternoon a group of us decided to take our kids and go ten pin bowling. None of us ever took the game too seriously but we were intensely competitive, so it was a great deal of fun and tiring at the same time. After a few games I sat down with a beer and a cigarette, taking a rest while watching my five-year-old daughter play her version of the game – she was standing with her back to the alley and using both hands to push the ball between her legs as hard as she could in the direction of the pins. She would then spin round and shout at the ball to knock down the pins, and when the ball entered the gutter she would slap her forehead and say, “Oh no…” before trying again. Occasionally the ball would make it all the way and knock down a few pins and she would do a little victory dance. It was hilarious.

As I watched her I started to daydream about the future, as parents often do. I imagined her and her older sister growing up, graduating from college, meeting nice guys, getting married and having babies, making me a grandfather. Then I glanced away for a second and looked at the cigarette in my hand. I became hypnotised by the light blue smoke swirling up into the air and everything around me faded into the background as I watched the tobacco slowly burn. Suddenly there was a bright flash and the wind was knocked out of me. After a millisecond of stark, swirling whiteness, there was nothing but still, silent blackness. It felt like I had been shot in the chest. I had no idea what was happening but my first thought was that I mustn’t die for my kids’ sake. They still needed me and I had to stick around for as long as I could to make sure they were okay. I started to panic, but there was nothing I could do. I was scared, useless and alone in the dark. After what seemed like an eternity, a distant voice became slowly clearer and eventually I could understand what it was saying.

Then I heard a female voice say, “Look, he’s waking up.”

Gradually everything around me got brighter and blurred shapes slowly crystallised into clearer images. I was in a bed. A man at the end looked at me with sympathy in his eyes and then slowly walked away. Two young women were very close and looking at me with intense concern. I was confused. “Where am I? What happened?” I asked as soon as I found my voice.

The woman on the left spoke, “You’re in a hospital. You’ve had an operation.” I tried desperately to work out what the hell was going on. I could barely move and there was intense pain in my chest. Then a shock of fear – my kids. I tried to sit up.

“Where are my children?” I asked as I struggled against the tight blankets. The two young women looked at each other and then back at me as they calmed me slowly back down to a horizontal position.

“Just try to relax, dad,” the one on the right said as everything faded away again into a deep, cold, lonely, darkness.

Alone again in my mind I pieced together what must have happened. I must have been unconscious for years. My babies were all grown up and I had missed everything. Worse, judging by the crippling pain in my chest, I was probably never going to see them get married or have children and make me a grandfather. The location of the pain told me what kind of operation I must have had. It was definitely my lungs. Smoking. Why didn’t I give up when I had the chance? I felt such incredible despair, guilt and regret as I realised I was going to miss all the most important things in life and abandon my children to their fate. And it was all my own stupid fault. I would have given anything to go back and have another chance.

“Can I have an ice cream please, dad?” my little one was asking as she tugged at my shirt and brought me sharply back down to earth. I snapped out of it and looked at her and then at my surroundings. I was back in the bowling alley and my youngest baby was small again. I looked at the cigarette still burning between my fingers and realised at last the terrible future it could bring. I stubbed it out and seized my daughter and my second chance with both hands.

When All About You are Losing Theirs