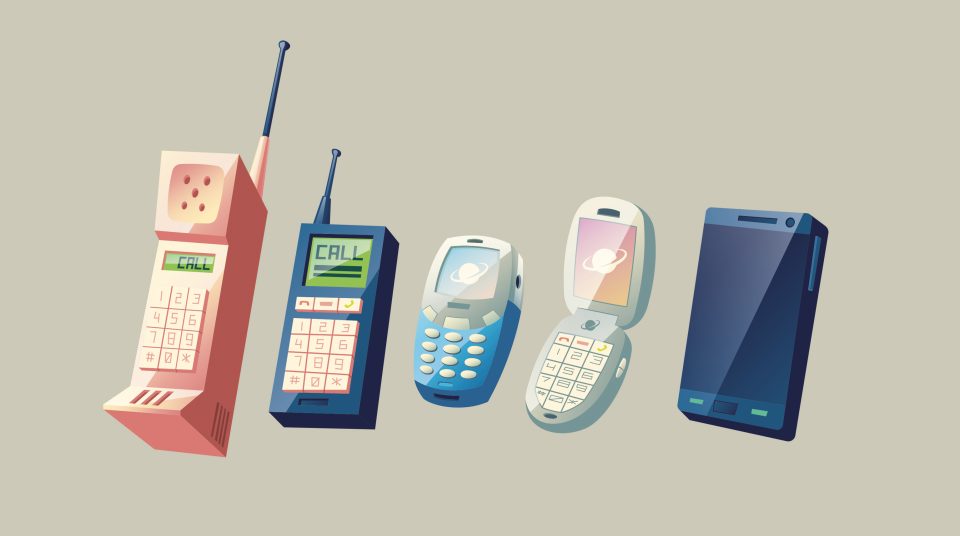 In light of the recent introduction of folding phones which, like wireless charging, once sounded like a joke (and continued to prompt laughter during the debacle when the early Samsung models broke and creased – though the jokes seem over with the more reliable Galaxy Flip), I was reminded of my initial reaction to glass phones.

Wikipedia lists glass as “a non-crystalline amorphous solid that is often transparent and has widespread practical, technological, and decorative usage in, for example, window panes, tableware, and optoelectronics.” Here’s a further list of some things that are made of glass:

Hold on. What was that last one? Smartphones? Are you kidding me? People drop smartphones. They clutch them in sweaty, greasy hands. Sure, the front of a phone has to be made of glass to make the output visible, that’s obvious. But the casing? Come on. It should be toughened plastic. Or lightweight metal. Like it always has been. Not glass.

Yes, I know that a material which at first seems counter-intuitive can turn out to be the logical choice. People once laughed at the idea of, say, ships being made of metal rather than the usual wood of Nelson’s time. In fact, here’s the above paragraph again, but this time from a 19th-century copy of “All Things Nautical.”

Hold on. What was that last one? Ships? Are you kidding me? People rely on ships to float. They don’t want them sinking. Sure, the nails and brackets have to be made of metal to keep the vessel together, that’s obvious. But the entire hull? Come on. It should be planks of wood. Or bamboo. Like it always has been. Not metal.

It’s tempting to say that this trend towards glass began with Apple and the iPhone for which “Think Different” led directly to “Break Different” as a design philosophy. But the biggest culprit has perhaps been Sony, especially with its Xperia range of smartphones. It’s as though Sony’s design lab ran a recruitment campaign that stated: “Only those with a glass fetish need apply.”

And what exactly is Gorilla Glass? Who named it so? I guess the implication is that this toughened form of glass can withstand a pummelling from a half-ton gorilla without shattering. This means that if you fell into the gorilla enclosure at Whipsnade Zoo, your phone would be safe. It might even save your life. You could toss it at the approaching beast, using it as a distraction, as you climbed up the knotted jumpers dangled down to you from the people above. Then just get the zoo warden to dart the gorilla and retrieve your undamaged phone.

Glass seems to be undergoing a revolution. It’s no longer the predictably fragile material that we got to know so well when kicking a ball around the streets as kids. Glass is slowly turning into something entirely different, something very un-glasslike. Things really got going with the release three years ago of the Honor 8. This phone used Huawei’s own HiSilicon Kirin 950 chipset and octa-core processor with 4GB RAM and 32GB internal expandable storage, had a 1920×1080 pixel screen, and was powered by a 3,000mAh battery.

However, none of that mattered. What phone in those days didn’t have specs like that? What mattered was that the Honor 8’s back was made of 15 layers of glass used to refract light in different directions. I’ll say that again. The back was made of 15 layers of glass. 15! It’s as though those 19th-century ship-builders had told an incredulous gathering of the Admiralty, “Actually, we’re going to make the hull from 15 layers of iron. That’s right. 15. But don’t worry. The lifeboats will still be wooden.”

The effect of those 15 layers of glass was that the Honor 8 looked decidedly alien. In fact, it oozed alien-ness. Hold it in your hand and you half-expected it to shimmer, hum, and throb, and then slip away into another dimension. Faster-than-light starships might one day have hulls looking like that. In the future, glass might well become as tough as diamonds, as light as feathers and as commonplace as the plastic was in the 60s (there’s already a bridge made of glass, in Zhangjiajie, China).

We might begin the day by slipping out from under our Silkworm Glass bed covers, getting into our Horse Glass cars, and driving along Tortoise Glass roads to our offices in Mountain Goat Glass tower blocks. But I’m certain that such a world would never feel right for me. Meanwhile, let’s come back up to date and move on to another list:

What do all of these items have in common? Answer: they can all be folded. But hang on. What’s that I see again? Smartphones? Oh, come on. What we have here essentially is folding glass. We’re going from the unsuitable to the impossible. You’ll be telling me next that phones will soon be able to vaporise when not in use, freeing up your pocket.

Yet the Samsung Galaxy Z Flip does indeed have an ultra-thin layer of glass that folds (Samsung’s previous foldable option had a plastic screen). This neat phone also has a Qualcomm Snapdragon 855+ octa-core chipset with 8GB RAM and 256GB internal storage, a 6.7-inch display, and is powered by a 3.300mAh battery.

Seriously though, I’m a convert. I believe that folding phones are the future. Perhaps the entire future is folding. It could be a new philosophy. Imagine going on a camping holiday. You arrive at the campsite, fold up your bike, unfold and erect your tent (with its 15 layers of canvas), unfold your chair, sit down, unfold your phone, fold your arms, and Bob’s your folding uncle.

You Can Check Out Anytime, but You Can Never Leave

Special Birthday Surprise Ideas With Your Friends In Quarantine