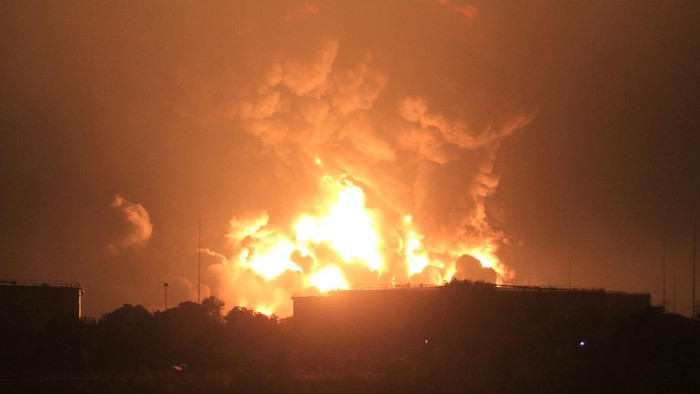 PT Pertamina (Persero) has offered assurances that the national stock of fuel oil remains safe after their Balongan Refinery in Indramayu, West Java exploded, according to Mulyono, the Director of Logistics, Supply Chain, and Infrastructure of PT Pertamina.

“The condition of the national stock is very safe. We ask the public not to panic because the stock is overflowing,” he said.

The Balongan refinery exploded and caught fire on Monday morning at 12:45am. Firefighters had difficulty extinguishing the fire because of the fuel stored in the refinery. The cause of the fire is still unknown.

The refinery is one of the largest of its kind in Indonesia, with a production capacity of 125,000 barrels per day. The activities of the Balongan refinery include processing crude oil supplied from Minas and Duri in Riau Province.

Crude oil from Riau is processed into fuel oil, non-fuel oil, and petrochemicals. The refinery has been in operation since 1994.