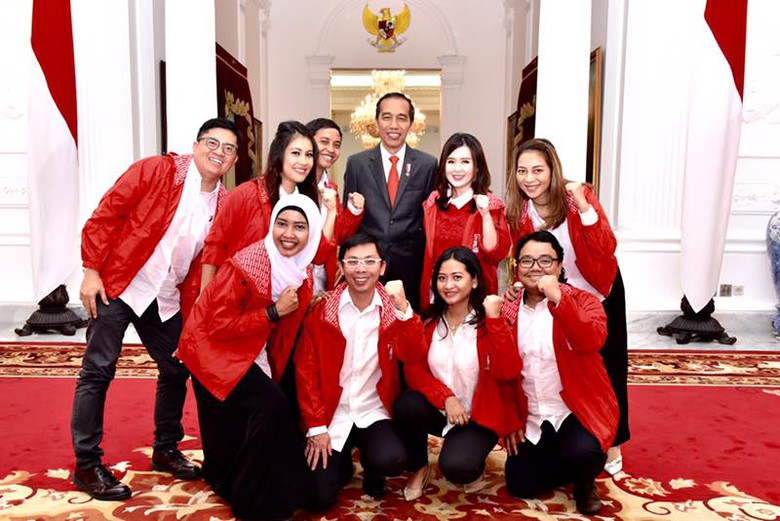 Dubbed the “millennials party”, the Indonesian Solidarity Party (PSI), is one of four new parties the General Election Commission is allowing to contest next year’s legislative and presidential elections. It is an upstart on Indonesia’s political stage that hopes to change the young voters’ perception of the government.

Two of the new parties are fronted by establishment figures. The United Indonesia Party (Perindo) is headed by U.S. President Donald Trump’s business partner in Indonesia, Hary Tanoeseodibjo, while the Berkaya Party is led by Suharto’s youngest son, Tommy, who advocates a return to the “New Order” values of his late father.

PSI leader Grace Natalie, a former television journalist, believes the time has come for a new generation of politicians who would be genuinely accountable to the people.

Her party interviews members seeking nomination for a seat in parliament, and live-streams the discussions on social media platforms. Teachers, corporate lawyers, doctors and bankers are among those whose interviews have aired on Facebook and YouTube.

“No other party is offering what we are in terms of transparency,” she told Reuters at PSI’s headquarters – referred to by party staff as “base camp” – where a wall poster urges “Make Art, Not War”.

PSI relies on crowdfunding and donations to run operations across Indonesia, and to keep costs down it works from members’ houses and uses donated vehicles.

“This way, no one person can claim that they own the party. Everyone is contributing something,” said Natalie, who was educated in Jakarta and the Netherlands, and speaks proficient English.

So far, PSI has raised 2.6 billion rupiah ($180,000), a tiny sum compared to the coffers of mainstream parties that benefit from poor enforcement of laws limiting political donations.

Natalie, who plans to run for parliament next year, conceded she and PSI need a far bigger budget to win support in rural areas, home to nearly half of Indonesia’s population. Her party will back Widodo – a popular moderate reformer – for re-election as president rather than try to field a candidate of its own.