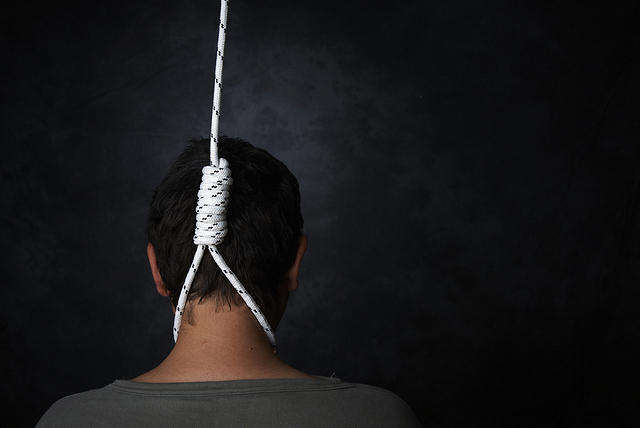 Suicide rates have rarely been the focus of media attention in Indonesia and are often regarded as overly simplistic information. There are not many social outreach campaigns in the archipelago related to suicide and to date the country has not conducted much in-depth research about how or why people may take their own lives.

Indonesia’s Central Bureau of Statistics reported in 2015 that there were at least 812 suicides nationwide. It went on to claim that the real number of suicides, including those that were unreported, was surely and significantly higher.

Following these stats, in 2016, the World Health Organization (WHO) stated that Indonesia is currently sitting in the number eight spot among ASEAN countries in terms of the suicide rate. Approximately 10,000 people committed suicide in a year in the region, which equates to about one self-inflicted death per hour.

Although suicide cases haven’t been a big part of the discussion between locals and expats, a viral video of a man committing suicide on Facebook Live caught everyone’s attention in recent weeks. On Friday, March 17, 2017, a 35-year-old man broadcast his own suicide on the social network.

In the video, he informed the public that he had a major problem with his wife. As a result, he decided to record the suicide and share it on the internet for everyone to see. The case opened up a deeper discussion and investigations relating to suicide cases in the archipelago.

But suicide in Indonesia is not limited to locals. On March 21, 2017, a Japanese expat named Jiro Inao, who worked as the manager of a popular Indonesian girl band JKT48 was found dead in Pondok Aren, South Tangerang. Inao’s 11-year-old son found his father hanging in his room. So far, the only suspected reason for the expat’s suicide is related to his stressful workload.

PR respresentative for the National Police Martinus Sitompul said local authorities have reported the incident to the Japanese Embassy in Indonesia. They have also asked permission from Japan’s government to perform an autopsy so as to rule out other physical factors that may have been at play during the incident.

Additionally, Unions Media and Creative Industry for Democracy explained creative workers in Indonesia tend to get overworked and depressed. The creative industry is seen as one of the fastest growing industries in the country. Approximately, 15.9 million people joined the industry in 2016 which experienced a 4.3 percent growth in a single year.

That said, one reason for depression in the creative industry could be the disparity between work hours and salary, the organization says. National Geographic says holistically 90 percent of suicides are due to depression. Expats and locals alike are advised to try to maintain a work-life balance.

In 2016, there were a handful cases in which foreigners committed suicide in Indonesia. Reports list various reasons, with depression being used as an umbrella term. But one important element to consider is that Indonesia is not well-known for its mental health care.

Culturally speaking, folks here tend to sweep issues of mental instability under the rug. If the suicide rate does indeed climb in the archipelago, we may see a shift in the way people deal with issues like depression and mental illness.

See: Why Indonesia Should Support Its Arts And Culture Sector