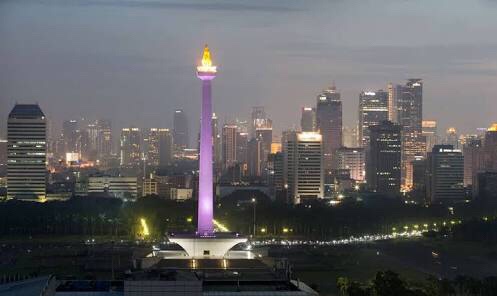 Jakarta is not a great city for expats according to a recent report, which ranks the capital a disappointing 39 out of 51 cities on the Best and Worst Cities for Expats list in 2017.

While Jakarta lingered at the bottom half of the list, the report is based on an annual survey taken by more than 12,500 respondents representing 166 nationalities in 188 countries placed neighbouring cities such as Kuala Lumpur at the number four spot, behind Madrid (3), Prague (2) and surprisingly, the Bahraini capital of Manama at top spot.

Despite its low valuation, Jakarta actually did better than many cities with bigger reputations like Milan (43) and Sydney at (44) and Paris (49).
Internations, the global expat network that conducted the survey, also released a report that ranked top expat destinations by country. Like the fate of its capital, Indonesia also ranked quite low. Out of the 65 countries ranked, Indonesia came in at 53, and was dragged down by the rating the country received for its health and well-being, and travel and transport metrics. The highest score it received in the individual metrics was for friendliness and ease of language, both ranked at 16 out of 65 countries.

Though it was fairly low on the overall list, Indonesia was deemed a better place for an expat than Britain (54) and Italy (60), while Greece was stuck at the bottom, presumably for its current economic conditions.