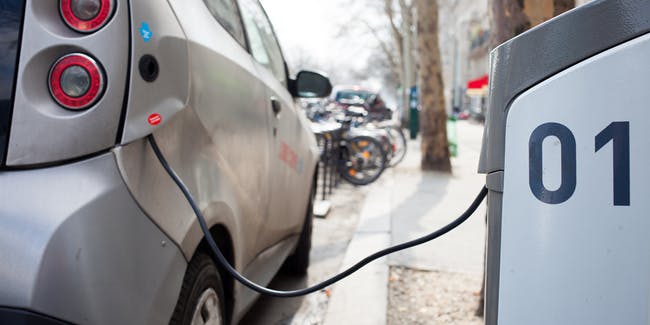 Two major car makers, Hyundai and Volkswagen, are said to have shown interest for a green vehicle project. The news was told to the press after a ministerial meeting with President Joko “Jokowi” Widodo.

The meeting was about implementing fiscal incentives to encourage electric car sales and develop a domestic industry for it in the country.

Maritime Affairs Coordinating Minister Luhut Pandjaitan told a media briefing yesterday before the ministerial meeting, that Indonesia planned to start with electric motorcycles – possibly as early as this year. The scheme would then be expanded to public buses before private cars were included. He did not give a time frame.

Indonesia registers annual car sales of about one million units, and Mr Airlangga said the aim was to have electric vehicles form at least 20 percent of total domestic vehicle sales by 2025.

The government has thrown its weight behind green vehicles in an effort to reduce the country’s reliance on imports of fossil fuels and instead tap into its abundant nickel reserves, a key material for making lithium-ion batteries.

Last week, Mr Luhut witnessed the ground-breaking of a US$700 million joint venture to develop a nickel-cobalt project in Indonesia.

The partners include Indonesia’s Morowali Industrial Park, the Chinese battery recycling company GEM, and Japan’s Hanwa, which trades in steel, metals and alloys.

“The construction will take 16 months. By the middle of next year, we will have a plant that can supply the main raw materials to make lithium batteries,” Mr Luhut said.

Hyundai Motor is keen on expanding its electric car production base to Indonesia as it wants to take advantage of the recently built integrated industrial estate in Morowali, in nickel-rich Central Sulawesi province, said Mr Luhut.