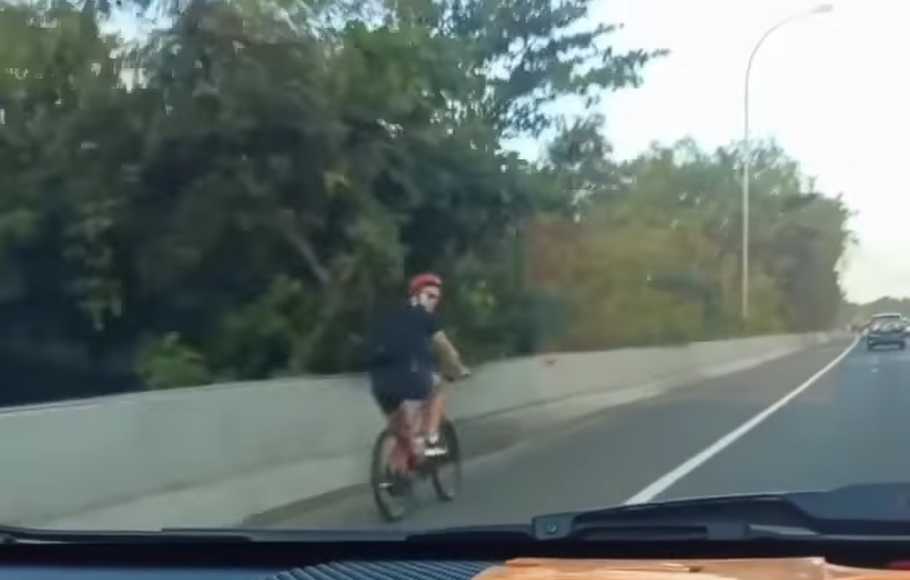 A foreigner has been spotted cycling on the Sedyatmo Toll Road section in North Jakarta, as published on Instagram @jakarta.terkini.

The incident was confirmed by the police as having occurred on Sunday, 14th August 2022.  According to the Head of the Highway Patrol Unit of the Traffic Directorate of the Greater Jakarta Metropolitan Police, Police Commissioner Sutikono, the cyclist is a foreigner from the United Arab Emirates.

He only arrived in Indonesia on Saturday 3rd August and claimed that he did not know the way until he finally entered the toll road.

“His admission was told by road users that he had gone the wrong way and entered the toll road and then planned to turn around,” said Sutikono.

“We secured the bicycle and the rider and helped return them to their accommodation in PIK,” he elaborated.

I have a headache!