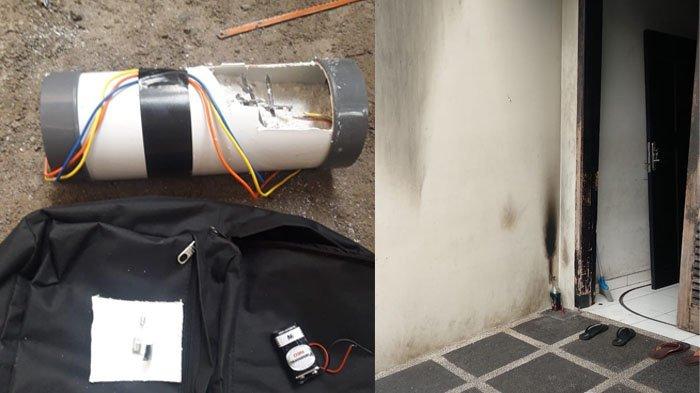 National Police spokesman Brig. Gen. Dedi Prasetyo told the media that the police found evidence in the form of glass shards and trails of smoke, which may indicate that a Molotov cocktail or another type of bomb was placed at their homes.

According to a report obtained by The Jakarta Post, a bomb squad officer discovered a black bag hanging on the fence of Agus’ house in Bekasi at around 5.30am. He also found material resembling components of a high explosive pipe bomb, such as a detonator, cable, nails, and a pipe.

The remains of a Molotov cocktail, however, were found at Laode’s house in Kalibata, South Jakarta. The KPK deputy chairman saw suspicious activity near his house at around 1am through CCTV.

Personnel from the Jakarta Police, the National Police and Densus 88 counterterrorism squad are now investigating the case.