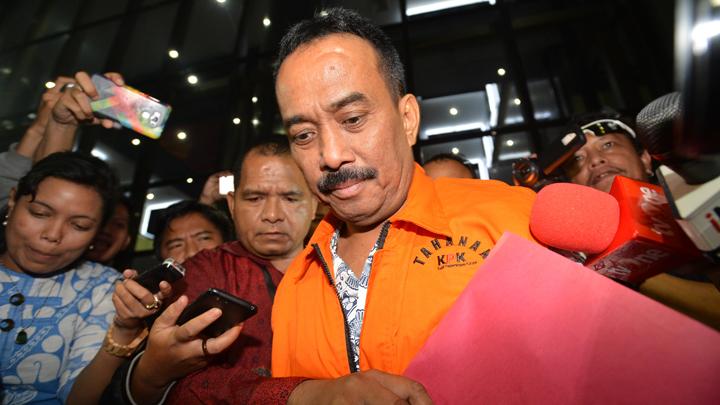 “He will be detained for 20 days at a police station in Central Jakarta,” said Febri Diansyah, the KPK’s spokesperson, as quoted by tempo.co.

Susilo is a contractor suspected of allegedly bribing Samanhudi to help him win a bid on a school construction project worth Rp 23 billion.

Susilo and Bambang are currently being detained at two separate facilities in South Jakarta.

Syahri, however, has yet to turn himself in even after his party, the Indonesian Democratic Party of Struggle (PDI-P), had urged him to do so.

“We extend our gratitude to the political party leaders for urging the suspect to surrender himself. I hope other parties will receive this message, especially one suspect who has not yet surrendered himself until now,” said Febri.