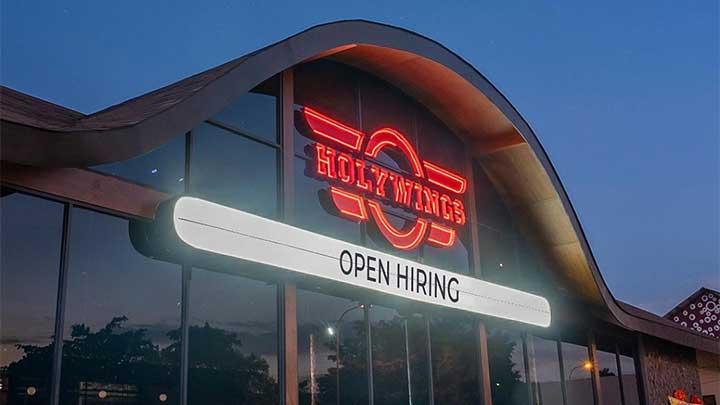 All 12 branches of Holywings in Jakarta will be shut down as of today, 28th June, by the DKI Jakarta Civil Service Police Unit (Satpol PP).

DKI Jakarta Governor Anies Baswedan revoked the operating licenses for the dozen bars after a scandal erupted last week over a social media promotion. Following investigations, it has been found that the outlets did not have the right permits for operations.

“Today, a team will simultaneously deploy to 12 locations,” said the Head of the DKI Jakarta Satpol PP, Arifin at City Hall, Central Jakarta on Tuesday.

Six employees of Holywings have been charged with blasphemy in recent days for offering free alcoholic drinks to customers called either Muhammad or Maria. The charges can lead to five years in prison or up to ten years based on internet blasphemy laws.

Andreas Harsono, an Indonesia researcher at Human Rights Watch, said the blasphemy law and a law regulating online activity was becoming “increasingly dangerous“. “These six individuals just made an alcohol promotion, maybe ridiculous in this increasingly Islamic country, but no crime at all according to international standards,” he said.

Arifin said that today’s simultaneous closure of the outlets will also be accompanied by PNS investigators and the Tourism and Creative Economy Agency and MSMEs. The closures will be carried out at five outlets in South Jakarta, four in North Jakarta, two in West Jakarta, and one in Central Jakarta.

“Later, a report of the examination will be made, after that, a banner will be made containing information on the closure of the place of business,” said Arifin.

Arifin said that the license revocation and closure of the Holywings branches is due to business violations following an investigation of the recent accusations of blasphemy. One of them is inappropriate operational activities.

“Then we also took action referring to the DMPTSP letter that had conveyed the revocation of permits for 12 Holywings outlets in DKI,” he said.

Governor Baswedan officially revoked the business licenses of all Holywings bar and cafe outlets because they were deemed to have violated the provisions for certification of alcohol sales.

Head of DKI Jakarta Provincial Investment and One-Stop Integrated Services Agency, Benny Agus Chandra, said a total of 12 Holywings outlets were closed due to the revocation of business licenses.

“According to the governor’s directive to act decisively, in accordance with the provisions and deterrent, and based on the recommendations and findings of the two DKI Jakarta Provincial Government OPDs, we as the PM-PTSP Service revoke the business licenses of 12 Holywings outlets in Jakarta in accordance with applicable regulations,” he said, Monday.