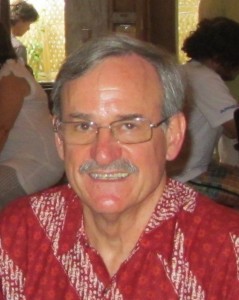 Ian Burnet, a former geologist and avid historian, spoke to us about his recently published book Spice Islands.

Spice Islands takes the reader on the historical quest for spices. The book starts with the fact that cloves and nutmeg only grew on a few tiny islands of Maluku in Eastern Indonesia, which is then followed by the little known fact that some cloves were found in an archaeological dig in Syria that has been dated to 1721 BC. The book tells of the history of the spice trade over a period of more than 2,000 years from the Arab, Chinese and Venetian traders to the trading conquests of the Portuguese, Spanish and Dutch. The fascinating history of the spice trade is told through the stories of the great traders and explorers including Marco Polo, Zheng He, Christopher Columbus, Vasco da Gama, Ferdinand Magellan, Sir Francis Drake and Jan Pieterszoom Coen.

What first brought you to Indonesia?

I came here to work as a geologist in 1968, after foreign oil companies signed the first production sharing contracts in Indonesia. Growing up in Australia in the 1950s we were taught European history. It was as if Asia didn’t exist, so Indonesia was all very fascinating to me.

How did your fascination with the Spice Islands and the spice trade start?

Before I came to Indonesia, I read up on the history of the archipelago and the Dutch East Indies Company, but I was surprised to learn after I arrived that the Portuguese and the Spanish had been here for 100 years before the Dutch. So my interest in the Spice Islands started there, and in the year 2000 I realised that there was an untold story waiting to be written. 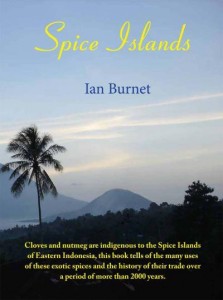 How did you do the historical research for the book?

When the idea came to me I was working in London, so I had access to the British Library. I then travelled to the Netherlands, Portugal and Venice to collect a lot of additional research material.

In your view, who was the most admirable and courageous of the early traders and explorers?

The Pepper Prince or Pierre Poivre. He was brave enough to challenge the all-powerful Dutch East Indies Company, who had a complete monopoly over the spice trade from Indonesia.

Jan Pieterszoon Coen was always the villain. His attack on the Bandanese earned him a place in infamy, but his wrong-doings were washed over because there was a general feeling that if you indict Coen, then you indict all of the Dutch East Indies Company.

Tell me about some of the remarkable people you met while researching this book?

The sister of the Sultan of Ternate. She is a marvellous woman. Interestingly, when the Japanese invaded during World War II, the Dutch evacuated the Sultan and his family to Brisbane, so that’s where she went to school and learnt English.

Where can we pick up a copy of your book?

Copies can be purchased from Periplus bookstores in Jakarta or from Bartele Gallery in Kemang (021 719 0087) who can deliver the book to you, free of charge.