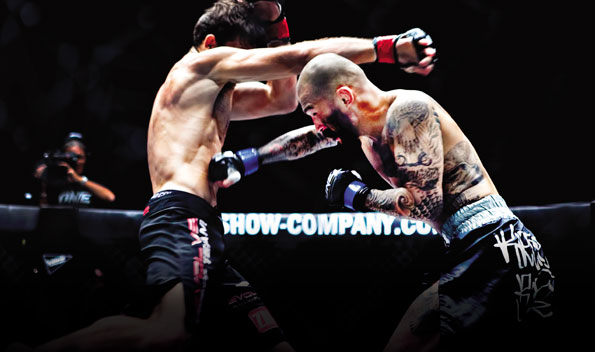 The sport of Mixed Martial Arts, or more commonly known as MMA, is on the move for global recognition. Appearing in Brazil in the 1920s, the sport rapidly gained notice thanks to the Gracie family who brought the sport over to the United States 20 years ago. MMA combines disciplines such as Brazilian Jiu Jitsu, Muay Thai, Karate, and many others that are useful in an unarmed combat arena. Today, the sport of MMA is ranking high alongside boxing and wrestling.

The inevitable rush for the sport is now busting its way into Jakarta. With more and more Muay Thai and Brazilian Jiu Jitsu gyms popping up like nasi goreng stalls around town, Jakarta is now a focal point for One Fighting Championship (OneFC) to host their second visit on September 13, 2013. Last year, Jakartans got their first live experience of local sluggers, sharing the mat with International heavyweights such as Bob Sapp and Rolles Gracie. The Singapore-based company first took air in July 2011 and is now the largest promoter of MMA in Asia. Aimed to promote local talents, OneFC hand-picks their fighters according to the site of the competition, while also maintaining a roster of ring superstars such as Shinya Aoki and Masakatsu Ueda.

The man responsible for this Asian fisticuffs phenomenon is Victor Cui, a Canadian born Filipino who, against all considerations, has excelled into being Asia’s most successful MMA promoter. I had the opportunity to verbally tackle the man during his recent visit.

How did OneFC start?
We are based out of Singapore and the company is less than two years old. We’ve held events all across Asia, now being the largest event in the region by far. Our television audience is huge, with each event broadcasted live and watched by a billion potential viewers worldwide. Our last event was held in a sold-out 20,000 seat arena. This time in Jakarta it will be held in Istora Senayan, which is a 15,000-seat stadium.

OneFC is about bringing the excitement of Las Vegas’ fight night to every city that we go to. This is not your old school, come in shorts and smoke, kind of event. This is about the who’s who and where the beautiful people are at. We have a VIP red carpet entrance with paparazzi and all the bells and whistles of the Academy Awards. There is cage side exclusivity for the VIP seats, which are already sold out. OneFC is not just about the fights and the sport of MMA; it is the social calendar night to go out to.

How does OneFC differ from other fighting competitions?
OneFC is about local relevance with global appeal. We bring in top international fighters because we broadcast around the world, but we also showcase national heroes to make it locally relevant. Indonesians want to know that there are Silat champions, Indonesian kickboxing champions and that SEA games gold medalists are on the fights cards. For the coming event on September 13th, there are six Indonesian fighters from various local gyms on the cards. We also built-in these rivals that appeal to the local audience; Indonesia versus Malaysia, Taiwan versus Japan and so forth. Our focus is to showcase and build national heroes.

What brings OneFC to Indonesia?
Indonesia is a hot bed for MMA, among other businesses. There’s a very strong groundswell here of community support that already know MMA. OneFC held a gathering in July that 46 MMA gyms attended. Once again, the foundation here for the sport is really strong and that is why we are here.

What can we expect with the coming OneFC event on September 13th?
There’s a great stack card of international and local fighters. This will be the biggest fight of the year for Jakarta. For the fighters, it is their chance to showcase themselves on international, live television. The Silat SEA games champion, who hasn’t had the chance to compete since SEA games, will now get a chance to perform in front of a live audience, and will be training his butt off to be in this event. It is the largest fight night of their careers and this level of excitement is what OneFC builds on.

Whether you’re a MMA fan, pretty face for the international cameras, or simply have an insatiable desire to watch two men going primal at each other, this is an event not to be missed. Let’s fight!

One FC will be held on September 13th, 2013 at Istora Senayan. Fight starts 18.30 sharp.
Grab your tickets online at www.kiostix.com

Bali on the World’s Circuit