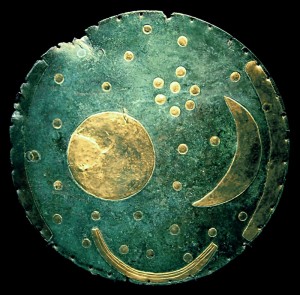 The Sun, Moon, Planets and Stars have served as the muses of artists, musicians, poets and writers since the beginning of time. Precise knowledge of the cycles of the Moon and its influences, both magical and physical (the tides), was already widespread among our Neolithic ancestors who achieved this understanding over centuries using only their bare eyes and collective memory. Indeed it can be argued that this in turn triggered a quantum leap in human consciousness. The rise of civilization is intimately linked with the development of the first full-blown calendar in the Middle East 5000 years ago. So, too, the invention of writing, marking the end of prehistory, and mathematics, were developed as sophisticated tools to accurately observe, measure and record the movements of the heavens over long periods of time.

The science of the Sun, Moon, planets, stars and comets stimulated and resulted in the arcane science of Astrology, founded on the belief that just as the heavenly bodies exercised an equally profound influence on humans it did so also upon oceans and seasons. The earliest written treatise on the subject is the Venus Tablet of Ammisaduqa, a relic from the Babylonian city of Nineveh. Written in cuneiform over 3,700 years old, it records the appearance and transit of Venus in the sky above the Fertile Crescent over a period of 21 years. Notably it is only one chapter in a larger astrological treatise discussing the impact of Venus on humans.

The ability to predict the movements of the heavens exercised many profound effects. One of the most important was the notion “As in Heaven, so on Earth”. This little ditty offered a golden opportunity to those who could foretell eclipses, comets and rare celestial phenomenon. Viewed as superhuman, some like the pharaohs of Egypt and Emperors of China declared themselves as Living Divinities and oversaw the ritual calendar governing the changing of seasons and planting of crops carefully. Aided by his priest-astrologers, the pharaoh was able to announce the imminent arrival of fertile floods that allowed Egypt to become the breadbasket of the Antique World.

It was the Babylonians who first divided the Sky into 12 equal parts, each associated with a constellation from which the names of the Zodiac signs are derived. This esoteric learning spread like wildfire to India and beyond. Similar systems also arose independently. The best known of these is the Mayan Calendar, which according to some predicted the end of the world in 2012. In most cases the new systems were probably merged with local lore and knowledge. The Chinese, who had observed the stars for centuries, absorbed and integrated elements from the western calendar that crossed the Gobi Desert to supplement their own. They, too, divided the sky into 12, however, placed the emphasis on the 12-year cycle of the revolution of Saturn around the Sun. 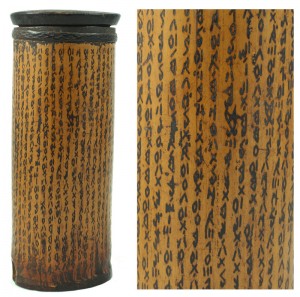 Recent discoveries have also brought surprises. One was the discovery of a breathtakingly beautiful 4,000 year old bronze and gold “Sky Disk” in Nebra, Germany. An advanced astrolabe, the disk refutes the long popular negative stereotype that depicts the Teutonic tribes of northern Europe as bloodthirsty, smelly primitives with rotten teeth and furry hides. The Sky disk, which predates the Roman invasion of Germania by almost 2,000 years, denies the skewed image seen in Ridley Scott’s epic film, “Gladiators”. As they say, the victor writes the history.

In contrast, the Austronesians, the ancestors of most Indonesians, who began settling in the archipelago some 5,000 years ago, suffer from a near total lack of visibility. Known only to a handful of scholars, the great feats of these ancient people goes largely unsung until today, even among Indonesians. Arguably the greatest sailors in the history of Mankind, the Austronesians, who explored half of the globe, possessed an intimate and profound knowledge of the movement of the sky, ocean currents, practical indications (the appearance of birds, etc.) and variations of the wind. Magnificently accumulated over centuries and interwoven, this knowledge allowed them to crisscross vast distances in large ocean-going sea crafts. In addition they developed the most sophisticated shipbuilding and navigation technology yet known. Remarkably all of this was done without writing. Instead they stored their knowledge and secrets including the knowledge of the stars in the form of chants, incantations and lore committed to prodigious memories and passed on and expanded upon from generation to generation over a period of more than 1,000 years. Many, such as the Toraja, who liken their traditional houses to ships, believe that their ancestors descended to earth on similar boats that they sailed from the constellation of Sirius and the Seven Sisters.

The remnants of this secret ancient knowledge merged with later influences from India and other systems is still found in the use of quickly disappearing traditional calendars, many which trace their origins back to the core beliefs of the Austronesians – ancestor worship (both male and female) and propitiation of great nature spirits, a form of animism that acknowledges the powers of mountains, rivers and huge trees, as well as more abstract beings including the awesome naga dragons who controls fertility and rain. Before the coming of Hinduism, Buddhism, Islam and Christianity most ancient Indonesians believed in a male Solar Deity and his wife, the Goddess of the Earth, also associated with the Moon, who together represented the polar powers of the Cosmos and the Ultimate Nature Spirits. 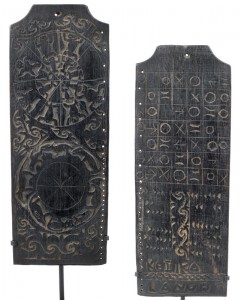 While native calendars, based on both the cycles of the Moon and Sun, were once used as a practical device to mark the cycle of the days, weeks, months and years, in the modern world this function has been largely displaced by the Gregorian calendar, which now dominates the world. Before their conversion to other religions, the magic men of the fierce Batak people of northern Sumatra and the Dayak headhunters of Borneo relied on complicated and often beautiful calendars made of black ironwood, bamboo and bones. Inscribed with images of animals, spirit figures and naga, they were used, usually by shamans or specialists, to determine propitious days to embark on new ventures – building a house, planting a field, a headhunting expedition. The calendars also marked taboos – do not cut bamboo, avoid sacred places where attack by malevolent spirits was more likely on certain days, etc. 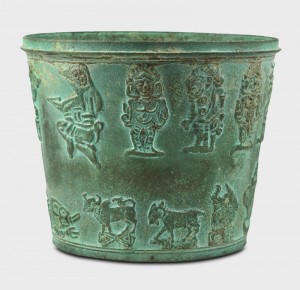 The traditional calendars of Bali (tika) and Java, serve a similar purpose, until today. These date back to the ritual calendar used by the East Javanese Majapahit Empire that held sway over most of Indonesia and parts of Southeast Asia at its height in the 14th and 15th century. Ritual bronze holy water vessels, known as Zodiac beakers because they are decorated with the 12 star signs, are an early example of Indonesian Astrological Art. Often dated, some of the signs, such as Sagittarius and Scorpio, are easily recognized and are indirectly (via India) connected to the 5,000 year-old lore of ancient Babylonia. The Balinese have a long tradition of Calendar Art. Among the most famous are paintings divided into numerous boxes with amusing images of animals and people. Other calendars can be quite simple – rectangular pieces of wood with esoteric notations marking good and bad days. Others can be richly carved and enhanced with paint and gold leaf. On rare occasions similar Javanese calendars can be found, although these have become exceedingly rare because of the inroads of fundamentalist Islam. Changes have come to Bali, too. For the most part the old tika calendars have been supplanted by a plethora of western style paper wall calendars, oftentimes embellished with garish Indian poster images of gods and goddesses that have little to do with Balinese art or culture.

No matter what their form, traditional calendars stand as the living continuation of an ancient Astrological tradition. When you refer to a calendar, be it on your smart phone, or a relic like a paper desk version, you are united with our common ancestors who stared at the sky with awe and wondered, finally coming to understand that there is a Cosmic order in an otherwise chaotic and often dangerous World.

If Music be the Food of Love, Go Seek it Out!

Nightlife Guide for Expats in Bali