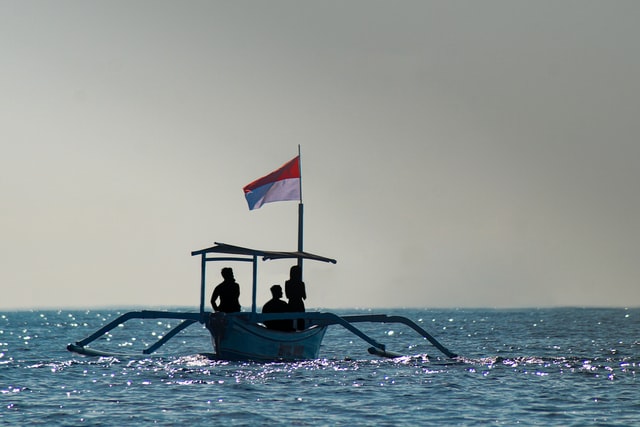 Seeing pictures of Indonesia from travel books and blogs, as well as videos from social media, documentaries, movies, and TV shows captivate readers and viewers alike with a sense of curiosity to visit the country at least once in their lifetime.

Getting to Indonesia, depending on where an expat might hail from, can be a tedious journey. Once they step out of the airport doors, they are most likely going to fall in love with this tropical island paradise.

Why do expats love Indonesia? This Southeast Asian country is an oasis filled with opportunities and a different lifestyle. Indonesia Expat has asked around some expats in the country for the reasons behind their relocation. Here’s what we’ve gathered.

Based on an Instagram poll via @indonesiaexpat, the majority of participants voted “Yes” on whether they love Indonesia or not.

The poll had expats share whether they’d been here for several months, three to five years, and even up to 10-20 years. The reasons behind their relocation varied. Most of them are here due to work, their spouse’s new job, business opportunities, a change of lifestyle, or the nature and adventures to immerse themselves in. Interestingly, the pandemic has made a couple of people yearn to continue the journey of exploring the world with no apparent plan to relocate to Indonesia, simply “stuck” for the time being.

The average day reaches around 28°C, with temperatures a little cooler in the mountain regions. There’s no spring, autumn, nor winter. There are only two seasons here – dry and monsoon. Temperatures during the dry season can reach 34°C whereas the monsoon season can result in flooded areas throughout the country.

One of Indonesia Expat’s featured expats who’s lived in Indonesia for over 45 years exclaimed that she can’t contemplate returning to her homeland in Europe anymore as she lives in an area with a spectacular view of the ocean and sunshine greeting her every day.

Half of the poll’s participants voted for “nature” as the reason behind their love of Indonesia. This country comprises many islands – over 13,000 islands if we’re talking numbers – that are either tiny, uninhabited, or popular global tourist hotspots. Cities are currently developing rapidly but away from city life is an abundance of volcanoes, jungles, safaris, forest plantations, and beaches. There are even some areas where lucky visitors can spot endangered wildlife such as the Sumatran tigers, rhinoceros, and orangutans.

Over half of the participants voted for “culture”. Bhinneka Tunggal Ika is the national motto inscribed in the national emblem called Garuda Pancasila. This phrase means “Unity in Diversity ” in the Kawi language or the oldest attested phase of the Javanese language. Thus, mixtures of ethnicities make up dozens of cultures and local customs, all distinctive to each region of the country.

Take batik, for example. This fabric craft is known to be from Java but different techniques and designs are portrayed in various regions – Pekalongan has its own, Yogyakarta has its own, etc.

A little over a quarter of participants voted for “food”. Indonesia is an agricultural country dating back centuries before memory. There are tons of tropical fruits you can find such as rambutan, jackfruit, cempedak, salak or snakeskin fruit, etc.

Local cuisine is also significant. At least 1,3000 ethnic groups call Indonesia their home and with that, there are Padangnese, Sundanese, Betawinese, Balinese, Javanese, and so many more. Not to mention, Indonesia is home to huge varieties of spices. Imagine all the food inspiring the delectable delicacies Indonesia has today.

The Indonesian people are a hit amongst expats; over half of the participants voted for “people”. Indonesia’s beautiful people extend their open arms to welcome visitors – this isn’t only towards expats, but also to local tourists.

Indonesians have warm smiles and a way of connecting with others. They follow a warm community lifestyle, emphasising polite conduct and family values. As a participant wrote, “community has a much deeper meaning here, people care for one another”. All in all, Indonesian people are known to be friendly, patient, polite, helpful, humble, used to diversity, proud of their traditional heritage, spiritual, inclusive, passionate, and love to share.

What else makes expats love Indonesia?

Everything regarding life, in general, is a big win for expats. The street cats and motorcycles, says one participant, adds up to the country’s appeal as a beautiful place to live in. Then, another participant conveyed that it “feels more free than occidental countries”. Family is also a fond reason. Mixed marriages are a norm thus these expats have started a new family in this foreign land. Moreover, a participant said that they loved the humbleness of people, hardworking nature, access to beautiful places, food, and coffee – pinpointing that basic daily needs are met here.

Living in or simply visiting Indonesia means you can spend weekends or week-long getaways at some of the must-visit places offering all these aspects in one go. We still wonder… Why do you love Indonesia?