Conducting research on unpopular ideas and marginalized people is not an easy task in this country. This is particularly true as they are regarded as a common enemy seen from the mainstream perspective or beliefs. This is what Romi Zarman faces in his efforts to research Indonesian Jews.

“Indonesian Jews demur at appearing in an open manner, considering the public perception of Judaism and Israel. Oftentimes Indonesian Jews conceal themselves, since the state does not recognize Judaism as one of the official religions in this country,” he said in a recent interview.

His interest in Indonesian Jews is traced back to his senior high school period. Until now he is unsure as to why he has such an interest in researching the history of Judaism in Indonesia. “Some Jewish descendents in Indonesia have said it was a sign that I was Jewish. But I am not so sure,” he smiled.

Romi Zarman is now pursuing a Master’s degree in the Department of History at Andalas University, concentrating on the history of the Jewish community in Indonesia. His book, Yudaisme di Jawa Abad ke-19 dan 20 (Judaism in Java, 19th and 20th century) examines the Jews and Judaism in Java over the 19th and 20th centuries. In this book, Romi elaborates that anti-Semitism by the European Church in the 18th century in Java created a profound traumatic effect, which was almost incurable throughout the 19th century. The Jews hid their identity, although the Dutch government more loosely provided religious freedom for Jews.

While researching on Indonesian Jews, he honestly admits that he could not capitalize on any great opportunity available, due to the government’s lack of aid. “I get nothing from the government. It does not care about me.” He assumes that it is to do with religious sensitivity of the Muslim and Jewish relationship. 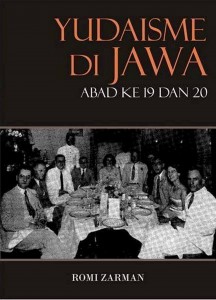 Things are worsened as most of the Indonesian Jews remain exclusive and closed off. “The biggest obstacle in my research is that most of Indonesia’s Jews are closed, making it difficult to obtain the data. Granted, some are open and very helpful to me in data gathering.” Romi attributes this to Judaism’s characteristics as an exclusive religion, not relying on the need of propaganda.

In his research, Romi has discovered that most of Indonesia’s Jews live in Jakarta. Those with Jewish descent, especially in Jakarta, often partake in holy day celebrations, but they have never been made public, such as the Sabbath prayer, Pesach, Shavuot, or Sukkot.

“Some time ago I was invited by a non-government organization (NGO) in Jakarta to present my paper on this issue, Keturunan Yahudi di Jakarta: Pernikahan, Agama dan Anti-Semitisme (Jewish Descendents in Jakarta: Marriage, Religion and anti-Semitism). There are no synagogues and rabbis in Jakarta; they want Judaism to be recognized as one of the official religions in Indonesia. They are still waiting for it to this day,” he said.

In terms of demographics in this country, Romi elaborated that there are approximately 2,000 Jewish descendents in Indonesia at this time, consisting of Ashkenazic and Sephardic Jews. They are spread in Aceh, Dumai, Pekanbaru, Jambi, Lampung, Jakarta, Bandung, Surabaya, Cirebon, Manado, Samarinda, and many other places. According to the non-Jewish population of Indonesia, the Jews are perceived as subscribing to Judaism.

“This perception is misleading. They are mostly Christians and Muslims. As for Jewish Muslims, they are very solid and good. Unfortunately, some Islamic Fundamentalists question their religious expression and methods. Indonesian Jews largely live in Jakarta and Manado,” he explained.

Regarding the possible Indonesia and Israel relationship, in his paper Indonesia And Israel: A Relationship In Waiting, published in Jewish Political Studies Review 17:1-2 (Spring 2005), Greg Barton wrote that trade flows and people-to-people ties between Israel and Indonesia have steadily improved since the Oslo DoP was signed in 1993. He asserted that a lesson to be drawn from the experience of Abdurrahman Wahid is that people-to-people links, and in particular academic exchanges, are much more important than is commonly realized.

Looking into the country’s historical data, Romi finds that the Jews were around under the Dutch colonisation. In the early 20th century, the Jewish population in Padang, as written by Hirsch in “Joodsche toestanden in Indie VII” (NIW 22, 37e Jrg [1901]), reached 28 people.

“Around 40 percent of the Jewish population in the colonial period embraced Judaism. But the fact is that the Jews kept their identity concealed by not building any synagogues and rejecting any distinctive Jewish appearances. They hid their identity until the establishment of the Association of Jews in the Dutch East Indies (Vereneging voor Joodsche belangen in Nederlandsch-Indie) in 1927 at Batavia. It also had its branch in Padang.”

In addition, Romi emphasized a unique situation of the Jews under President Soekarno’s administration. Despite his anger due to Israel’s savage methods to oppress Palestinians, Soekarno was of the belief that Judaism must be respected and subject to recognition in Indonesia. 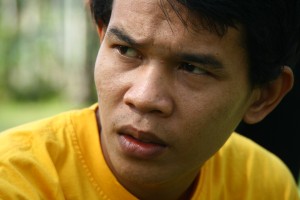 “Although President Soekarno seems to have been anti-Western and appeared harsh toward Israel, marked by his boycott against Israel’s participation in the Asian Games in Jakarta and Asia-Africa Conference in Bandung in 1955, Judaism was recognized as one of the official religions in Indonesia,” he reminded.

When asked about his hope for the future in terms of his research, Romi continued, “What I am doing is simply for a scholarly purpose. Like it or not, we need to recognize Indonesian Jews as part of Indonesian history. They belong in our historical mosaic and treasures.”