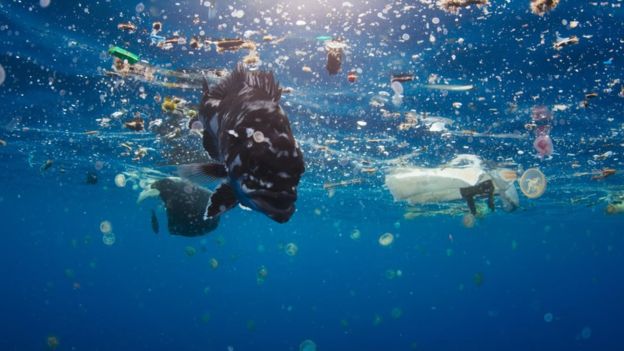 Indonesia is currently the second highest contributor of plastic waste.

Minister of Fisheries and Maritime Affairs, Susi Pudjiastuti, has urged plastic producers to help clean up seas from plastic waste and debris.

According to Susi, while the government has attempted several sea-cleaning operations, plastic producers have not actively participated in the programmes. The minister made the statement after attending the “Plastic Debris Parade” in Aspiration Park.

According to the National Statistics Agency (BPS), Indonesia is currently the second highest contributor of plastic waste, with 64 million tonnes produced annually. 32 million tonnes of that is plastic debris, polluting the seas and oceans.

This could threaten the country’s fish population and, hence, exports. Susi also added that 70% of plastic waste could enter Indonesia’s waters, as water constitutes about 71% of the country’s area. “If it is not (cleaned up), there will be more plastics than fish in ocean by 2040,” she added.

The minister encouraged citizens to preserve the marine environment and to stop using single-use plastic bags. “We continue to organize activities to appreciate seas and love seas, by campaigning about the dangers of plastic debris. In several fish markets, single-use plastic is no longer there,” said the minister.