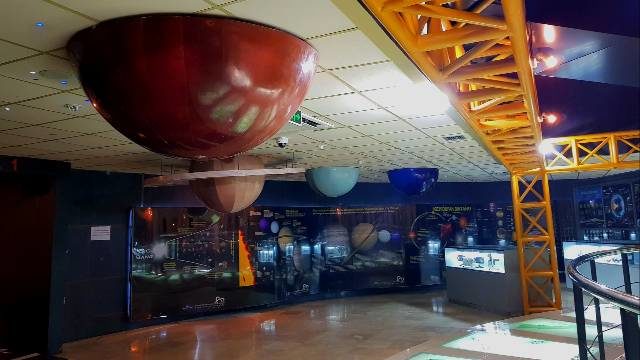 has allowed its visitors to explore the wonders of the vast universe every day since 1996.

Sadly, the 23-year old machine has long functioned beyond its shelf life. The equipment is designed to function for only 15 years.

There is a chance that it might break down beyond repair before the planetarium acquires a new one. Many are currently urging the government to take action so that the first planetarium in the nation does not close for good.

“We had to reduce the number of shows,” Widya Sawitar, a senior researcher and astronomer, said. There used to be seven shows per day, now the planetarium only holds two.

The current unit has been pushed to work beyond its capacity as the planetarium is currently still unable to afford a new projector, which will cost a few million dollars. The equipment’s producer in Germany stopped producing parts of the projector 2015, forcing local technicians to get creative by replacing its broken parts with other alternatives.

The projector has already broken down four times this year. Widya added that this is the reason why they can only afford to put on two shows in a day. The machine must not experience overheating as it would risk the delicate parts, which could lead towards a complete breakdown.

The planetarium has begged the government to allocate funds to buy a new projector. However, the plans are currently delayed due to the government’s plans to allow Jakarta Propertindo, a state-owned enterprise, to take over the management of the Ismail Marzuki Arts complex.

“The government insisted that the procurement should wait until the new management comes in,” Widya stated. The planetarium attracts 137,000 visitors annually. With an affordable ticket price of Rp7000 for children and Rp12,000 for adults, it has become a favourite destination for school trips. The planetarium is generally visited by people of all ages, and visitors from outside of Jakarta.

Veronika Leatomu, a teacher at a private elementary school in Jakarta said that the planetarium has played a pivotal role in exposing her students to astronomy and science.

“This is the best way to really learn what planets, galaxies, and stars are. Most kids in Jakarta today have never seen the stars with all the bright lights and pollution. The planetarium will open and enrich their minds, just like it did to my generation when I was their age,” she commented.

See: Lost in the Supermarket