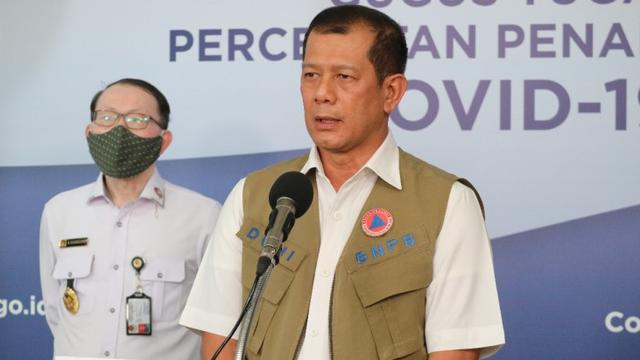 The implementation of large-scale social restrictions (PSBB) in DKI Jakarta has begun to reflect in case of numbers, with a decrease in the number of new cases each day, according to the Task Force Chairman of the Acceleration Handling COVID-19, Doni Monardo.

Doni said that the slowdown of transmission in DKI Jakarta has been due to the implementation of large-scale social restriction, which has been going well. With PSBB, community activities that are potential places where viral transmission could occur, have been restricted.

“Mr Governor of DKI Jakarta (Anies Baswedan) has reported to Mr President about the results achieved during the implementation of PSBB, ” said Doni. He believes Indonesia will return to normal in July, that is if the trend of decreasing numbers is reflected across the country while implementing PSBB.

“It can be achieved when supported also with massive testing and aggressive tracking successfully conducted by the government in April to May,” said Doni.

He also asked the whole community to adhere to the rules relating to large-scale social restrictions (PSBB) and the ban on homecoming from the government. This has been introduced to break the chain of transmission of coronavirus in the community.

Doni further explained that the security forces would act firmly and in accordance with the rules that apply so as to prosecute perpetrators of violations of PSBB rules and the prohibition of the homecoming ban.  “The president asks all of us to work harder and invites people to be more obedient, disciplined, and government agencies to be more assertive so that in the coming June we are able to lower the case in Indonesia, ” said Doni.

Not going into full lockdown was the best choice taken by the government, Doni said. The reason, according to him, lies in the increasing positive cases of COVID-19 in other countries that have imposed lockdown. “Some areas or some countries that are on lockdown has experienced an increasingly widespread outbreak and certainly pose a huge risk,” added Doni.

President Joko Widodo chose to impose large-scale social restrictions, as opposed to lockdown or regional quarantine, so that people could still fulfil their daily needs without too much difficulty. The president issued Government Regulation (PP) No. 21 the year 2020 and Presidential Decree No. 11 of 2020 as PSBB’s legal basis.

The implementation of PSBB is valid and a number of local governments have submitted permits to the Ministry of Health. DKI Jakarta’s provincial government is the first local government to enforce PSBB to break the COVID-19 transmission link since April 10th.