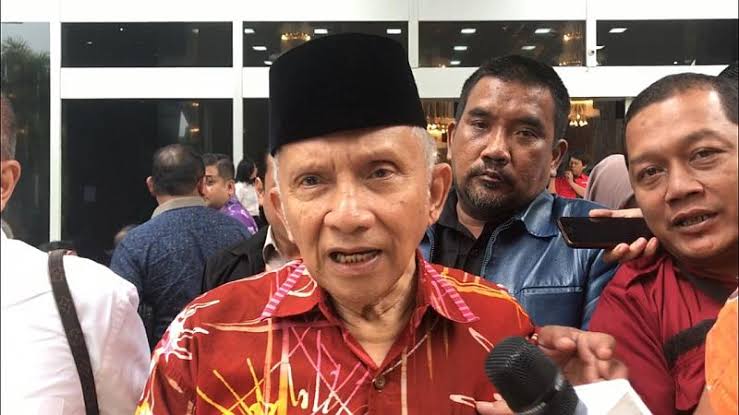 Chairman of the honorary council of Partai Amanat Nasional (PAN), Amien Rais has commented on Zulkifli Hasan’s commitment to support Jokowi without any conditions.

According to Amien, there’s no need to exaggerate support for a politic elite.

“What I really can’t understand is there is an elite from our party who are afraid of other humans, giving support without any conditions. I’m crying,” Amien Rais said in a national meeting of PAN in Millenium Hotel, Jakarta, on Saturday 7th December.

Amien explained that Zulkifli’s statement signals that he is afraid of humans. To Amien, fear should be addressed only to Allah. “If we support Prophet Muhammad without any conditions, that’s okay. But for humans like me or you, it should be with conditions,” Amien added.

Previously, Zulkifli Hasan, as the chief of PAN, has admitted that he will give support to the elected president and vice president, Joko Widodo and Ma’ruf Amin who will run the government for five years. However, he said, the support must be without any conditions.

“We said that we support and pray for President Jokowi to be successful,” Zulkifli said in Parliament in Jakarta, on Monday 22nd July. Zulkifli also explained that Jokowi is a sovereign president who has been chosen by Indonesians.

“Our support is without any conditions. Remember, the people are sovereign. And choosing Jokowi means that people give the sovereignty to Jokowi as a president and country’s leader. So we want to support President Jokowi to run the government,” He added.