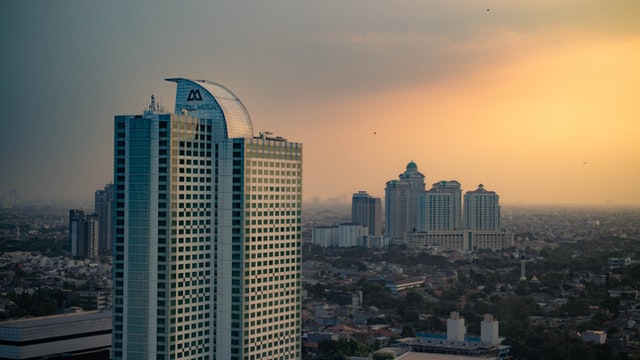 The issue of apartment ownership by foreign nationals re-emerged after the Omnibus Law on the Job Creation Bill was passed in a Plenary Meeting of the Indonesian Parliament on 5th October.

Ownership of apartments by foreigners is stated in Article 144 (1) of the Job Creation Law, which says that ownership of apartment units (Sarusun) can be given to foreigners who have permits in accordance with the provisions of laws and regulations. This article is considered unclear and has the potential to cause prolonged discussions on terms.

So far, legal experts have been debating the issue of apartment ownership by foreigners because the apartment stands on jointly owned land. According to the Executive Director of Indonesia Property Watch (IPW) Ali Tranghanda, the discussion of property rights in article 144 (1) is unclear and contradicts the regulation of the Minister (Permen) of Agrarian and Spatial Planning and Head of the National Land Agency (ATR/BPN) number 29, year  2016.

This regulation states that Sarusun ownership rights are for Indonesian citizens with a system of ownership rights, building use rights (HGB), or usage rights (HP) on state land, as well as HGB or HP on land with management rights (HPL). Meanwhile, foreigners can only take a property in the form of the right to use on a flat unit (Hak Pakai Sarusun), namely Sarusun property rights owned or owned by foreigners.

“With the mention of ownership rights to Sarusun in article 144 (1) of the Job Creation Law, there needs to be confirmation of what property is meant,” Ali said.

In fact, in the previous regulation, the ownership of an apartment by foreigners had been guaranteed with usage rights. This is stated in government regulation (PP) number 103 of 2015.

Article 4 of government regulation Number 103 of 2015 states that a residence that can be owned by a foreigner as a single house on land with the right to use over ownership rights. Foreigners can also own a Sarusun built on the right of usage to land or Hak Pakai land. However, the Hak Milik Sarusun is not mentioned and only states that they can have Sarusun on the right to use.

Even the Basic Agrarian Law (UUPA) number 5 of 1960 gives foreigners the right to use to be able to own a Sarusun. The problem is, said Ali, that until now almost all apartments offered by developers have HGB status on land with the right to use, and not Hak Pakai.

Because of that, Ali posed the question, if foreigners could own apartments with usage rights, what about apartment projects that currently have HGB?

“Can we immediately give ownership rights to the Sarusun (Apartment) to foreigners because it would violate the ownership rules? If not, do all apartment projects have to be transferred first to use rights,” said Ali.

Therefore, this must be explained in detail by the government because if not, it will only create counterproductive precedents; the market and society will be confused. In addition, foreign ownership of apartments since PP No. 103/2015 has not been proven to be able to increase their interest in buying apartments in Indonesia.

Ali considered that the complexity of the ownership process is a serious obstacle. A similar opinion was expressed by Ferry Salanto, Senior Associate Director of Research at Colliers International Indonesia.

According to Ferry, the regulation of foreign ownership of apartments prior to the Job Creation Law has not yet been able to make the Indonesian property sector move significantly. Ferry also mentioned three factors as obstacles, namely land status, price limits, and immigration or more specifically foreign residence permits.

“The government must synchronise the status of apartment land, price limits must also be set, and the issue of immigration. If everything is synchronised, it will attract foreigners to buy apartments in Indonesia,” said Ferry.

A fundamental question arises, is the expansion of foreign ownership of apartments the right stimulus for the property industry in Indonesia at this time?

As long as the risk of external forces can be controlled, this policy can be a stimulus to drive the country’s property industry. However, if the demand for residential property from the domestic market is still higher than the potential additional demand from foreigners, meaning the property industry does not lack demand, it should be reviewed.

Also Read Can a Foreigner Buy Property in Indonesia?