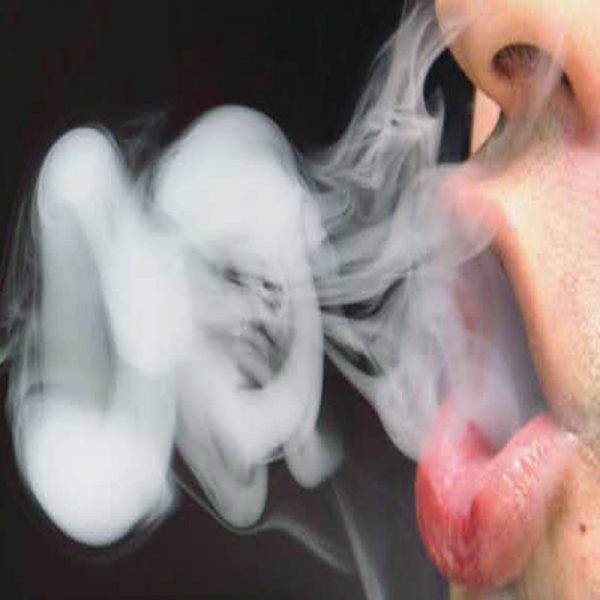 The swiftest punch in the face I’ve ever received came from a dense fist of tobacco smoke.

I was in a cafe when a stranger sitting next to me lit his cigarette and exhaled. It was like a physical assault as the smoke smacked me in the head. I recoiled. I almost slapped him across the face in reprisal. But he was oblivious to what he’d done, and threw a further upper-cut and then a jab as he puffed away, making me duck. He was young, in his early twenties, at an age when the health consequences of smoking are a problem so distant in the future they can be disregarded.

When I first arrived in Indonesia as a thirty-a-day smoker and saw how cheap cigarettes were, I knew I had found paradise. When I further saw how nearly everyone smoked wherever they pleased, I wondered if my airplane had in fact crashed into the Indian Ocean and I had gone to heaven. In no time I had graduated to being a sixty-a-day smoker. It was said that most Indonesian men needed just a single match each day, to light their first cigarette, with the rest being lit from ‘dog-ends’. This was one aspect of Indonesian culture where I was quite happy to assimilate with the natives.

The choice of so-called coffin nails was extensive, though I never did take to the ubiquitous clove-infused kretek cigarettes, disliking the fragrant fumes. Instead, I remained firmly in the Marlboro cowboy’s saddle. But boy did I smoke. When I got a job teaching English, I built my lesson plans around cigarette breaks. When taken ill and admitted to one of the few hospitals in Jakarta which imposed a no-smoking rule, I hung out of the window fifty times a day. I wound down the windows in air-conditioned taxis so I could smoke. I smoked in bed, during meals, in lifts. I had a fag in my mouth before, during and after sex.

Food or a smoke? The latter, hands-down. Ashtrays were my waypoints. Bins around me were quick to overflow with crumpled empty Marlboro packets. In English we have the saying ‘to smoke like a train’. In Indonesia it’s ‘to smoke like a truck’. I fancied I smoked more like Krakatau in training for 1883.

And then I tried to quit. I took this decision because, now that I was forty years old, smoking was making me feel decrepit. I was tired of my lungs being the first thing I noticed each morning. I was fed up with the coughing, the rasping, the nausea, as were those closest to me. I was sick of worrying about the insidious damage I was doing to myself, of shortening the odds against longevity. Most of all, I was fed up with being dominated by cigarettes, of tobacco companies ‘whipping my ass’ as the Marlboro cowboy might say. Also, I once had a coughing fit at the exact same time an earthquake hit Jakarta. For a few moments I thought that it was the convulsive power of my stricken lungs rocking the enormous building as I placed my forearm against the wall to steady myself as I coughed. I never recovered from the shock of that illusion.

Believing it important to avoid stress when giving up smoking, I took to unwinding in a restaurant on Jalan Jaksa, Jakarta’s premier street for – keeping it simple – backpackers, hookers, alcoholics, drug addicts, freeloaders and con artists. I was none of these. I simply liked the street’s colourful and roguish atmosphere, and I enjoyed drinking cheap beer. Yet there was often a threat of menace. There were two burly Irish brothers who embodied the stereotype of Irishmen as short-tempered drunks. We’ll call the moodier of them Aidan. One night, Aidan was brooding at the bar with a group of friends, one of whom had begun to interrogate me in a not unfriendly tone.

He asked me if I was from Ireland. I said I wasn’t. Then perhaps I was from New Zealand? No, I replied. Australia, then? Not there either. Wales? Uh-uh. Aidan, who had grown increasingly irritated throughout this exchange, turned around to me and growled so loudly as to hush the entire room, “Are you f—ing English or what?”

I wondered how fast I could sink a 650ml bottle of beer and leave. Before I could drain my drink, Aidan got off his stool like a cowboy dismounting a horse, and headed directly toward me. So this was it. The prophecy fulfilled.

Years ago, my mother would try to deter me from drinking by saying I’d end up dying in a bar. She would list all my relatives who had indeed perished in pubs, omitting to mention that most of those deaths had been brought about by German bombs dropped on London during the Blitz. So, was Aidan about to be the equivalent of a German, or perhaps an Irish, bomb?

There was one hope left. Several times in my life, an incoming lout had inexplicably taken a liking to me at the last moment, retracted his fists and engaged in banter instead of battery. I can’t say why. Sympathy? Empathy? Or some sort of superpower I possess: “… he disarms his enemies at close quarters with his deadly powers of cowering.” Not that it always worked, as my dental crowns and broken nose testified.

But it worked with Aidan. He paused, extended his paw and apologised. He even referred to himself as the equivalent of a contemptible person, using a word that cannot be printed here. And then he invited me to join his group at the bar for a drink. I would sooner have accepted his apology and been done with it. But he was insistent, so I asked for another large Bintang.

This was not the beginning of a beautiful friendship. We never sat together again. The next time I saw Aidan in the same bar, I was recklessly drunk. A friend had been annoying me, so in mischief I flicked a lighted match at him. Unfortunately, it only glanced his ear before continuing toward the back of Aidan’s girlfriend’s head, landing in her long black hair, which smouldered, then lit. My friend was able to spin around and discreetly remove the match and extinguish the flame before her head could surprise everyone in the bar by erupting. Aidan and his crowd were left wondering aloud where the smell of burning hair was coming from, while they checked one another’s locks.

The memory of that narrowly averted disaster makes me shudder even today. That was the last match I ever struck. Not another lighter did I buy. That night, I dismounted the Marlboro cowboy’s horse for good. Impressions of my coughing causing earthquakes were put behind me, along with buying fags instead of food and nearly setting innocent people on fire. I kicked the smoking habit and became part of the easy-breathing Indonesian minority.