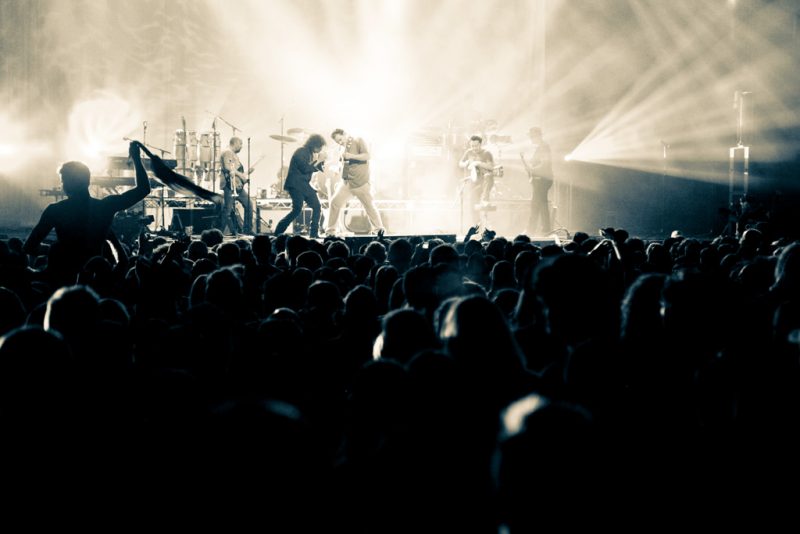 What does one look for in a music festival? Of course, there are many different types depending on the kind of music you’re after, but usually we have our ears set to the sounds of great bands, uplifting vibes, excellent food and drink choices, a unique location with ample camping options and value for money. In Indonesia, we are getting more and more choices for live music, and although the scene is definitely improving, I still haven’t come across a music festival that has a real atmosphere. One festival in particular, located at the most easterly point of neighbouring Australia, has the potential to be a convenient yearly escape for blues and roots music lovers in Indonesia and I went there to check it out.

Blues and roots music is a wonderfully eclectic mix that covers many genres, having something for every music lover; blues music originating in the late 19th century from African-American communities in the ‘Deep South’, and roots music which identifies with a particular culture, including folk, Americana, reggae, bluegrass, country, traditional and world music. The Byron Bay Blues & Roots Festival celebrated its 25th birthday this year, with over 100,000 in attendance, and big acts such as Dave Matthews Band, Buddy Guy, The Wailers, John Butler Trio, Jack Johnson, The Doobie Brothers and John Mayer were a few of the names on the lineup across six tents. There were also acts who were recently welcomed at the Java Jazz Festival, including Allen Stone, Erykah Badu, Joss Stone and India Arie.

The festivities in Byron Bay are held over a period of five days and always cross over the Easter weekend. Located at the Tygarah Tea Tree Farm, just a 20-minute bus ride from the idyllic beaches at Byron Bay, it’s a location difficult to top. Byron Bay in New South Wales was first settled by Europeans in 1770 when Captain James Cook found a safe anchorage and named Cape Byron after John Byron. Ironically, what was once a whaling town in the 50s is now an earth-loving hippy haven – a hub for surfers, music lovers and good vibrations – earning its hippy reputation when the Aquarius Festival was held in neighbouring Nimbin in 1973. The positivity of the host-town’s people was even noted by Dave Matthews, when he addressed his audience at his first performance, “I’ve been here for a week and it’s beautiful. The hospitality has been amazing!”

Staying in Byron Bay, you have the option to spend your mornings going for a swim or a surf in crystal clear waters and a good break, followed by listening to amazing buskers as you wonder through town admiring everyone’s fashion, enjoying delicious cuisine ranging from raw, vegan organic to pub grub, before hopping over to the festival when it opens its doors at noon, spending the rest of the day singing and dancing until midnight. If camping is your thing, the festival grounds have plenty of options, whether you’re in a tent or an RV, and busses to and from the festival run regularly. I’m told weather can sometimes be an issue and rains often accompany the festival, however I’ve been twice now and both times it has been sunny and warm throughout.

The festival was opened by Festival Director Peter Noble, who is a part-time resident of Bali, spending around three months a year in his home in Canggu. Peter gave some words of thanks before introducing the Arakwal People, the original habitants of the Byron Bay area. Peter is an advocate for preserving indigenous cultures, and he has another festival called Boomerang Festival, dedicated to indigenous music, which takes place in October, also at Tygarah.

Day one saw Buddy Guy headlining at Crossroads tent, and this 78-year-old blues guitar legend melted the audience with his smooth grooves and cheeky personality. As Jimi Hendrix said, “Heaven is lying at Buddy Guy’s feet while listening to him play the guitar.” As a reggae lover, I was thrilled the following day to witness Bob Marley’s remaining band members, The Wailers, play a 75-minute set of Marley classics, including Buffalo Soldier, Jammin’, Stir it Up and I Shot the Sheriff. The atmosphere was electric as the Rastafarian band’s fans danced the whole way through.

On the third day (Saturday), John Butler Trio packed out the main stage, engaging fans with his guitar solos and political talks. Proceeding him was the headline act, Dave Matthews Band all the way from the USA. Dave Matthews is known for his exceptional live rock performances, accompanied by brass instruments and comedic banter, and he wowed the audience for a staggering 150 minutes. At every show he brings on a special guest, and at this performance we were graced by the presence of Warren Haynes playing an electric guitar solo introduction to All Along the Watchtower. It was goosebumpingly enchanting.

Day four and five kept us entertained by positive vibration man (and adopted son of Byron Bay) Michael Franti, who brought in younger crowds and families, Elvis Costello and the Imposters, not to mention the blues legend Booker T. Jones. An older crowd enjoyed KC and the Sunshine Band on the final afternoon, playing dancing classic hits like Keep it Comin’ Love.

What I love most about this festival, however, is taking a walk to the smaller tents to discover acts I’d never heard of before. One such act I discovered kept the crowd jumping through their eclectic Latin, funk, hip-hop, jazz vibes; a seven-piece bank called Ozomatli from LA. Another new act to my ears were The Beards, an Australian comedy, folk-rock band made of hairy men singing about beards – they have four albums of beard-related songs!

The Byron Bay Blues & Roots Festival is as much a music festival as it is a food festival, with tasty treats from all over the world – Indonesian, Chinese, Japanese, Hungarian, South American, Italian – not to mention bars and coffee shops, and is even complete with a Chai Tea cafe. A second VIP bar area was added this year and the VIP band can give you access to a bit of breathing space from the bustle of the festival, where you can relax on sofas, not to mention access queue-less, more spacious and nicer toilets. Shop stalls beautifully decorate the festival, selling anything from artistic fairy lights to alpaca ponchos. During the day, acrobats and buskers perform side shows, and once the sun goes down, a parade of giant lanterns turn the atmosphere magical.

Now if all that doesn’t sound amazing enough already, the icing on the cake is that everybody at the festival is down-to-earth, friendly and heart-warming, including the staff. Australians really do have a lovely temperament and this festival will make you fall in love with their laid back ways. Not one arrest was made at this year’s festival, but that doesn’t mean that everyone wasn’t having a good time!

The Bluesfest is up there with Glastonbury and the New Orleans Jazz Festival, and it’s not much more than a flight away. I can’t recommend this festival enough to anyone in Indonesia who loves real music and wishes to completely unwind and remember what it is to smile at strangers.

A French Resort-Spa Nestled In The Heart Of Bali