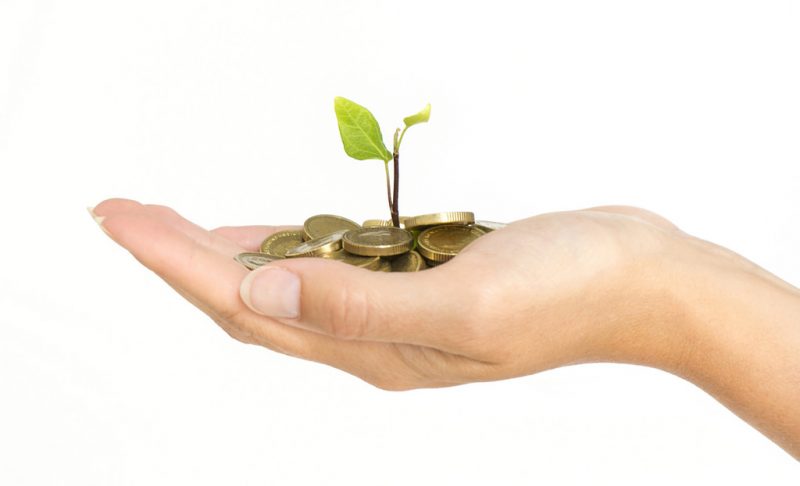 A conman has been arrested near Jakarta after fleecing at least Rp.1 billion (US$75,000) from people who believed his “religious powers” could transform leaves into money.

It was appropriate that Afandi Sangadji Idris, 48-year -old, was arrested on April 1. For more than a year he had been fooling people by posing as an Islamic preacher capable of conjuring up riches from worthless acacia leaves. According to conventional Indonesian wisdom, acacia trees deter termites. Unfortunately, they did not diminish Afandi’s appetite for chewing through gullible people’s cash.

He sold boxes of leaves for up to Rp.3 million (US$225) apiece, claiming the foliage would turn into Rp.1 billion in cash through the power of prayer and Islamic study.

Afandi, who comes from the West Java city of Bogor, had first been arrested for fraud in 2012. He subsequently reinvented himself as an ustadz – an honorific title for an Islamic teacher, not requiring an actual certification process.

Renting a house in Tangerang, Banten province, Afandi commenced his latest get-rich-quick scheme in November 2015. He invited people to join a “religious study group,” promising he could provide them with venture capital of Rp.1 billion, but only if they gave him charitable donations.

For example, if someone wanted to buy a motorbike, a car or a house, or start a business, Afandi would ask them to “donate” anywhere from Rp.500,000 to Rp.15 million. In return, the person would receive cardboard boxes or sealed envelopes of leaves, to be opened at a later date.

The phony preacher held daily prayer meetings, initially attracting about five people. By early 2017, he had at least 137 followers and had rented the adjoining house to make space for them. Among his flock were people with chronic illnesses, hoping for a miracle cure. There were also businesspeople seeking solutions to financial problems. All were required to give alms. Some of the followers stayed at the houses and received food purchased from their donations.

Afandi was arrested after ten of his followers reported him to police because their leaves had failed to become money, despite their solemn prayers.

Police swooped on his houses and seized evidence including 12 cars, six motorcycles, three sacks of leaves, 300 cardboard boxes and South Korean banknotes amounting to 5,000 won (a mere US$4.40 or Rp.56,000).

The conman had given South Korean money to some of the victims, telling them that bank officers would later exchange it for rupiah. Afandi also showed photographs of money to his devotees to “prove” he had lots of cash.

One of the victims, 48-year-old Suhendar, spent Rp.15 million on five useless boxes of leaves, which he had expected would yield Rp.5 billion.

“[Affandi] said to store them and open them later at the right time; God willing they would turn into money. The promise was one box, one billion [rupiah],” he was quoted as saying by detik.com.

One unusual detail of the case was that many of the victims had a sticker of Doraemon, a Japanese cartoon robotic blue cat without ears, affixed to their cars. Police could not explain the significance of the stickers.

Locals said most the followers were “outsiders” from other neighbourhoods. The village chief was aware that Afandi’s house was often crowded with visitors but he suspected nothing suspicious because from the outside it seemed like harmless religious activity.

Despite Afandi misusing Islam for fraud amid heightened religious tensions, no demonstrations demanding jail time have yet occurred.

Police said Afandi could face up to 20 years behind bars if convicted of fraud and money laundering.

This is not the first time an Indonesian conman has pretended to have the power to change leaves into money. Back in 2012, police in Jakarta arrested a gang of three men who performed a similar stunt. They would cruise budget hotel lobbies for gullible people and invite them to see a “holy man” transforming a bucket of leaves into cash.

The bucket would be covered with an Islamic prayer cloth, a prayer would be recited and sleight of hand resulted in money appearing at the top of the pile. Foolish people would then buy their own bundles of expensive leaves, wrapped in prayer cloths to be opened later.

Progress has been plodding in the case of Taat Pribadi, a conman who gave himself the royal title of Dimas Kanjeng. He was arrested in East Java in September 2016 on suspicion of ordering the murders of two associates, financial fraud and money laundering.

He is now on trial for murder and fraud at the Kraksaan District Court in Probolinggo in East Java. State prosecutors on February 16 recommended he be sentenced to death.

Dimas embezzled an estimated Rp.1 trillion from people who believed he could magically double money out of thin air. With vast financial resources at his disposal, it will be interesting to see how harshly he is punished.

Five of his security guards in February 2015 murdered Ismail Hidayah and then in April 2016 murdered Abdul Gani because the two had threatened to expose the scam. After being arrested, the perpetrators told police that Dimas had paid them Rp.320 million for the second killing. In March this year, the five were sentenced to between 10 and 20 years in jail, whereas prosecutors had sought life sentences.

Several of the killers subsequently recanted when appearing as witnesses in the trial of Dimas, insisting he had no connection to the murders. A defence lawyer claimed the men had been subjected to physical violence when first interviewed by police, forcing them to accuse Dimas of commissioning the murders.

While conmen pretending to have religious or supernatural powers are often exposed and debunked, there are always people who prefer to believe in supernatural mumbo jumbo, whether it be using psychic powers to bend spoons or incantations to change leaves into cash.

Why does superstition prevail in an age of science? Perhaps the strings of political manipulation are easier to pull when a populace is more inclined to follow the supernatural, rather than exercise critical thinking.