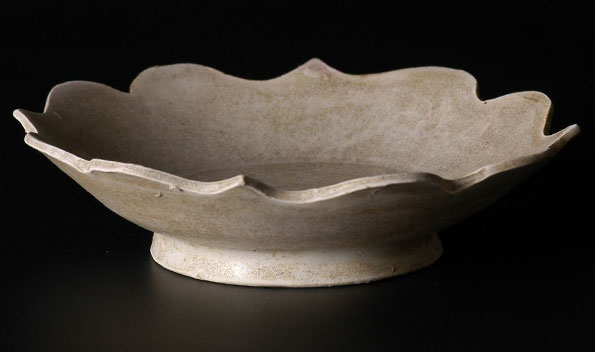 Ancient shipwrecks on Indonesia’s sea floors have become just another resource to be plundered – often resulting in the loss of archaeological evidence that could have shed light on early trade routes and the arrival of foreign culture and religion. Contrary to common opinion, the oldest wrecks are not only Arab merchant ships, but also local vessels from the Sriwijaya Kingdom, likely sent on trade missions to China, India and elsewhere.

Malayo-Polynesians were among the world’s earliest master boat builders, travelling to China from at least 300 AD. Their influence could be seen on later ships in China and even as far as Kenya. After 1100, the Chinese began to dominate regional sea trade due to their efficiency, and they were later followed by the Europeans.

Based on old shipping records, there are about 200 undiscovered Dutch wrecks in Indonesian waters, and probably more from local, Chinese and Arab vessels. Some treasure hunters claim there may be 24,000 unexplored wrecks, while one official from the Culture Ministry puts the number at 500,000.

With a single wreck potentially containing artefacts worth millions of dollars, unscrupulous operators pay local officials to turn a blind eye to looting. This is immensely frustrating to scientific divers and archaeologists who obey the stringent regulations to obtain excavation licenses.

Accessible wrecks are located at depths up to 60 metres. Most of the shallowest ones have been looted. Sonar imaging can detect large objects on the seabed, but sunken ships are often spotted because they serve as artificial reefs, thus attracting fish. Some sites have been damaged by fishermen using explosives to catch fish.

According to a Navy source, former president Suharto once ordered the bombing of wrecks off Sulawesi because they had attracted yellowfin tuna and in turn, illegal fishing vessels from the Philippines.

British treasure hunter Mike Hatcher gained notoriety in 1984 after he blew apart the wreck of the Geldermalsen, a Dutch East India Trading Company vessel that sank off the Riau islands in 1752 with cargo including Chinese ceramics and gold. The treasure was auctioned in 1986 by Christie’s in Amsterdam for about $20 million. Indonesia received nothing from the proceeds. The government was embarrassed because a Navy patrol had caught Hatcher but gave him three days to finish his plundering and leave.

In response to foreign plunder, the government in 1998 established the National Committee for Salvage and Utilization of Valuable Objects from Sunken Ships (PanNas BMKT). The committee now comprises representatives of 16 government ministries and the National Police and Navy. Salvage companies wishing to excavate shipwrecks must apply for a license from PanNas BMKT. Once permission is obtained, representatives should be aboard the salvage vessel to ensure everything is catalogued and nothing is stolen. The artefacts are sent to a warehouse, where the government’s team selects the most unique pieces – purportedly for preservation as national heritage treasures. The remaining treasure is then to be sold by auction, with the proceeds to be split 50-50 between the salvage company and the government.

Indonesia’s museums aren’t brimming with treasure. Many of their antiquities are fakes, while some recovered treasure ends up in the private collections of politicians, tycoons and security officials. Jakarta’s Maritime Museum at Pasar Ikan in Sunda Kelapa is nothing special. Under a 2010 law, anything on the seabed older than 50 years is deemed Indonesian heritage and not allowed out of the country. One company was denied permission to recover a huge cargo of rubber from a vessel that sank after World War II – because the rubber became a national heritage item.

The 2001 UNESCO Convention on the Protection of Underwater Cultural Heritage bans the commercial exploitation of underwater sites. Indonesia is not a signatory. The government lacks the resources to guard shipwrecks and is unwilling to finance excavations.

German oceanographer Fred Dobberphul, who serves as the scientific director of a maritime exploration company, has been involved in some of the most significant excavations in Indonesia. Most famously, the Cirebon Wreck – a local vessel that sank off West Java in about 970 with a cargo including Chinese ceramics and Islamic objects. It was discovered by fishermen in 2003 and excavated by a local firm and foreign partner over 2004-05. The salvagers complied with all regulations and brought archaeologists aboard to examine the wreck and artefacts. But in March 2006, Dobberphul and a French colleague were arrested and accused of violating the 1992 Law on Cultural Heritage. Police denied that a rival salvage firm with political connections was behind the arrests. The two divers were released after five weeks and the case was later dropped. 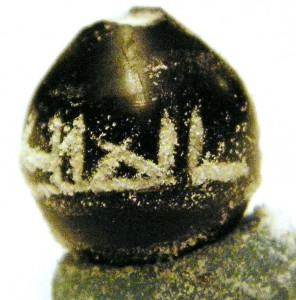 Items from the Cirebon Wreck reveal that Islam reached Indonesia much earlier than historians had previously thought. Among the artefacts were rosary beads with Arabic lettering and a stone mould used for making amulets with Islamic inscriptions.

Dobberphul informed authorities of five more wreck sites but his applications for licenses were denied because of a moratorium on excavations. Three of the sites are now completely looted. The diver also witnessed a wreck that was bombed during a dispute among rival looters. “I like to be scientifically and archeologically accountable. But I cannot get approval to do my work, and meanwhile this looting continues,” he says.

Some looted artefacts are allocated to police and military officials as “gifts”. Only the small-time plunderers are ever arrested, while their financiers remain above the law.

In past salvage operations, Dobberphul hired foreign and local archaeologists. His local divers are paid Rp.10 million a month and given insurance. Looters earn much less and risk getting decompression sickness (which can cause paralysis and death) due to a lack of education and safety standards. Dobberphul is trying to establish a local scientific diving training centre.

An excavation, not including boat hire, costs about $120,000 per month but depends on crew size, depth and other factors. The salvage firm must pay to get government and Navy representatives on board. The Cirebon Wreck operation cost about €5 million and netted treasure worth an estimated $80 million.

Dobberphul was also involved in the Belitung Wreck – an Arab dhow which sank off Sumatra’s Belitung Island in about 862 while returning from China to Arabia. The wreck yielded the world’s oldest cobalt blue and white underglazed plates, but Dobberphul’s favourite personal find was an intricately decorated solid gold goblet. It is now in Singapore’s Sentosa Museum.

Lesser shipwrecks in other countries have spawned museums, books and big business from tourism, but Indonesia seems unable to tap the vast potential from its maritime heritage. There are some fascinating tales to be told, such as the Forbes, a British privateer running opium and weapons between Calcutta and Indonesian islands. It went down off Belitung in 1806 with a load of jewels, coins and weapons, while its Scottish captain went on to have many more adventures.

Rather than focus on history, the government seems content to allow powerful people to amass vast private collections and traders to sell artefacts abroad. The best alternative to looting would be controlled commercial excavations, with an emphasis on archaeological examinations.

Archaeologist Horst Liebner, a former advisor to the Maritime Ministry, laments the lack of national appreciation of Indonesia’s ancient nautical achievements. He feels the Dutch suppressed this maritime heritage for political reasons and is hopeful that pride can be restored.

The Fountain and Dandelion: The Perfect Urban Retreat