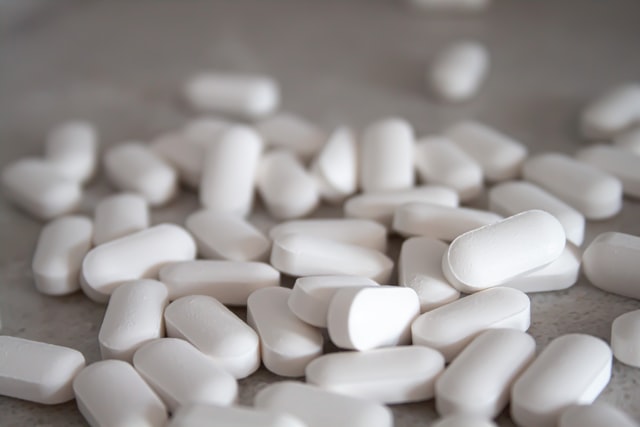 Pharmaceutical giant Pfizer has announced the results of an experimental antiviral drug that can reduce the likelihood of hospitalisation or death for adults at risk of severe COVID by 89 percent.

The data was uploaded by Pfizer through its official website. In a statement, Pfizer announced trial results showing that the pill surpasses Merck & Co Inc’s pill, molnupiravir, which last month was declared to halve the chance of death or hospitalisation for COVID-19 patients at high risk of disease.

“This drug will become a new weapon in the fight against the pandemic and will be available globally as soon as possible,” the company wrote.

Pfizer’s new medicine, under the brand name Paxlovid, could gain US regulatory approval by the end of the year. The company said it plans to submit provisional trial results to the Food and Drug Administration (FDA) before 25th November.

The statement also noted that the independent expert board monitoring its clinical trials recommended that the study be terminated early because the drug’s benefits to patients proved to be so convincing.

“The results were truly beyond our wildest dreams,” said Annaliesa Anderson, a Pfizer executive who led the drug’s development, according to the NYTimes.

She expressed hope that Paxlovid could have a major impact in helping the world return to normal and see the end of the pandemic.

Pfizer said it hopes to produce enough pills for more than 180,000 people by the end of this year and for more than 21 million people in the first half of next year. Merck has also said it plans to increase production over the next year.

A senior administration official stated that the US government had negotiated for enough doses for 1.7 million treatment courses, with an additional option for 3.3 million. That’s about the same amount the United States has ordered from Merck. The government expects to pay about $700 per treatment for both drugs, she explained.

“If authorized by the FDA we may soon have pills that treat the virus in those who become infected,” Biden said. “The therapy would be another tool in our toolbox to protect people from the worst outcomes of COVID.”

Pfizer’s new treatment is given in combination with an antiviral called ritonavir. The course of treatment involved taking three pills twice a day and needs to be given as early as possible to be effective.

The medicines from Pfizer and Merck have been highly anticipated because the options currently available to treat people sick with COVID-19 are limited. Complete trial data is not yet available from either company.

Pfizer is in active discussions with 90 countries regarding supply contracts for its pills, said Chief Executive Officer Albert Bourla.  “Our goal is for everyone in the world to have it as quickly as possible,” Bourla added.

According to the NYTimes, a number of developed nations, including the UK and Australia, are also racing to lock in the supply of the drug. Pfizer said it plans to offer the drug to developing countries at a discount.

The company has been in talks with the UN-backed nonprofit Medicines Patent Pool to allow the pills to be manufactured and sold cheaply in these countries. Merck has reached a similar agreement.

Even with the potential to treat infected people with the Pfizer and Merck options, infectious disease experts still recommend vaccines to prevent COVID-19 infection.

“Vaccines are still the most effective and reliable tool we have in this pandemic. While these oral drugs will increase our ability to actually reduce the risk of severe illness, hospitalisation, and death, which is enormous, they will not prevent infection,” said Dr. Grace Lee, Professor of Pediatrics at Stanford University School of Medicine.

Pfizer’s 89 percent efficacy rate was measured in a group of volunteers who started treatment within three days of symptoms developing.  Including people starting treatment on day four or five, the pill reduced the risk of hospitalisation or death by 85 percent.

In contrast, Merck’s treatment is about 50 percent effective when given within five days of the onset of symptoms, although the different designs and timings of the Pfizer and Merck trials make the comparisons imprecise.

Monoclonal antibody treatments reduce hospitalisation and deaths by at least 70 percent in high-risk COVID-19 patients, but they are more expensive and more complicated to administer.

Pfizer’s drug belongs to a class of so-called protease inhibitors commonly used to treat HIV and hepatitis C. These drugs are designed to stop the replication of the coronavirus by blocking the activity of a key enzyme that the coronavirus uses to replicate inside cells.

The company also says that its research shows that the drug is safe and doesn’t cause any worrying mutations. Some scientists have raised concerns about the Merck pill, which works by inserting an error into the virus’ genetic code to stop replication, which is a different mechanism to Pfizer.