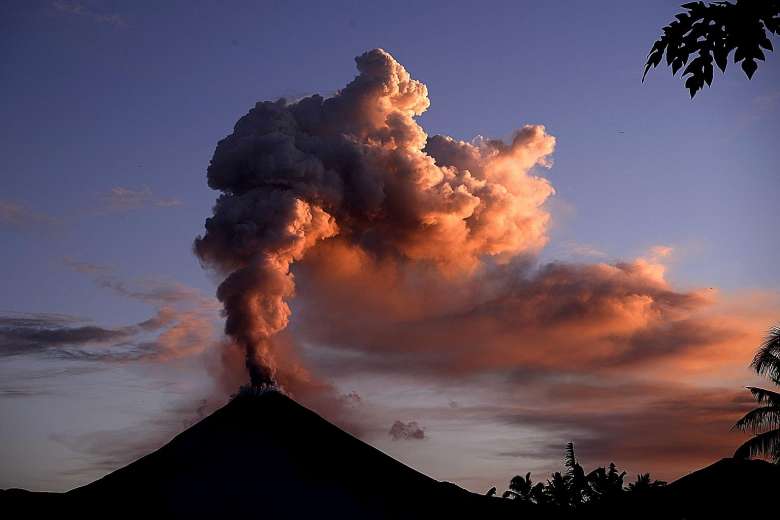 A volcano in Minahasa, North Sulawesi has erupted on Sunday morning at 8.57am, spewing a 7,500-metre-high ash column and thick smoke into the sky, according to the Center for Volcanology and Geological Hazard Mitigation (PVMBG).

Mount Soputan was monitored to have ash drifting to the south and southwest following the eruption. It was followed by tremors that lasted around 30 minutes.

In anticipation of hot ash and lava sliding down the slope of the volcano, local residents have been urged to avoid activities within 6.5 km to the west and southwest of the crater and are advised to remain outside a 4 km radius from the peak.

Riverbank settlements near the mountain, such as those located along Ranowangko, Lawian, Popang and Kelewahu rivers, were also warned of the potential for lava flows following rain.

Mount Soputan is one of Indonesia’s more than 120 active volcanoes.

Indonesia, an archipelago of more than 260 million people, is prone to earthquakes and volcanic eruptions due to its location on the Pacific “Ring of Fire.”

Locals United to Save Stranded Whales