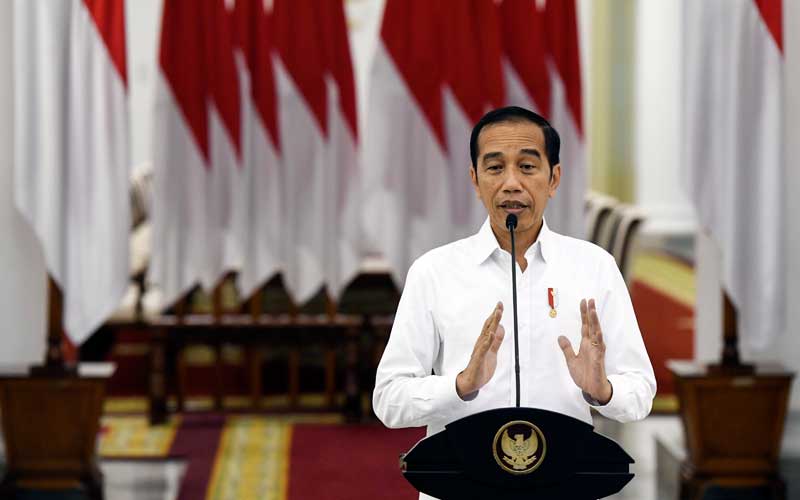 President Joko Widodo has finally announced a decision to prohibit people from returning home for the end of Ramadan. Locally known as mudik, people would normally travel home for Idul Fitri, but this year it will be banned in order to prevent the spread of COVID-19.

“On this day, I took a big decision. In today’s meeting, I said that homecoming will be forbidden. Therefore, the preparation of this prohibition will be undertaken,” said the president through a teleconference. He further explained that his decision was based on an evaluation by the government.

Furthermore, the Director General of Inland Transportation, Budi Setiyadi, asserted that rules will be laid out and there would be sanctions for anyone violating the order. He said he believed that sanctions can be applied in reference to the Law No. 6 year 2018 about Quarantine Health. Referring to article 36 Law No. 3 year 2018, sanctioned can be varied and range from a warning to administrative fines.

“The lightest sanction could be the that people travelling in their vehicles are prevented from  continuing their homecoming journey,” he explained.

Meanwhile, the Indonesian National Police is working on the scenario to maintain security during Eid homecoming 2020 in the middle of COVID-19. The security process, as discussed by the Head of General Administration of the National Police (Kabag Penum), Kombes Asep Adisaputra, has been called Operation Ketupat 2020.

“This plan is very dependent on whether it is decided to ban homecoming. Currently, we are preparing two operating patterns,” said Asep in a written statement before Jokowi gave official confirmation of the ban. The first scenario planned for a banning of homecoming. Having now been announced, the plan will involve the police closing access to road vehicles on both toll and non-toll roads.

“Vehicles transporting groceries e.g. fuel oil (BBM), medical devices, and those related to the prevention of the spread of the coronavirus will be excluded,” he continued.

Individuals who break the rules and attempt to return home may be penalised with one year in prison or a fine of up to Rp100million. Asep stated these sanctions refer to Law No. 6 of 2018 on Health’s infidelity Article 93 of the State Rules.

In addition, the banning of mudik will result in the closure of the exits out of the Jabodetabek area. From there, all land transportation will also be closed. In recognition of the economic troubles in the area, social aid is also being distributed as well as a pre-work card scheme.

Under the plan, supervision oof people who try to make their way home will be conducted at a number of checkpoints throughout the area.

Previously, the government’s policy for Eid Homecoming 2020 was limited to encouraging people to not return to their hometowns, depending on the development of the COVID-19 outbreak. The president had come in for criticism for not having a strong stance on the matter.

Public policy observer at the University of Indonesia (UI) Defny Holidin, judged that initially still allowing the public to return to their hometowns was due to the dilemma between choosing to save lives from the pandemic and potentially fuelling an economic crisis that would follow since it’s considered a block to economic growth.

“Homecoming, for the government, is not merely a social phenomenon but an economic phenomenon. Mudik is mobilising the distribution of resource assets and community capital independently and efficiently,” said Defny.