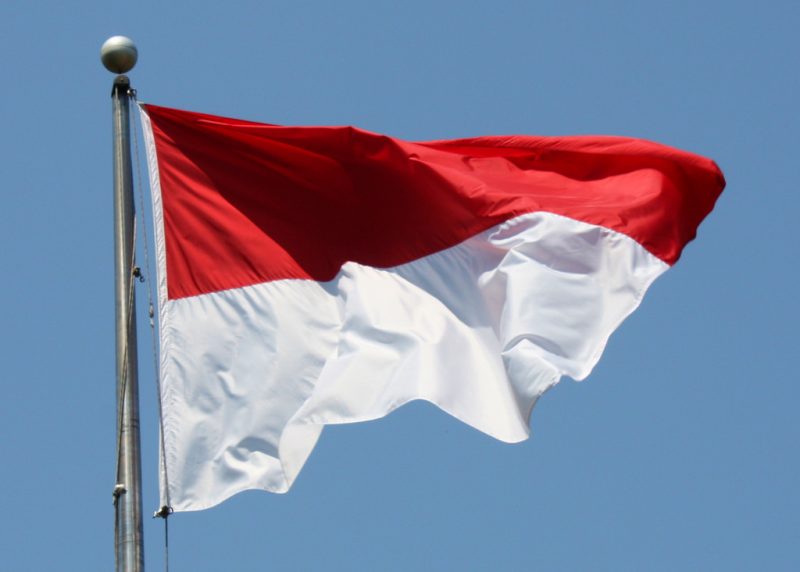 Indonesian police claim they have already charged a man believed to have desecrated the Indonesian flag with Arabic writing.

The man, known to the media as NF, is accused of raising the red-and-white Indonesian flag with Arabic writing and a pair of crossed swords during a recent rally by the Islamic Defenders Front (FPI), a hardline Muslim group, in front of the police headquarters. The alleged crime is captured on video that has already gone viral on social media.

Vandalizing, desecrating or damaging national symbols such as the country’s flag and the language is a serious violation. “There’s a one-year prison sentence for anyone who violates [the law],” chief of police Gen. Tito Karnavian said.

Despite the perpetrator being identified, the police are still conducting a more thorough investigation. One of the department’s objectives is to determine whether the man is part of FPI or just one of the sympathizers, although they learned he often participated in FPI rallies. They also want to know if other persons are involved or if there’s a mastermind. So far, they’ve already interviewed four witnesses.

The FPI has already denied the man as being part of their organization or the National Movement to Safeguard the Indonesian Ulema Council’s Edicts (GNPF-MUI). Moreover, FPI Jakarta Secretary Novel Bamukmin thinks an infiltrator is trying to defame the group. “It’s a slander aimed at us,” he said.

Based on Novel’s story, a teen who wore no Muslim clothes and hat raised the flag during the rally. After seeing it, Novel ordered the security to have it taken. He also claimed he didn’t have the time to question the teen about his actions.

Although FPI supports the investigation, Novel hopes it’s going to be full and fair, especially since there’s an alleged difference between the flag seen on the video and the one taken away. Moreover, he wants other similar cases to be investigated as well. In 2013, American rock band Metallica was seen holding a modified Indonesian flag with the band’s logo.