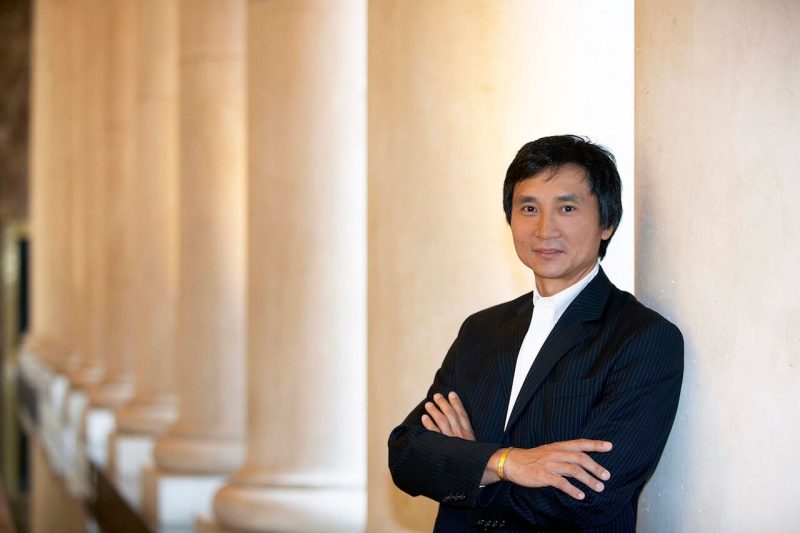 Chinese-Australian dancer Li Cunxin has been enjoying his long yet productive retirement for years, and he has chosen to trade his ballet shoes for traveling across the world to teach young talents and be a motivational speaker. After an 18 year absence, the ballet star who came into prominence during the height of Mao’s cultural revolution, finally made his stage comeback.

One fine morning in September, I had the opportunity to observe a ballet workshop. I was told that it was a masterclass that was going to be led by a prolific dancer. Yet, for some reason, it still did not occur to me that I was actually going to meet one of the world’s most prominent figures in the ballet industry.

By the time I arrived at the dance studio there was already a group of young ballerinas and journalists sitting on the side, taking notes and watching the dancers pointing their feet and doing their pirouettes. As I decided to join these journalists, I realised that the great Li Cunxin was standing right before my eyes.

For around two hours, Li taught a number of routines to the dancers. As an instructor he was calm yet assertive, patient yet observant, highly skilled yet approachable. Of all the qualities I discovered in him while he was teaching these young dancers, his joy and passion were those that really caught my attention the most.

Li was willing to share his story and love for dancing after the class. He believes that teaching young talents gives him the pleasure of passing on the knowledge and experience he has gained throughout his dancing career to future generations, especially after having gone through such a long journey in life and having worked with so many great artists from around the world.

Li’s journey in ballet started when he was just 11 years old. “Ballet was a gift to me,” Li said. The sixth of seven sons, Li was raised in a rural area in China during the end of Mao Zedong’s catastrophic “Great Leap Forward”. In 1972, he was ultimately selected by the Chinese government to attend Madame Mao’s dance academy in Beijing, an opportunity that he initially took in order to lift his family out of poverty, but which ended up completely changing his own life for the better.

At the beginning, Li struggled with his dancing studies and did not enjoy it at all. But his motivation to turn his family’s fortunes around kept him going. One day Li came home and confessed to his brother how much he hated studying ballet. To his surprise, his brother reminded him of how lucky he was to have received such a privilege when many of his relatives were still fighting for a decent quality of life.

Struck by the words of his brother, he returned to his studies with more dedication and eventually found himself falling for the beauty of ballet.

Years later, Li began developing his international career. By 1979, he was rewarded with a scholarship to study in the US for a year and soon after he started a romance with a young ballet student from Houston, Elizabeth Mackey. In love and astonished by the freedom and democracy found in the US, young Li thought of defecting. He was briefly incarcerated by the Chinese Ministry of Culture in Houston and threatened with deportation, but was eventually released. He got married to Elizabeth, secured his legal status in the US and went on to become a principal dancer at the Houston Ballet. The marriage did not last, and at the age of 38 Li decided to retire and become a stockbroker in Australia.

“I was managing a very successful department in one of the largest stockbroking firms in Australia and dancing at the same time for the last two years of my dancing career.” he remembers. “The pressure was getting unbearable and I couldn’t really do both.”

He adds: “I felt that at the age of 38 I really had danced pretty much everything I wanted to dance. I was lucky, a very lucky person. I worked with the most famous choreographers and teachers, danced on the most prestigious stages in London and New York, and had done all the wonderful roles in Ballet. I felt that I was pretty much satisfied with what I had accomplished. So I was ready to retire and I think that was the right decision.”

During his retirement Li spent much of his time inspiring others by sharing his journey. He traveled across the world to become a motivational speaker, not just in dancing but also in other kinds of industries. His journey was eventually documented in an international best-selling autobiography that was published in 2003 and made into a Hollywood movie under the same title, Mao’s Last Dancer. In 2012, he was approached by the Queensland Ballet to become the company’s Artistic Director. He accepted the role, although the 56-year-old continues to travel the world in search of amazing talents.

When Li was asked by the Australian embassy to teach a masterclass in Indonesia he happily obliged. He visited Indonesia for the first time in 1996 to perform in a tour and was excited to come back bringing two of his dancers from the Queens Ballet with him. They were invited to perform in the International Ballet Gala at Taman Ismail Marzuki.

After giving the workshop, Li says that he was very impressed by the local talents. Having said that, he finds that it is important for dancers here to establish a systematic method of training. “I was professionally trained for seven years from age 11 to 18. That’s the crucial age for dancers to develop a great level of discipline and professionalism. I feel that the talents are definitely here but you need to develop a professional environment to help these dancers thrive,” Li explained.

During his second visit to Indonesia, Li felt that there was more enthusiasm within the country’s ballet and dancing communities. As an Artistic Director, he believes in the importance of fostering cultural exchange and hopes that his visit to Indonesia will be the beginning of more collaboration. This will hopefully help his ballet company become “a powerhouse” in the Asia Pacific region.

Li admits that he was planning to come out of retirement and return to the stage at some point. Over the years he has frequently been asked to make a comeback but did not exactly know if that would be a good idea. He did not immediately refuse the offer and if it was going to happen he wanted to make sure that it would happen at the right moment. That moment finally came last December, when he made his stage comeback in a special performance of The Nutcracker in Brisbane.

While the internationally-acclaimed dancer initially learned ballet to help support his family, he now sees it as an invaluable experience that has made him the way he is today. He continues his mission to show people that ballet can actually have a lasting impact on people and cultures. I asked him why ballet remains relevant in contemporary society. He said:

“Ballet is such a beautiful artform. It is so graceful. And it’s the ultimate dance artform in my opinion because it has such precision, such perfection. And without total dedication and total hard work it’s very difficult to attain that standard. When you get to that standard, no other dance form can be that beautiful. It’s just so complete.”